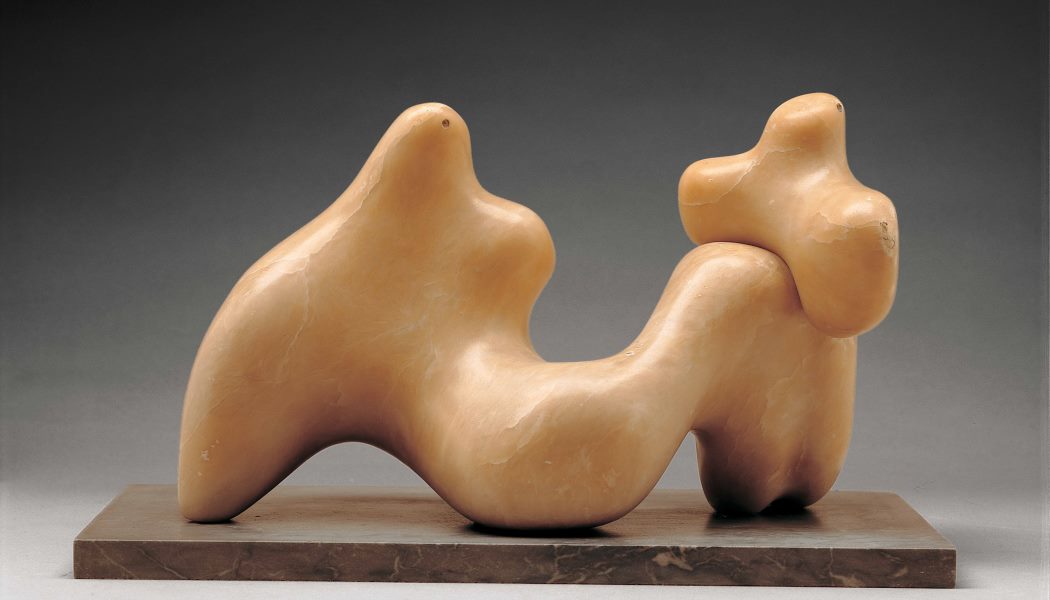 A major exhibition into the work of one of Britain’s greatest artists, Barbara Hepworth, opens at Tate Britain tomorrow

Barbara Hepworth (1903-75) was a leading figure of the international modern art movement in the 1930s, and one of the most successful sculptors in the world during the 1950s and 1960s. This major retrospective emphasises Hepworth’s often overlooked prominence in the international art world. It also highlights the different contexts and spaces in which Hepworth developed and presented her work, from the studio to the landscape.

The exhibition features over 100 works, from Hepworth’s major carvings and bronzes to her less-familiar works. It opens with Hepworth’s earliest surviving carvings from the 1920s, such as Doves 1927, alongside works by predecessors and peers from Jacob Epstein and Henry Moore to lesser known contemporaries. Comparisons with works such as Figure of a Woman 1929–30 reveal how Hepworth related to a wider culture of wood and stone carving between the wars.

Living together in Hampstead, London, Hepworth and her second husband Ben Nicholson made works in dialogue. Major carvings including Kneeling Figure 1932 and Large and Small Form 1934 are shown with paintings, prints and drawings by Nicholson and rarely seen textiles, drawings, collages and photograms by Hepworth. Photo albums compiled by Hepworth and Nicholson show the two artists with their works, demonstrating a shared idea of life integrated with art. 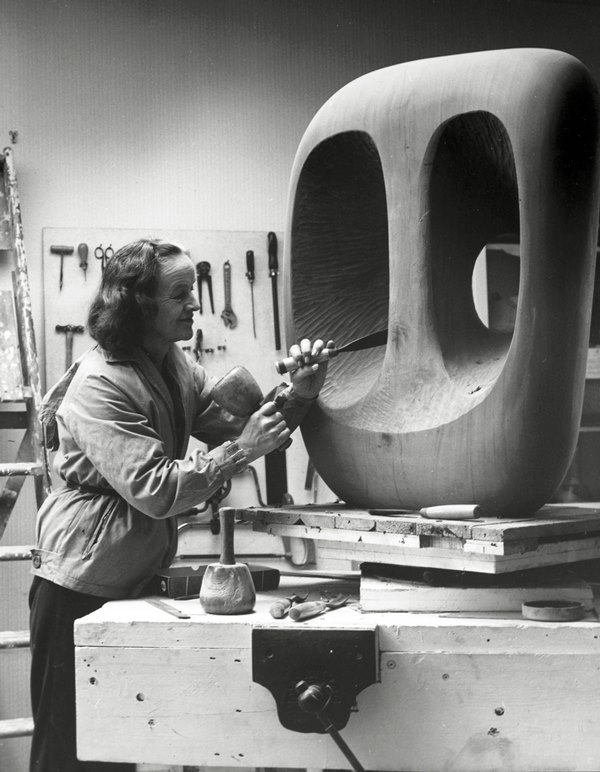 In the later 1930s, as part of an international avant-garde brought together through exhibitions and magazines, Hepworth made more purely abstract work. A display of the majority of Hepworth’s surviving carvings of this period includes Discs in Echelon 1935 and Single Form 1937-8 alongside the journals in which they featured among artists such as Alberto Giacometti and Piet Mondrian.

In the mid-1940s in St Ives, Cornwall, Hepworth began making sculptures in wood, for example Pelagos 1946, which expressed her response to her new surroundings. These are set alongside her two-dimensional work: the abstract works on paper of the early 1940s and her figurative ‘hospital drawings’ of 1947-8, both expressing in different ways utopian ideals. A selection of photographs and film reveals the different ways in which Hepworth presented or imagined her sculpture – in architecture, in landscape, in a gallery, in the garden and on stage – and the impact such varied stagings have on the work’s interpretation.

Four large carvings in the sumptuous African hardwood guarea (1954-5), arguably the highpoint of Hepworth’s carving career, are reunited for this exhibition. In the post-war period, Hepworth’s sculpture became a prominent feature on the international art scene. The exhibition will display bronzes from her 1965 retrospective at the Kröller-Müller Museum, staged within a partial reconstruction of the pavilion originally designed by Gerrit Rietveld.

Barbara Hepworth: Sculpture for a Modern World is curated by Penelope Curtis, Director, Tate Britain; Chris Stephens, Lead Curator, Modern British Art and Head of Displays, and Assistant Curator Inga Fraser with Sophie Bowness, the artist’s granddaughter. The exhibition is accompanied by a fully illustrated catalogue. It tours to the Kröller-Müller Museum, Otterlo in the Netherlands this autumn and to the Arp Museum, Rolandseck in Germany next year.