MoMA launched its new exhibition Björk this week, which is a retrospective dedicated to the multifaceted work of the singer, composer, and musician, which offers an experience of music in many layers, with instruments, a theatrical presentation, an immersive sound experience, a focused audio guide, and related visualisations—from photography and music videos to new media works.

The exhibition draws from more than 20 years of the artist’s daring and innovative career, beginning with her eight full-length albums and multiple collaborations with directors, photographers, designers, artists, and other experimental practitioners, and culminating in a new, immersive music and film experience commissioned by MoMA.
Conceived and organised by Klaus Biesenbach, Chief Curator at Large at MoMA and Director of MoMA PS1, the exhibition is made possible by a partnership with Volkswagen of America. The product of a close collaboration between Biesenbach and Björk, the exhibition brings together a chronology of sounds, videos, objects, instruments, costumes, and images that express the artist’s overarching project: her music. 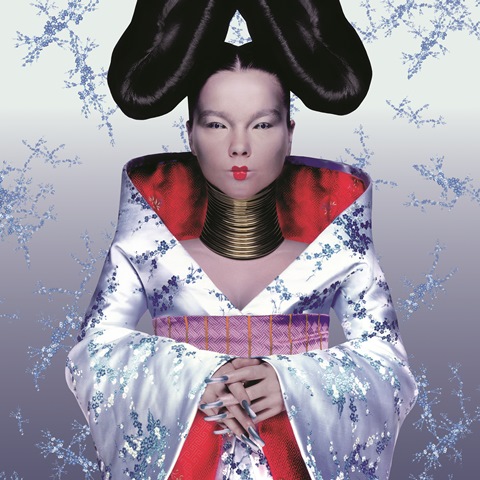 Chronologically, the exhibition begins with the release of Björk’s first mature solo album, Debut, in 1993, and proceeds through her career up to her most recent work in 2015, including a new video and music installation commissioned especially for the Museum, Black Lake (which also appears on her new album, Vulnicura).

“An uncompromisingly original and highly accomplished auteur and solo artist in her composing, singing, and music, Björk is notably open to collaboration and interpretation of her work, extending even into education and audience participation,” said Biesenbach. “Over the decades she has also developed a highly collaborative practice to visualise and express her music and lyrics. Working with photographers, film- and video-makers, designers, architects, craftsmen, and inventors, she crosses over into all categories of high and low culture, digital and analog, into most creative fields.” 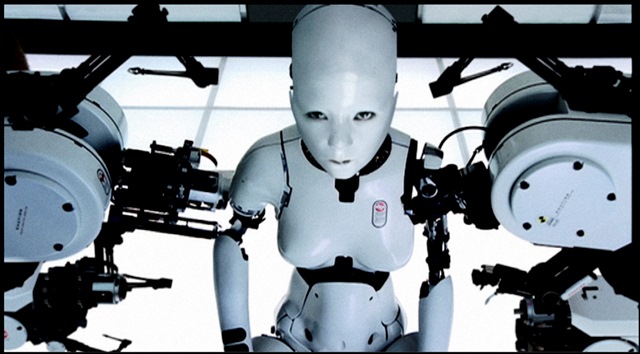 Still from “All Is Full of Love” directed by Chris Cunningham, 1999. Courtesy Wellhart Ltd & One Little Indian

The retrospective is composed of multiple layers, within the Museum lobbies on the first floor and the Donald B and Catherine C Marron Atrium on the second floor. It explores Björk’s singular place in contemporary art, and celebrates her highly original and significant music, compositions, performances, and visual presentations.