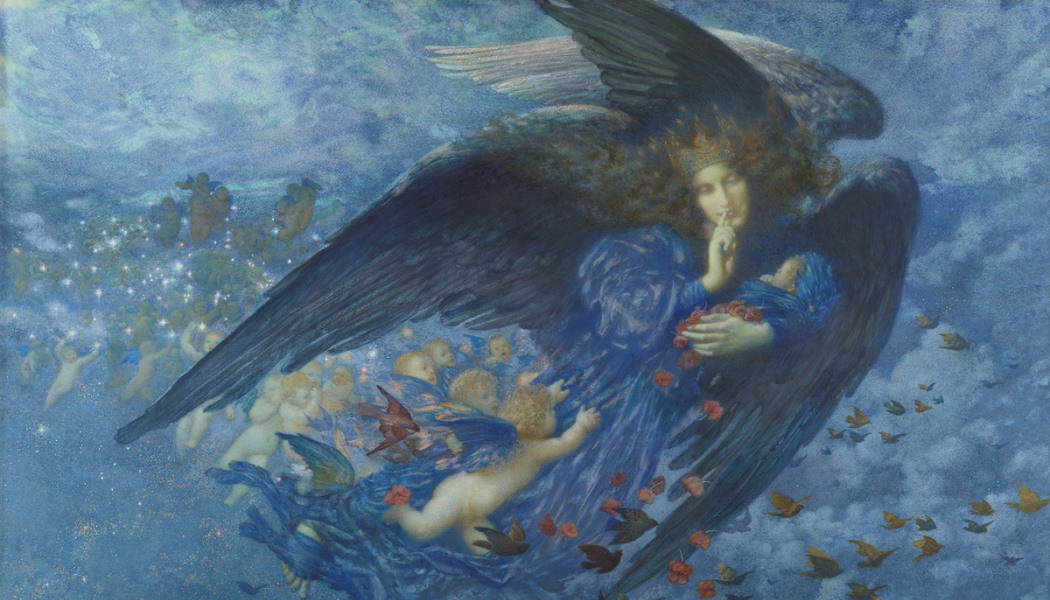 Enchanted Dreams at Birmingham Museum & Art Gallery aims to set the picture straight about an artist who never received the recognition he deserved. Enchanted Dreams is the first ever full-scale retrospective of Hughes’s work and reveals that the artist was not only at the heart of the British Pre-Raphaelite circle – credited as the ‘right hand’ of revered founder member William Holman Hunt – but also involved with the progressive European Symbolist movement.

Birmingham has the world’s largest collection of Pre-Raphaelite art, with one of its stars Edward Burne-Jones born in the city, and the exhibition itself is timed to commemorate the centenary of Hughes’s most famous painting, Night with her Train of Stars, being donated to the City of Birmingham in 1915. The painting has been a centre-piece of the city’s art gallery ever since. Owing to its delicacy as a watercolour it cannot be on permanent display, so its appearance in Enchanted Dreams promises to be a big draw.

Although Hughes’s fantastical paintings are familiar worldwide on greetings cards, calendars and posters, as an artist Hughes has been virtually forgotten. The new exhibition puts his world-famous masterpieces Midsummer Eve and Night with her Train of Stars alongside paintings, drawings and photographs by Hughes, his family and friends from public and private collections across the globe, including the museum’s own world-class collection. Many artworks have not been seen by the public in the 100 years since the artist’s death in 1914. 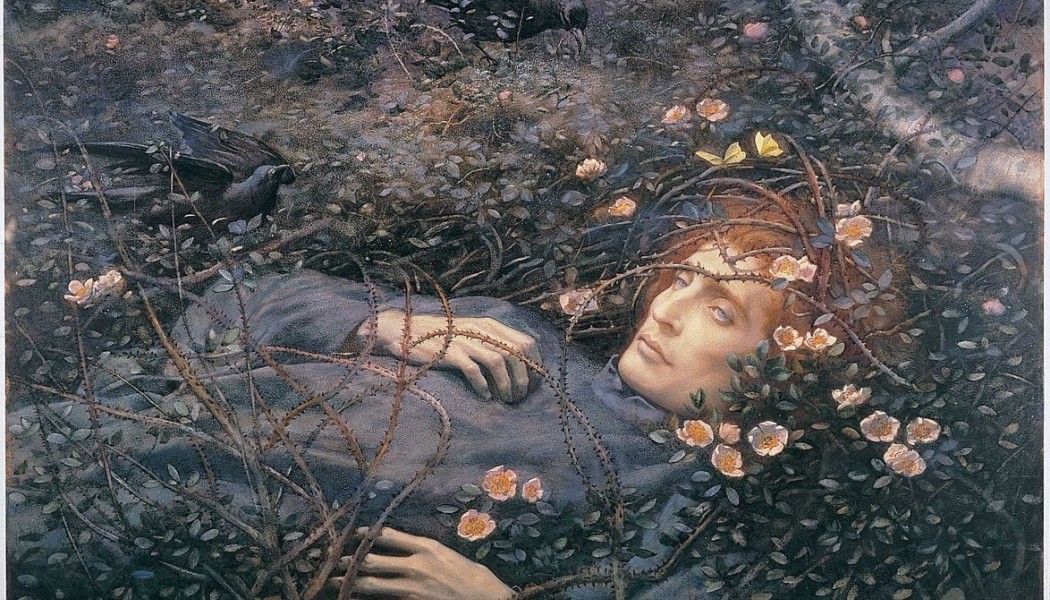 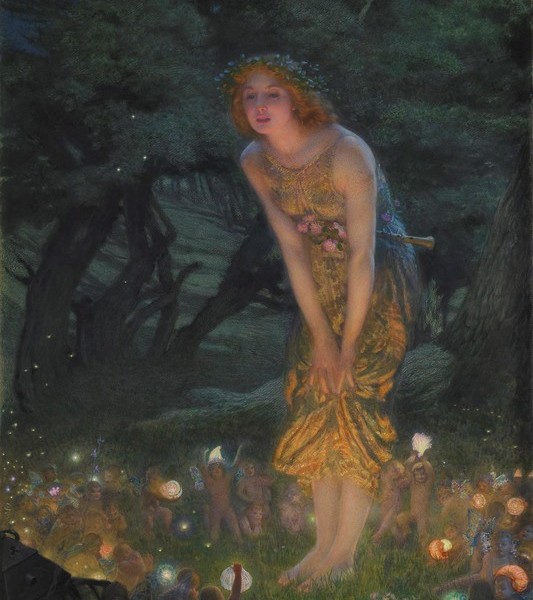 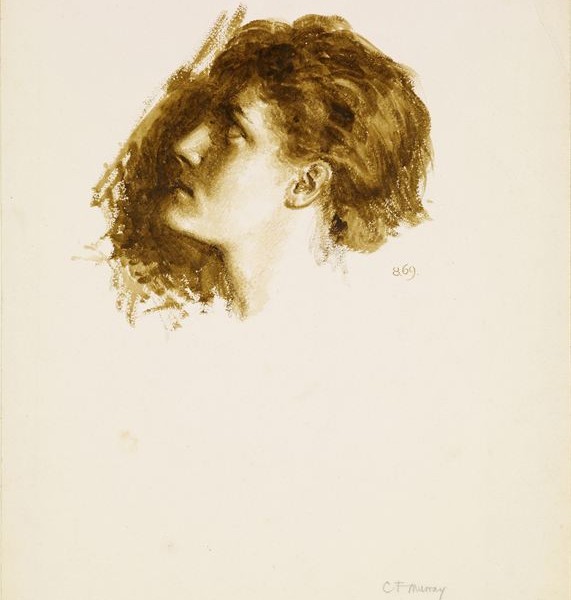 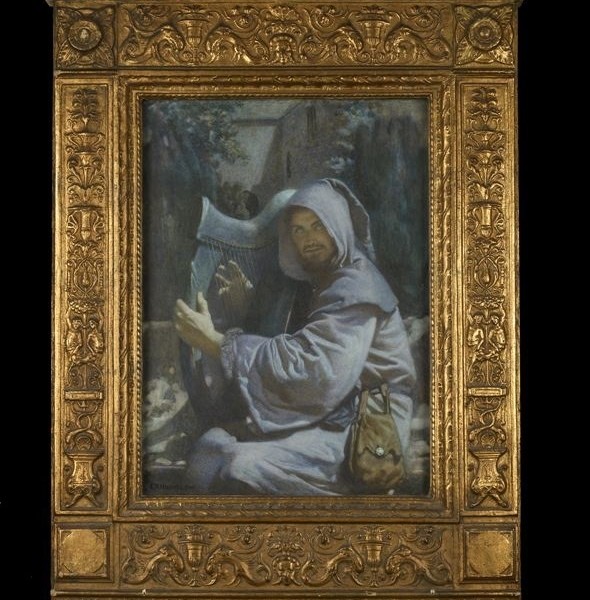 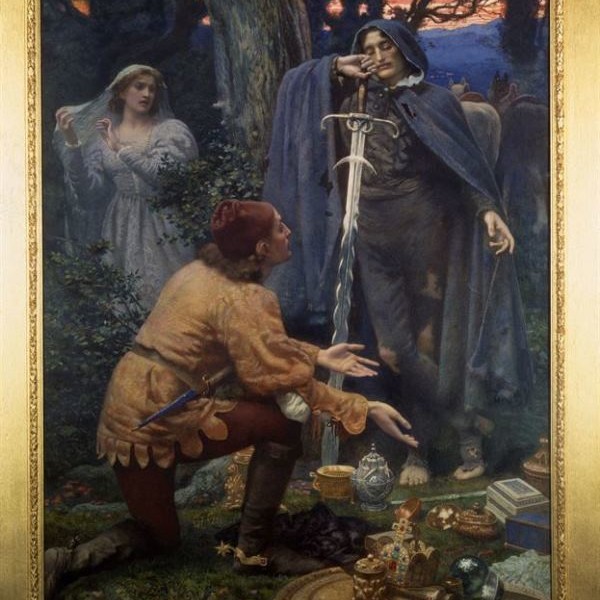 “Hughes is one of those artists whose work is much better known than he is,” said Victoria Osborne, Curator of Fine Art.  “Few people know his name, yet watercolours like Midsummer Eve and Night with her Train of Stars are immediately recognisable and memorable.”

The exhibition, said Osborne, is a unique opportunity to see the whole range of Hughes’s work in one place, and really reassess and appreciate his talent. Many of his best works remain in private collections, and those that are in museums and galleries are often watercolours and drawings so they can’t be on permanent display for conservation reasons.

“A century after his death, it’s time to rediscover Hughes and celebrate him alongside his more famous contemporaries,” said Osborne. “One of the things that makes the new exhibition so special is the opportunity to rediscover works which are world famous but which most people will only ever have seen in reproduction: on cards or in books or on the internet.”

Enchanted Dreams, which also includes a magical Fairy Glen for children, runs at Birmingham Museum and Art Gallery between 17 October 2015 and 21 February 2016.