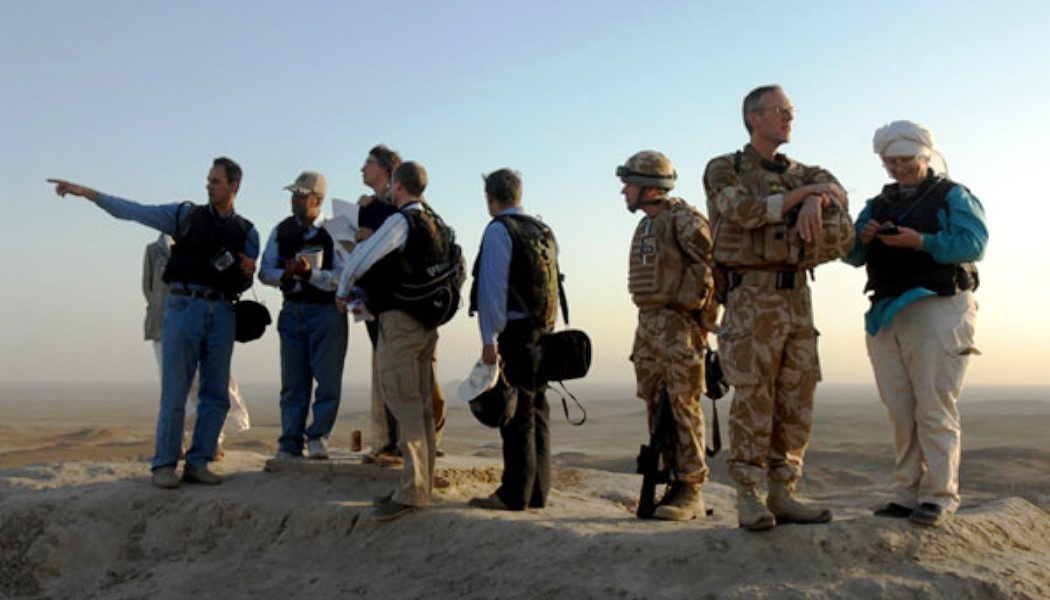 The British Museum is to begin a programme of co-operation with colleagues in Iraq made possible with £3 million grant from the Department of Culture, Media and Sport (DCMS)

The £3m grant will enable the British Museum to deliver a programme of in-depth and specialised training to establish a dedicated corps of Iraqi heritage professionals, fully skilled to deal with the aftermath of the destruction by so-called Islamic State of key archaeological sites such as Nineveh, Nimrud and Hatra.

Building on more than a decade of collaboration between the British Museum and its colleagues in Iraq, which was demonstrated by the Museum’s response to the damage to Iraqi cultural heritage as a result of the last conflict in the region, the programme will set out plans for the future.

“While, at present, the situation on the ground in Iraq prevents direct intervention to protect those ancient sites that are currently held by so-called Islamic State, the scheme will instead plan for the day when the territory is returned to effective and legitimate governmental control,” it said. The Museum believes it is essential measures are put into place now to ensure that maximum help and support is available to the appropriate authorities to allow them to record and document the scale and extent of the destruction and to begin the processes of reconstruction and preservation.

The museum said the scheme cannot stop further acts of cultural destruction but it can equip colleagues with the skills required to conserve and restore where possible and is an attempt to enable colleagues to preserve sites and objects of global significance.

“Thanks to DCMS we can at last do more than monitor from afar the relentless assault on Iraq’s cultural heritage,” said Jonathan Tubb, Keeper of Middle East at the British Museum. “By preparing our Iraqi colleagues for the day when sites are returned to their control, we are confident that they will know how to systematically record what has been destroyed and employ state of the art technology to allow for reconstruction.”

The British Museum intends to recruit two archaeologists for an initial period of five years who have extensive field experience in the region. They will lead a six-month training programme to run twice a year. Five heritage sector Iraqi professionals will be invited for each course, spending three months at the British Museum and three months in Iraq. The programme will cover techniques of rescue archaeology, 3D scanning, digitization of objects and documents, emergency retrieval strategies, forensic collection and documentation methodologies, multi-purpose photographic training and principles of conservation and restoration.

These archaeologists will return to Iraq with the trainees to put into practice the skills and techniques they have learned. They will set up programmes within their respective institutions to develop strategies to cope with the very diverse requirements of archaeological site management. Training excavation projects will be established jointly with the State Board of Antiquities of Iraq to teach detailed techniques of rescue archaeology. The sites selected for investigation initially will be in the more secure regions of Iraq – to the north (Kurdistan) and the south (Basra region).

Neil MacGregor, Director of the British Museum said: “We are incredibly grateful to DCMS for their invaluable support on this important programme. This training builds on our collaborations with colleagues in the region and will make a real difference in recording and preserving the cultural heritage currently under threat in Iraq.”

The effect of this rolling programme will be to create a large and well-trained team of professionals that can cope with the full range of archaeological heritage needs.

The British Museum’s Iraq Project has seen it conduct surveys in Iraq throughout the 2000s, including this one in Uruq in 2006. Copyright British Museum