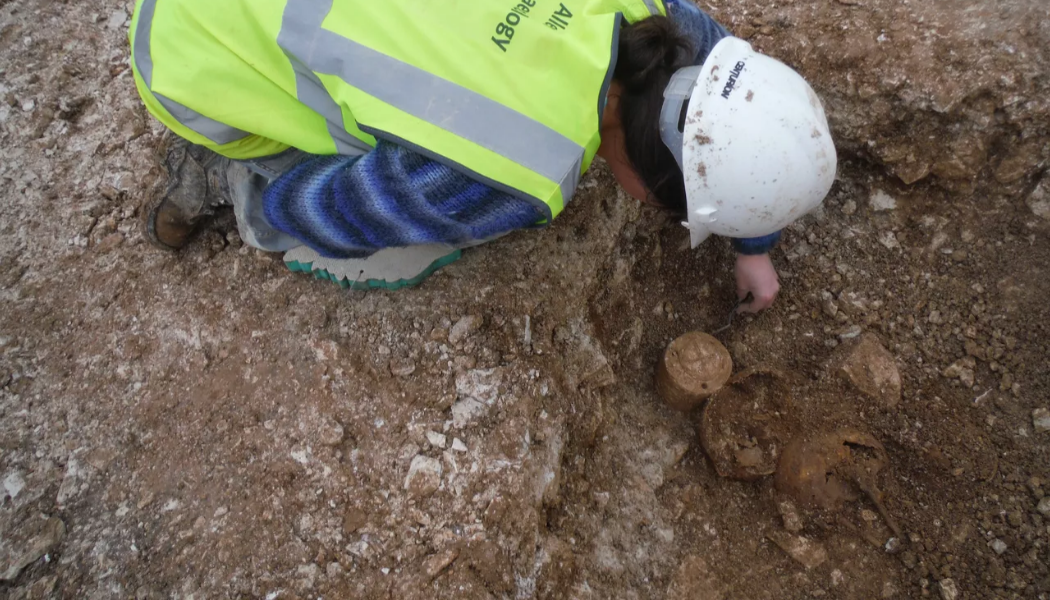 The object, first found in Yorkshire in 2015, has since been identified as a significant piece of sculptural art created at the same time Stonehenge.

The British Museum, alongside Allen Archaeology, has today announced the discovery of what it has labelled the most important piece of prehistoric art to be found in Britain in the last 100 years.

The object is a 5,000-year-old chalk sculpture and was discovered on a country estate near the village of Burton Agnes in East Yorkshire.

The sculpture was first unearthed in an excavation by Allen Archaeology as part of the planning process in 2015, and went on to be the subject of research and conservation work.

Its identification has since led it to be called one of the most significant ancient objects ever found on the British Isles.

Burton Agnes chalk drum, chalk ball and bone pin. 3005–2890BC. © The Trustees of the British Museum

This new discovery will now go on public display as part of the British Museum’s already announced exhibition ‘The world of Stonehenge’.

The sculpture, a ‘drum’ thought to be a work of sculptural art, is said to be decorated with motifs that flourished at the same time as Stonehenge was built, and was uncovered alongside the burial of three children.

The new drum will go on display in the Stonehenge exhibition alongside three similar ‘Folkton drums’ and is on loan from the Burton Agnes Estate. After its display, it will undergo further assessment and analysis in preparation for publication.

Neil Wilkin, curator of The world of Stonehenge at the British Museum, said: “This is a truly remarkable discovery, and is the most important piece of prehistoric art to be found in Britain in the last 100 years.”

“We are honoured that the British Museum will be the first place the public will be able to see this important object, and that they will see it alongside 430 other ancient items telling the spectacular story of Stonehenge and the vibrant world in which it was built.”