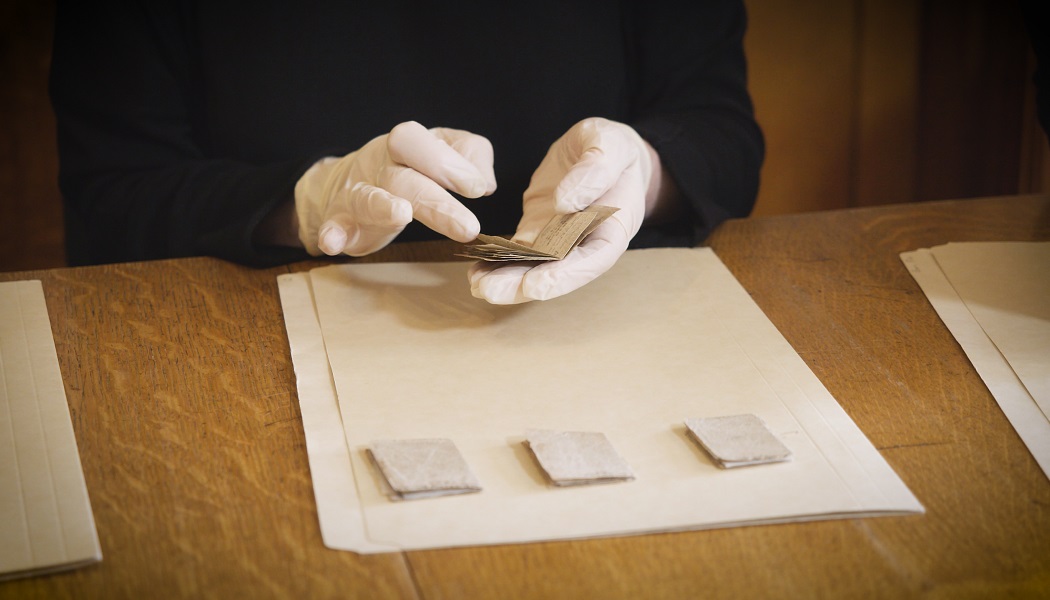 In order to prise an “extremely rare, immensely significant” piece of Brontë family memorabilia out of private ownership, the Brontë Parsonage Museum in Haworth has launched a crowdfunding campaign to support the acquisition.

One of Charlotte Brontë’s ‘little books’, written in 1830 when she was 14 years old, has remained in private hands since it left the Haworth property after the Brontë sisters passed away. Five of six manuscripts are believed to remain, with the Brontë Parsonage Museum currently possessing four.

Having tried and failed to acquire the artefact via auction at Sotheby’s in 2011, the museum will try again on 18th November this year. Previously the organisation was outbid by an investment scheme which is now no longer operational.

“This extraordinary manuscript slipped through our fingers in 2011 so we are especially determined to make the most of this second opportunity to bring it home to Haworth,” Kitty Wright, executive director of The Brontë Society, noted.

“It is expected to sell for at least £650,000 and we’ve been working hard for many months applying to trusts and foundations. This is the final and public phase of our campaign and we urge lovers of literature everywhere to support us now, so that we can go to the auction with a competitive bid and prevent the little book from disappearing into a private collection.”

The target set on the Crowdfunder page is £80,000, with £18,310 having been raised from 163 supporters at the time of publication. Rewards varying from a ‘Thank you’ all the way up to private passes to explore the collection once each year for three years are offered for contributions between £10 and £5,000.

The Young Men’s Magazine was a series of six tiny booklets produced by Charlotte Brontë, of which five are known to survive. The item up for auction is the fifth in the sequence and would complete the museum’s collection – as it currently holds the other four.

The book, which measures around 35mm x 61mm, consists of 20 pages and comprises stories called A letter from Lord Charles Wellesley, The Midnight Song and Journal of a Frenchman [continued]. It has a brown paper cover and contains more than 4,000 hand-written words in a folded and stitched magazine.

Ann Dinsdale, principal curator at the Brontë Parsonage Museum, said the books are “enormously important to both visitors and scholars” and that if the acquisition could be achieved then it would prove one of the most important things to happen during her three decades at the site.