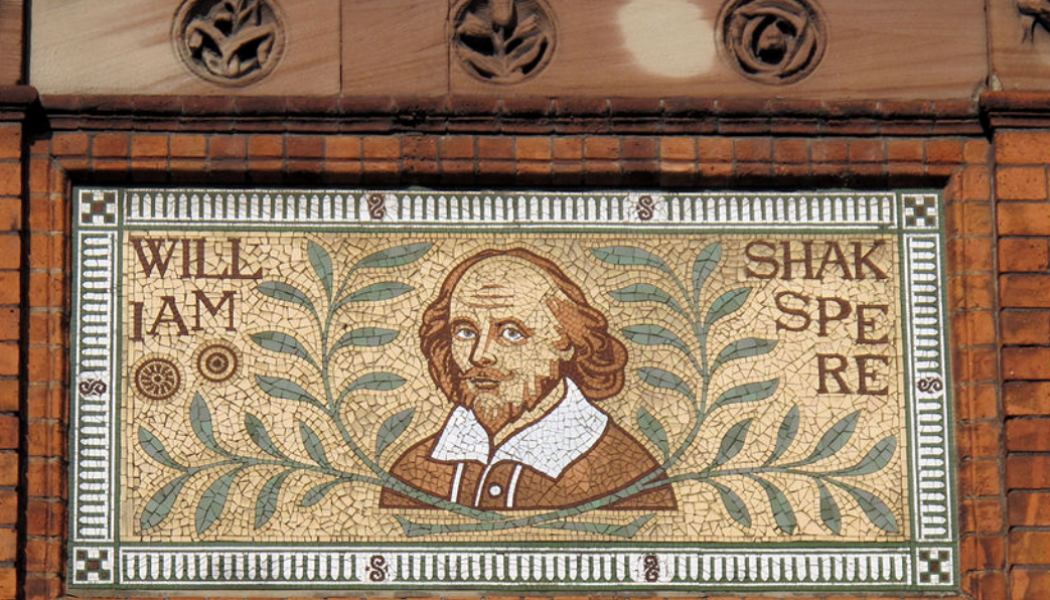 As a place where art and science has underpinned daily life for more than 400 years of ceramic production, the Potteries was a great a place to launch a Fun Palace. Last year local residents and visitors were invited to become part of a unique ‘community-in-residence’ experiment in a tiled basement space beneath the historic Minton Library in Stoke-on-Trent

The Fun Palace was organised by myself & Ceramic City Stories CIC and offered a perfectly timed opportunity to reflect and further challenge our modus operandi and notions of ‘organisation’ and ‘agency’. Ceramic City Stories is unashamedly unorthodox and maverick. We are individual activists who identify at times as a community of interest. We identify and connect with others to operate as a broader coalition of the willing. We make small positive change happen by acting (with or without formal status or sometimes permission).

More than 300 people attended over the weekend (Saturday 3-4 October 2015). Most visitors were from the immediate neighbourhood (streets off London Road, Stoke). There were older people, parents with children and some young people. These visitors were encouraged to take part by pavement signage and team members outside the building entrance on the street talking to people (who were usually on their way to or from the supermarket opposite or other town centre shops). Others had seen event details on social media (Twitter & Facebook) or traditional sources (BBC Radio Stoke & Evening Sentinel). These visitors were mainly middle aged or older and interested in arts, heritage & cultural events. Some had travelled some distance to attend.

People taking part were encouraged to ‘review’ the library building – especially the tiles and architectural ceramic features – and to use creative ways to record their findings. Visitors used microscopes, binoculars, cameras and magnifying glasses to explore the building and its ceramics.

Visitors were also able to get involved in hands-on conservation work by helping to uncover and reveal historic Minton wall tiles that were made and installed in the 1870s but hidden behind wallpaper for more than 50years. 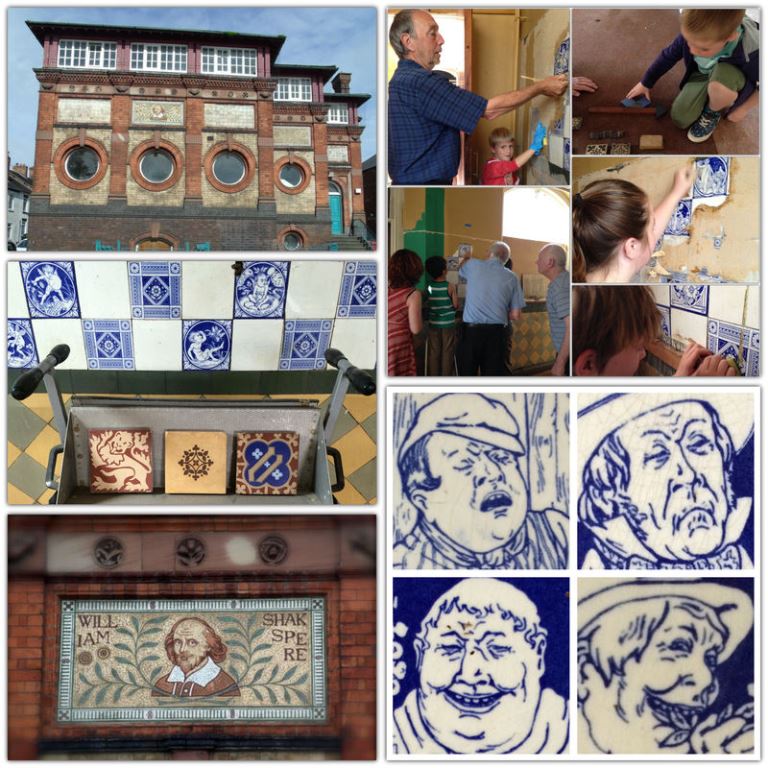 We also used the weekend to celebrate Cedic Price – who along with Joan Littlewood – came up with the original ‘Fun Palace’ idea. Price was an architect who grew up in Stone, Staffordshire. His formative years were spent exploring Stoke-on-Trent and its ceramic industry. His celebrated pièce de résistance the Potteries Thinkbelt is a conceptual master plan for the radical remodelling of the North Staffordshire urban conurbation as a ‘city caused by learning’. Cedric Price is an unsung local cultural hero – we also promoted and celebrated this important man and his groundbreaking work during the weekend.

What made it a success was the people: everyone worked without pay. There is a significant skill and knowledge base within the ‘core team’ but time and availability was limited. Professionals involved had day jobs or needed to earn money to pay bills, including myself and the core team who undertook planning and preparation work for Fun Palaces at evenings or weekends.

The Minton Free Library and Stoke School of Art (Herbert Minton Memorial Building) stand proudly on London Road, Stoke and are two majestic buildings that are extremely important historic remnants of the internationally significant Minton story. The buildings overlook the former location of the world famous Minton China Works now sadly lost. Some of the most important tiles and exhibition ceramics to be found in buildings and collections across the world were made in the pottery or ‘potbank’ that once stood on this site. 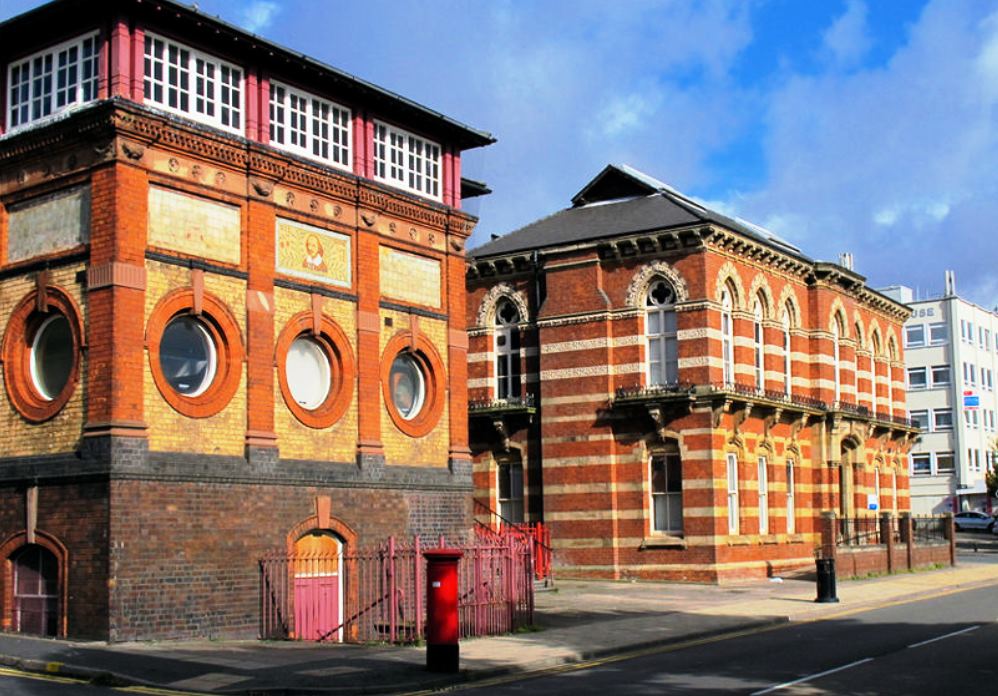 The local authority had sold this building at auction some months earlier and I had been invited to conduct a pilot conservation audit of the building’s tiles and architectural ceramics. It was at this point that an exciting re-discovery was made in the basement – hundreds of exquisite Minton wall tiles hidden for half a century behind wallpaper were found! In truth, it was known a couple of years ago that some important tiles graced these walls after Mark Brereton kindly shared photographs of one or two examples that had been revealed behind peeling wallpaper. What wasn’t known before was the scale and value of this extensive collection of rare and important historic tiles – a truly world class ceramic showcase hidden from view for half a century behind wallpaper!

The lower ground space originally housed ‘The Canteen’ and provided a service for staff, students (library, school of art and public baths) as well as the wider general public. All four interior walls are clad in hundreds of tiles made in the 1870s (presumably to aid cleaning and hygiene). The design scheme incorporates hundreds of decorative block print tiles. These ‘series’ tiles depicting a range of literary themes including Old and New Testament, Shakespeare’s plays, Aesop’s Fables, Tennyson’s Idylls of the Kings and Nursey Rhymes. John Moyr Smith, C.O. Murray and Thomas Allen – three leading artists working for Minton at the time – have their work featured. This unique showcase of in situ Minton tiles from the 1870s in an important historic building is highly valuable and of international significance. This offered a great story and added significant value.

One of the challenges was making the venue itself fit for the purpose. Although beautiful – the basement was a ‘work-on-progress’ and pretty basic. It was also accessed via a short, but relatively steep, flight of steps. With a lot of hard work we were able to clean and set up this space (lighting, basic safety, conservation protections, physical security, toilet/basin). Unfortunately, we were unable to find a safe, acceptable or cost effective solution to the entrance steps. We had to include information that highlighted the limited access in all publicity. We included my phone number to call and an invitation to discuss individual support. We were able to help some people who made contact.

We planned and delivered Fun Palaces 2015 without funding. This puts pressure on those group members who have to earn a living. Each volunteer contributed many hours prior to the actual weekend. I undertook most of the planning and development tasks (in a voluntary capacity). A number of small low value costs were incurred (cafe, % of monthly service charge, printing ink and insurance), which I underwrote.

We knew it would be difficult to sustain our activities and even some of our key relationships without further resources. Our short-term plan to sustain further activities in the Minton Library basement space until the calendar year end did work. I managed to gain enough additional direct and indirect income to support the time and base costs required. However, it did mean that our direct involvement in the basement and building was not possible after December 2015. Although this was not really resolved, we have been successful in a number of further project partnerships (including Fun Palaces Ambassadors Programme) that will support the sustainability of current relationships, activities and future development.

Fun Palaces was an inspiration and catalyst for next step culture change within Ceramic City Stories itself. Although a number of people had worked as volunteers with the organisation at previous events – Fun Palaces provided the stimulus and encouragement for shaking things up a bit more. It provided the impetus for new and different leadership and organisational models. Individuals involved in the ‘core group’ were more proactively and explicitly encouraged to explore and develop their own ideas and approach. This shared responsibility or ‘collective governance’ model has directly influenced our thinking and contribution to the Fun Palaces Ambassadors Programme.

Many visitors returned – sometimes with other friends or family members – for a second visit (on the same or following day). Some people spent a long time in the building enjoying a variety of activities and building tours.

A lot of information, personal stories and some archival material were gathered throughout the two days and beyond from local people. Specific requests and community demand for further access to the building supported the case to keep the doors open and promote a further eight events.

The community of interest who took part played an active and conscious role in the conservation and protection of an important historic building (and tiles). The people who took part ‘shone a spotlight’ on the building and its basement tiles during the Fun Palaces weekend and during subsequent public events. This helped to publicise and highlight the historical, cultural and community value of this building. It created a new/renewed awareness of the basement tiles and their value that we believe encouraged the building owner to amend his plans. It also supported additional local authority interest and ‘scrutiny’ behind the scenes (from conservation & planning). We introduced various conservation and heritage representatives to the building (and owner) with a view to promoting next step actions in relation to maintenance and restoration although this has not yet moved forward.

Finally, we firmly believe that the temporary ‘occupancy’, community access and related publicity (including Fun Palaces as catalyst) encouraged a commercial tenant to take a lease on the whole building. This means that a much loved and important local building is at least occupied and remains in a reasonable state of repair. The building now offers a base for a private meditation and wellbeing clinic. Some residents attend and benefit. There is still potential for the building to become a fully accessible ‘community asset’ for the benefit of a wider local constituency again in the future.

There were two groups of people who benefitted: the ‘core team’ of volunteers who came together as ‘Ceramic City Stories’ and delivered Fun Palaces and the wider community participants who got involved during the weekend.

The core group continue to work together a year on from the original event (most are actively involved in coordinating and delivering this years activities!). Individuals have gained even more skills and benefitted from a range of different experiences. Team members have been involved in co-designing a number of new events and projects including background planning work relating to Fun Palaces Ambassadors bid and ongoing programme development (3 year partnership programme supported by Paul Hamlyn Foundation/Wellcome Trust). Participants vary in their ambitions and motivations: leisure, educational and professional. Friendship and mutual support underpins the team ethic. There has been strong and sustained commitment from all those involved.

A number of individuals who attended the specific Fun Palaces event have kept in touch but do not wish to be part of the ‘core group’. They have reported ongoing benefit from their initial attendance including friendships, involvement in other groups (community, heritage, cultural) and other ongoing individual pursuits such as family/local history research.