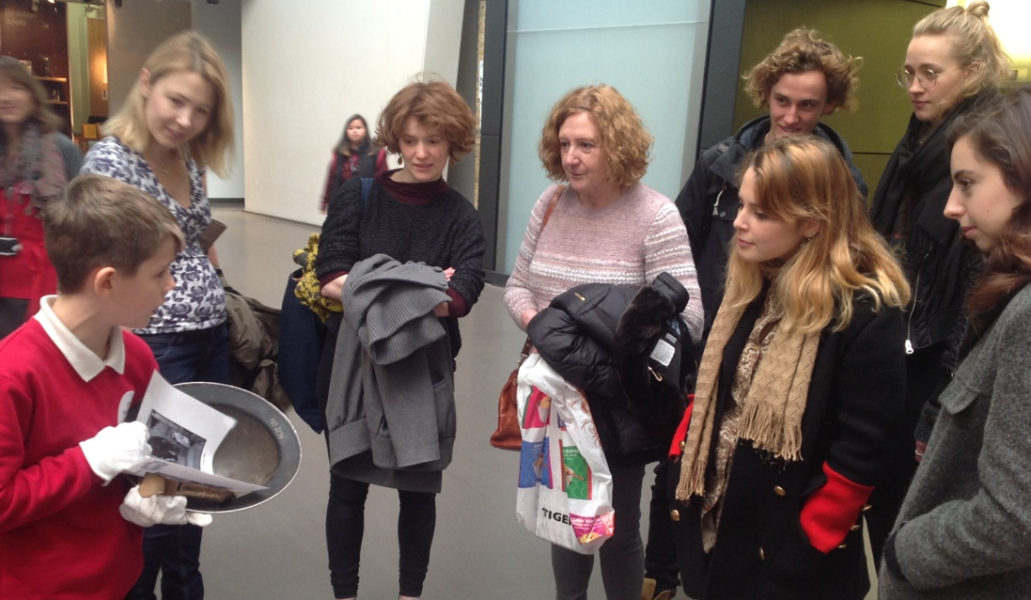 Forty children in Year 5 from Charlotte Sharman are taking over Imperial War Museum as part of Kids In Museums’ Takeover Day. For the last few months we’ve been training to prepare to talk to strangers plus learning about objects from World War Two.

We are running four object trolleys in the museum with real life objects from WW2. We all had different objects so that visitors won’t hear the same thing and we had been practising for our homework. To begin with, visitors seemed surprised to see young children talking and showing exhibits and telling them things they didn’t even know about! Some visitors recognised the objects and were able to give us extra information because they were alive during the war themselves.

Why do you think this role is important in the museum?

What are the best things about taking over museums?

That I can talk to people, and answer their questions. It’s a practice for when I grow up and get a job. I used to want to be a GP but now I have a really tough choice to make because I want to work in the Imperial War Museum too! (Jada)

What does it feel like to be in charge of the museum?

It’s really important to me , I don’t want to mess up! I feel brave, clever and happy because I can tell people about things they don’t know about. When we were at school practising I was really nervous but as soon as we started talking to people I realised it was really easy because we know so much about our objects. (Jada)

I like that they teach you stuff, you can find out about the past by looking at objects they had. it’s not just boring like reading a book, you can imagine what it was like to live in the past.  (Albie) 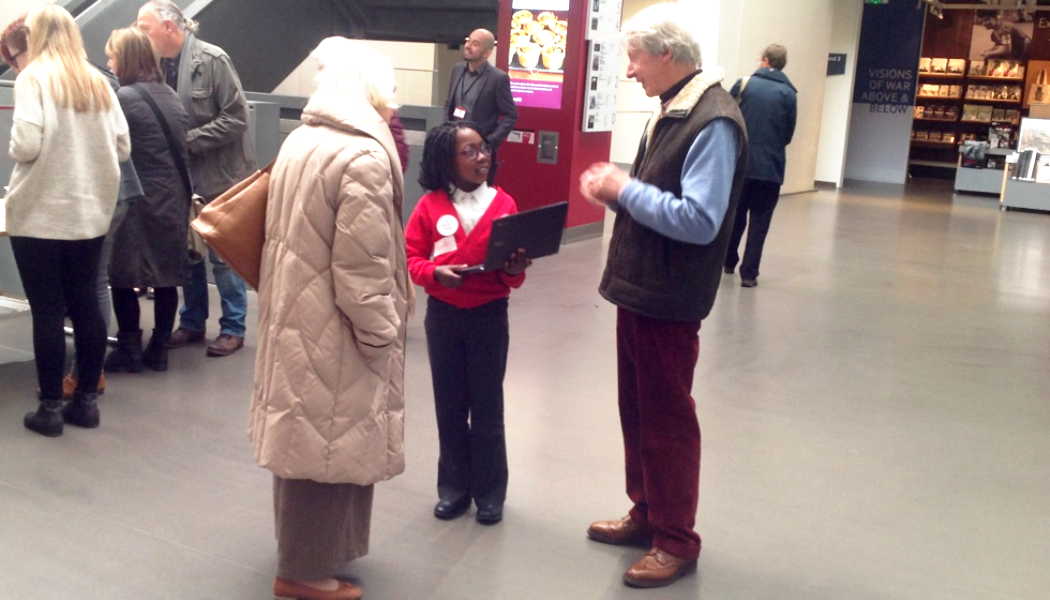 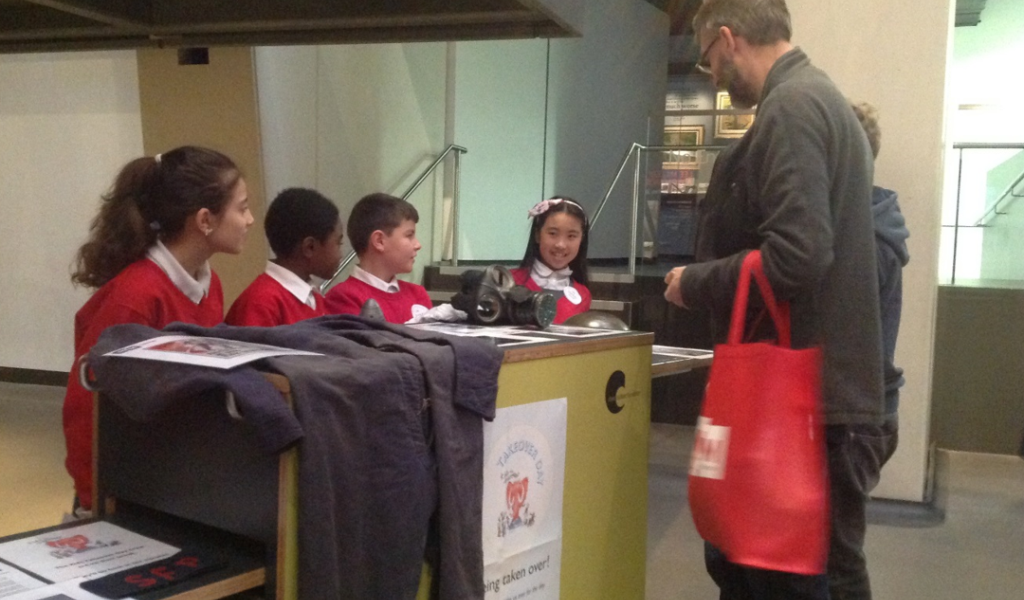 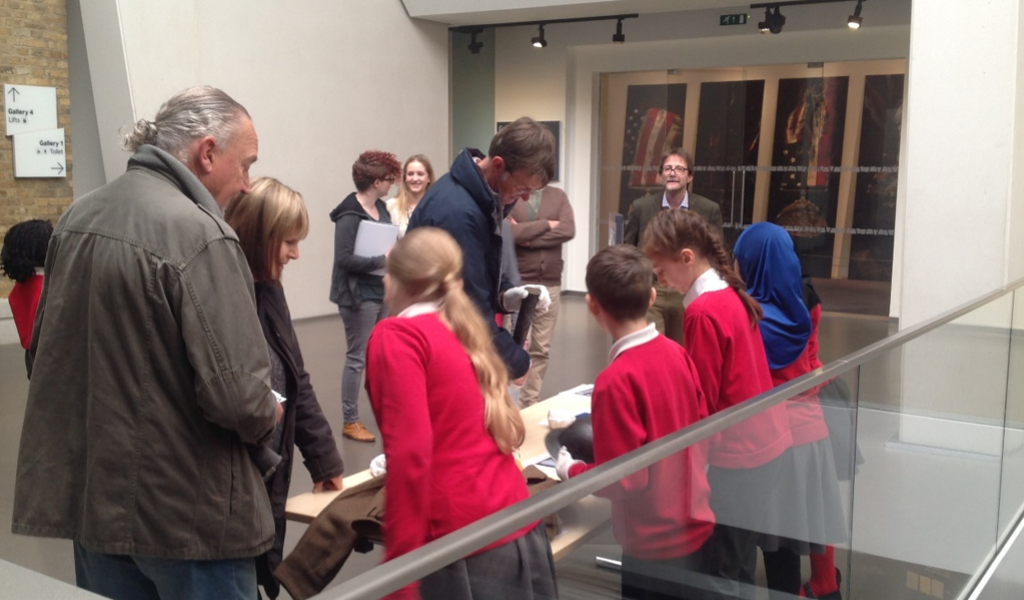 What ideas do you have to make the museum even better?

It could be the Imperial History Museum and it could have Tudors/Victorians stories. Maybe they could have a computer where people can find out answers to any other questions they have. (Albie)

What made the day special?

I felt nervous at first, but after speaking to some visitors I became confident. I feel really proud of myself and I want to do more things like this so I can build my confidence even more! We learnt stuff from the visitors today too, one of the men we spoke to flew spitfires in the war which is pretty awesome! (Jada)

Would you do it again?

Yes, because I’m usually shy so it’s good for me to get confident. It feels like jumping off a mountain but not dying at all! This is a really good experience, I’m lucky to be here. (Jada)

Quotes from visitors that we spoke to:

“It was fantastic, the children are so knowledgeable!

Visitor: (female) “I was a child,during the war but I still learnt something new, that children’s gas masks are coloured.”

We spoke to two teenage boys who said:

“We think it’s good that children are doing this, they speak in a way we understand”.