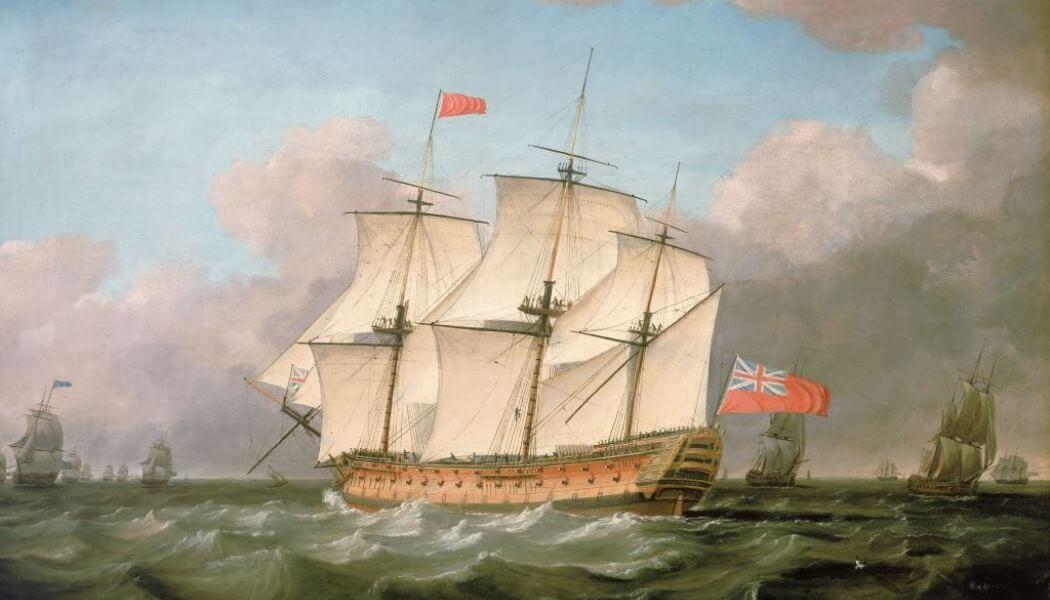 Main Image: The Victory Leaving the Channel in 1793, Monay Swaine circa 1793
Share

When HMS Victory was floated out of the Old Single Dock in Chatham’s Royal Dockyard in the 19th century she was destined for a long and glorious career leading fleets in the American War of Independence (1775-1783), the French Revolutionary War (1793-1802) and the Napoleonic War (1803-1815).

In October 1805 she achieved everlasting international fame as the flagship of Vice-Admiral Nelson in Britain’s greatest naval victory, the defeat of the French and Spanish at the Battle of Trafalgar. 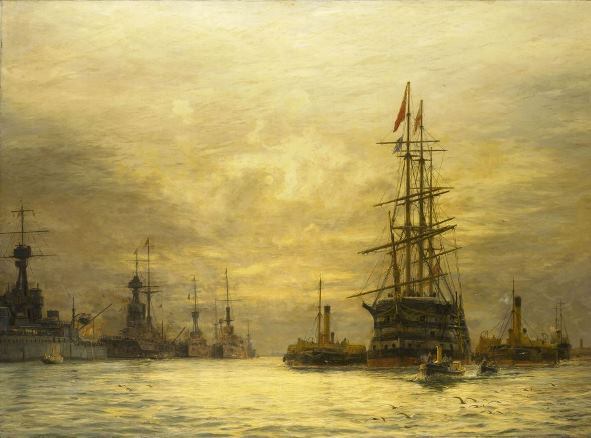 With Drums and Rolling Music, Like a Queen Ships of the Atlantic Fleet Play the Victory into Dock, William Lionel Wyllie 1922_BHC3700

Chatham, Kent is intrinsically linked to HMS Victory: In addition to her launch at Chatham in 1765, Nelson joined his first ship HMS Raisonnable on the River Medway in 1771 and in the same year joined his uncle’s ship HMS Triumph at Chatham as a captain’s servant.

HMS Victory: The Untold Story – curated by historian, writer and broadcaster Brian Lavery – explores Victory’s career, unearthing surprising and often little known stories leading up to and in the aftermath of the Battle of Trafalgar.

HMS Victory’s fame is understandably remembered in terms of that fateful afternoon at the Battle of Trafalgar on 21 October 1805, when Vice-Admiral Nelson was struck down on her deck – having both secured the victory that would see Great Britain’s dominance at sea for more than a century to follow; and sealed that moment in history when man and ship became enshrined into Britain’s national conscience.

The centrepiece of the exhibition is HMS Victory’s figurehead on loan from the National Museum of the Royal Navy, Portsmouth. 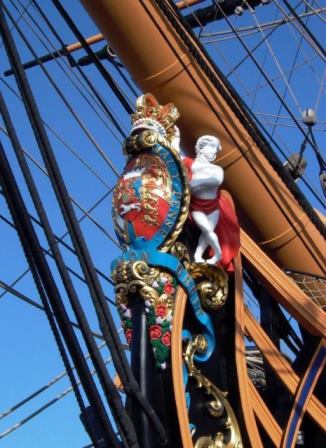 A further 22 objects are on loan from the National Maritime Museum, Greenwich including two impressive models of Victory showing the changes in her construction, a stunning decorative sword, original letters and plans, plus what is thought to be one of the earliest known representations identified as Victory at the head of the Fleet.

Generously lent by Her Majesty The Queen from the Royal Collection is the Nelson Bullet; the single lead musket ball which dealt the fatal blow on October 21st 1805 – mounted, with some remnants of gold lace from Admiral Nelson’s uniform. 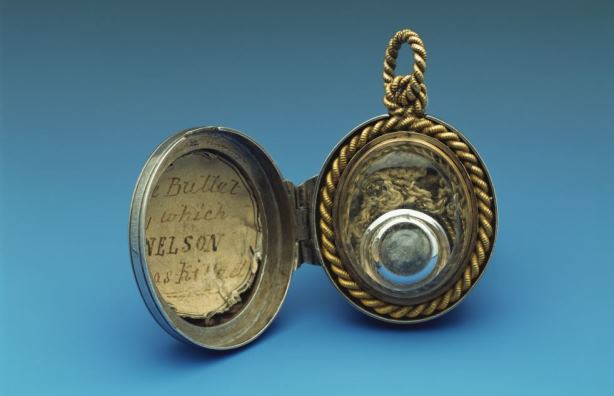 Richard Holdsworth MBE, Preservation and Education Director, Chatham Historic Dockyard Trust said: “From her quiet beginnings of being moored on the River Medway for over a decade after her launch, to being in the thick of battle and then on to Portsmouth harbour, HMS Victory had a long and varied career.
“While it is not possible to cover all areas in a single exhibition there are a number of insights that give a really different perspective on Chatham’s and the world’s most famous ship.”

HMS Victory: The Untold Story is showing from 14 February until 31 May 2015 at The Historic Dockyard Chatham. Entry into the exhibition is included in the dockyard’s normal admission price.