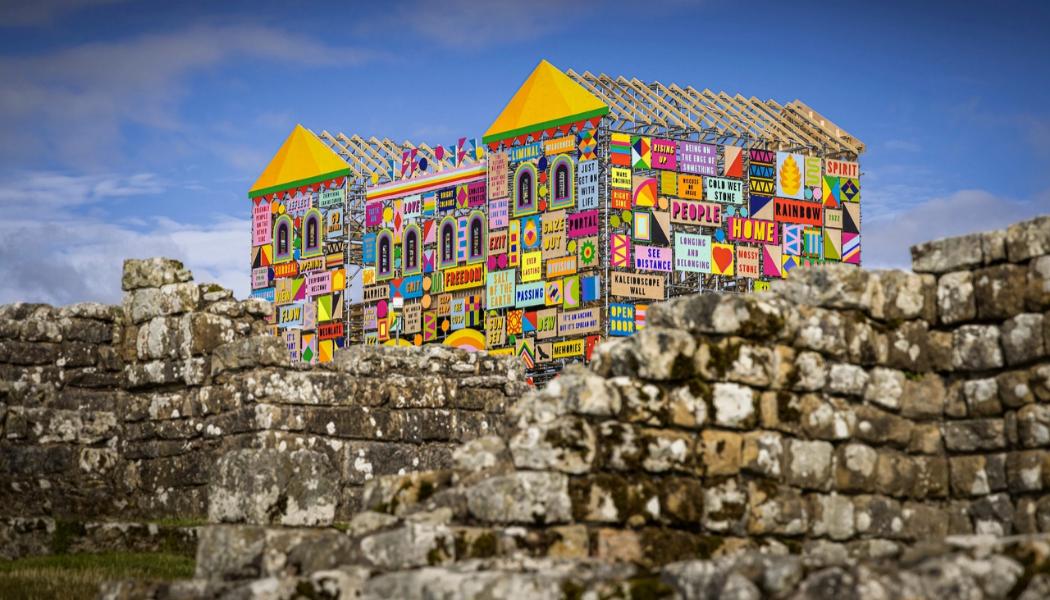 The new installation by Morag Myerscough, part of English Heritage’s creative programme, opens up views not seen for 1600 years.

In celebration of Hadrian’s Wall’s 1900th anniversary, English Heritage has installed a bright new take on a site of the Wall, the now lost Roman gatehouse at Housesteads Roman Fort.

Created by artist Morag Myerscough and the local community, ‘The Future Belongs To What Was As Much As What Is’ stands in the spot that the north gatehouse at Housesteads once stood.

The installation sees brightly coloured wooden placards form the outer shell, on top of a scaffold frame. The design of the placards is in response to the collection of Roman artefacts on display at Chesters Roman Fort Museum, Roman designs and community workshops.

Visitors can climb to the top of the installation, which allows for views of the ancient landscape, last seen by the Roman soldiers that used the gatehouse 1600 years ago.

The words and phrases seen across the installation come from Morag’s collaboration with poet Ellen Moran and the local community through workshops where volunteers also helped to paint the placards, following the artist’s designs.

As part of the HW1900 Festival, the installation is open to the public from 30th July to 30th October 2022, after which the structure will be completely removed and the placards will be offered to the community members who painted them.

Backed by The National Lottery Heritage Fund, the installation is part of a newly launched creative programme from English Heritage, which uses contemporary visual and performing arts to complement the existing interpretation at sites. It is hoped to engage new audiences in distinctive aspects of the history of key sites across the country. 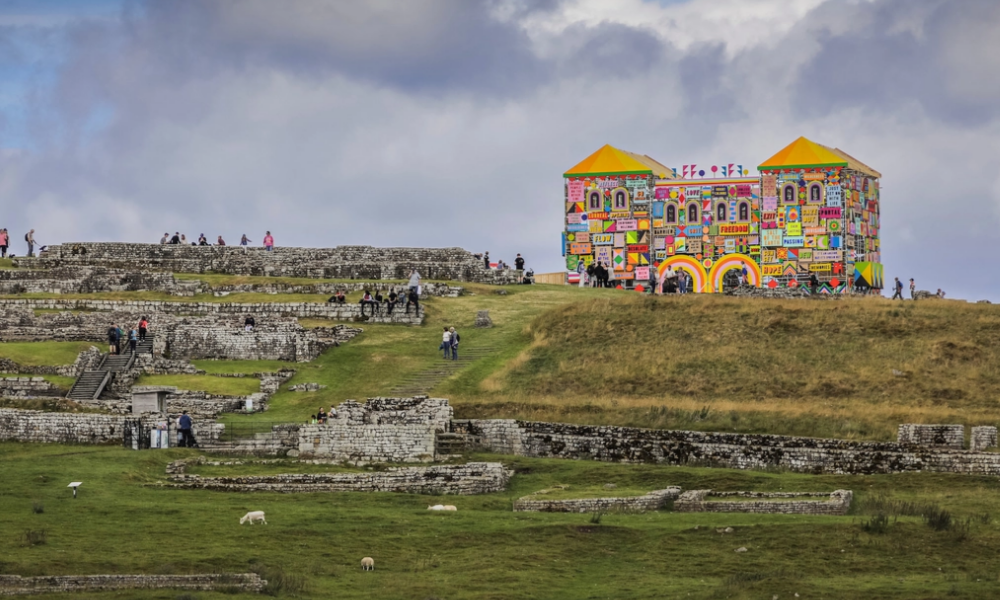 A view of the Hadrian's Wall installation (English Heritage)

English Heritage’s Chief Executive Kate Mavor, said: “We hope that placing such a bold contemporary art installation in this ancient landscape will not only capture people’s imagination but maybe also challenge their ideas of what the Wall was for. Not just a means to keep people out, but a frontier that people could – and did – cross. To create this work we’ve engaged with a wide range of community groups who have all played a part in making this such a striking and vibrant piece of art…and living history.”

Morag Myerscough said: “The moment I saw Housesteads and started walking around the fort I had an overwhelming feeling of wanting to make an installation there.