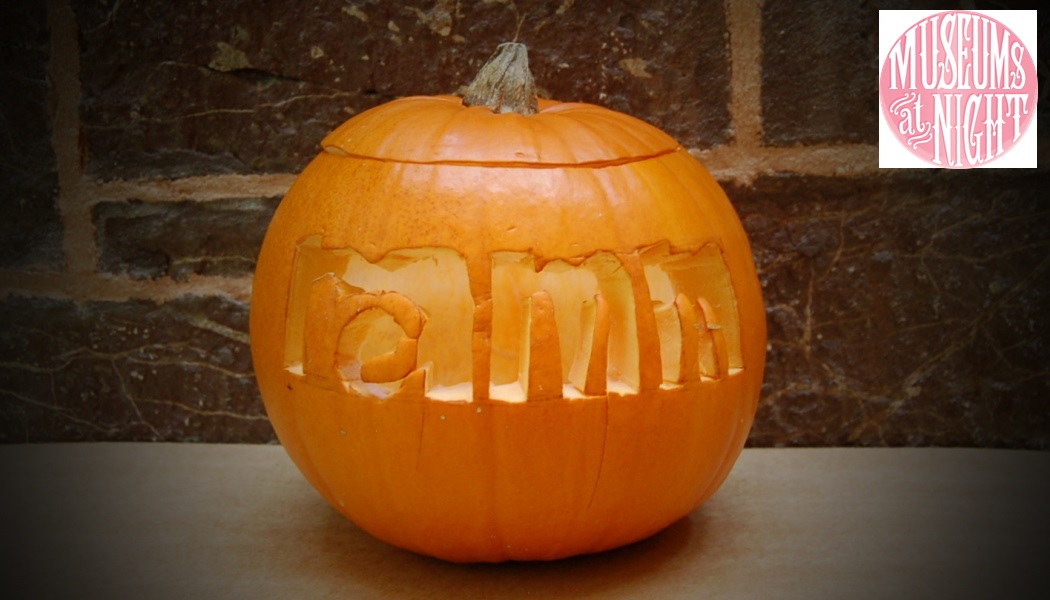 For the first time Museums at Night, the UK’s annual after-hours festival of arts, culture and heritage is happening twice this year and following May’s event, which saw more than 600 events take place across the country, plans for the second installment are well under way.

During the festival, from 30-31 October, hundreds of museums, galleries and historic spaces all over the UK will open up late and put on an array of special night-time events, offering the chance to experience culture and heritage in a totally unexpected way.

Turner Prize nominee Yinka Shonibare MBE will be hosting a 24-hour art happening, from at the Novium Museum in Chichester for Museums at Night and Turner Prize winner Gillian Wearing will be working with the Backlit in Nottingham to put on a night of ‘Personal Karaoke’; subverting the concept of karaoke and working with members of the public. Artist Luke Jerram (best known for Play Me I’m Yours, which saw pianos being put in public spaces for people to play, and his giant slide installation Park and Slide), will be creating a miniature desert at the Thelma Hulbert Gallery in Honiton, Devon, filling the gallery with wind sculpted sand dunes which force visitors to navigate the space in a totally new way.

Winners of The Oxford Samuel Beckett Theatre Trust Award 2013 for The Paper Architect, artists Davy and Kristin McGuire imagine unique visual experiences through art installations and theatrical projects. They will be creating an “Indoor Enchanted Garden” at the Williamson Art Gallery and Museum in Birkenhead. Street artist Pure Evil will be at the Verdant Works in Dundee creating an improvisational event where art, music and culture collide.

Hallowe’en happenings in museums will feature a range of spooky themed events including a Day of the Dead Fiesta at the Pitt Rivers Museum in Oxford, a Ghost Walk at Bradwell Abbey in Milton Keynes, a Halloween night at Museum of Witchcraft and Magic in Boscastle, a special late night Halloween opening of haunted National Trust mansion Knightshayes Court in Tiverton and a murder mystery at the Powell-Cotton museum in Kent and at the Royal Albert Memorial Museum in Exeter visitors can hunt down their favourite objects to add to a Big Draw RAMMyriorama and bump into historical characters who have come to life alongside RAMM’s creepy creatures of the night.

Craven Street Bones at Benjamin Franklin House -In 1997, a chance discovery during conservation sparked an investigation at Benjamin Franklin House: how did human skeletal remains of up to 10 individuals come to be buried under the basement floor? Operations Manager, Braena Sykes, will explore the answer to this question and reveal the darker side of the 18th century’s pursuit of knowledge. Not suitable for children.

Handel by Candle at the Handel House Museum in London -Mezzo-soprano Cathy Bell will deliver a lecture recital exploring light in the 18th century, singing examples from a selection of Handel operas.

Late at the Gate: Ye Olde Tavern Quiz at Museum of the Order of St John in London – A traditional pub quiz at the site of Ye Olde Jerusalem Tavern, a watering hole for the likes of Dickens. Test your general knowledge in teams of up to six.

After Hours at the Castle at Powis Castle in Wales – See this medieval castle in a different light during a rare late night opening. Visit the world-famous garden laid out under the influence of Italian and French styles before visiting the castle, originally built circa 1200 high on a rock above the terraces.

Full listings of all events, many of which are free, can be found at the Museums at Night website.