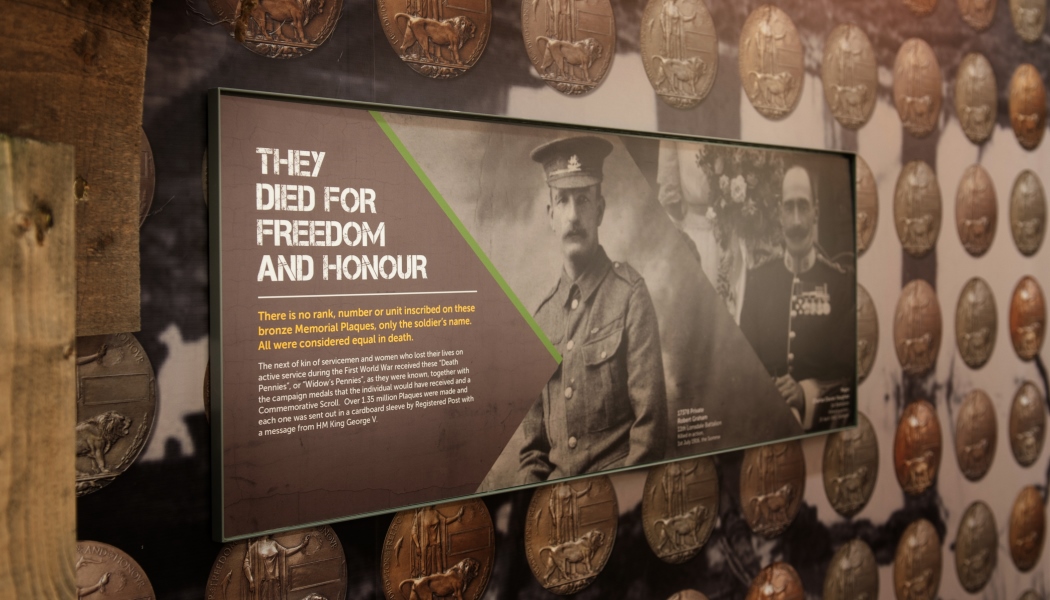 Her Royal Highness Princess Alexandra patron of Cumbria’s Museum of Military Life, based at Carlisle Castle, will visit the museum this afternoon for the first time since its £1.7m relocation and renovation last year

In October last year the museum reopened to the public after a £1.7 million investment. Until then, the museum had been based in the slightly cramped surroundings of Queen Mary’s Tower at the castle. It is now in Alma Block, once home to Cumbria County Council’s Archives and features new exhibitions as well as audio/visual and interactive installations and a café.

The Princess’s association with the local regiment, the castle and the museum dates back to the 1970s when she was the Colonel-in-Chief of the King’s Own Border Regiment until it amalgamated with two other units to form the Duke of Lancaster’s Regiment in 2006.

Princess Alexandra, however, remained as the Patron of the popular museum. During the visit Her Royal Highness will meet staff, trustees and associated representatives at the charity run museum and unveil a plaque commemorating her visit as patron to Cumbria’s Museum of Military Life.

The museum tells the 300-year story of Cumbria’s infantry units and also shows off the stories of local people who served in other military units. PLB undertook the development of interpretive designs and activity planning to support the museum’s successful Round 2 HLF bid in 2012. Following the award, PLB have developed the designs and managed the implementation of the project as a design and build contract. The museum received £1.43m of HLF funding towards a £1.7m project of which the exhibition element was £500,000. 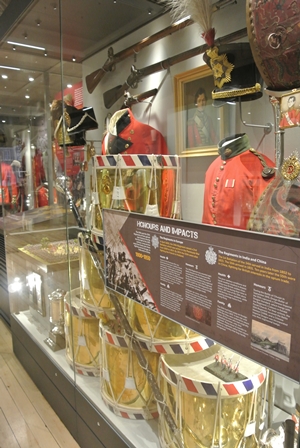 The museum has a rich collection of objects spanning 300 years 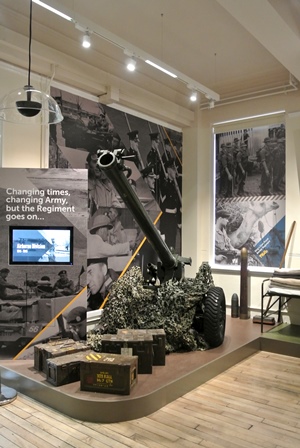 The extensive photographic collection was used to full effect by PLB

Because of the vast collection at the museum, encompassing objects, archive material and photographs PLB was able to create object-rich display cases with objects carefully selected for their connections to people – whether famous, infamous or unknown. The museum’s image collection being such a strong resource, capturing moments in the lives of soldiers with great immediacy and power, was also used in the development of both audio-visual and graphic content.

Throughout the importance of ordinary people has remained key and the creation of interactives and of a family-orientated trail has taken the experience of individuals as its driver. Visitors can therefore collect a trail leaflet from the ‘recruitment sergeant’ (staff at reception) and test their own skills and abilities to become a soldier of the Regiment.

Illustrated characters support the trail leaflet and the associated interactives and encompass the full range of military and civilian personnel, male and female, from different periods who have contributed to Cumbria’s Military Life.