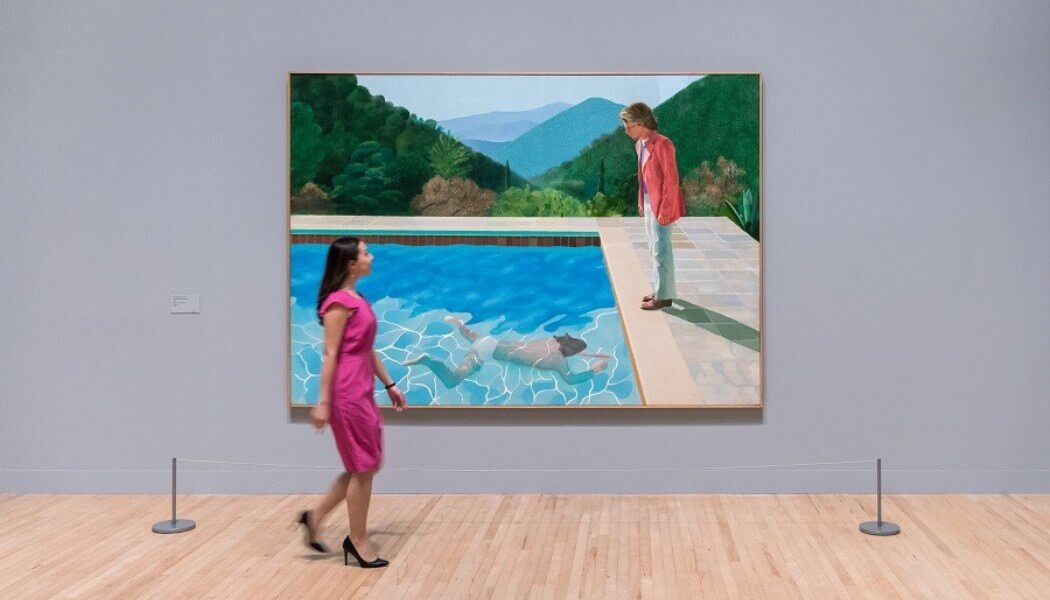 Tate Britain today announced that its David Hockney retrospective received 478,082 visitors, making it the most visited exhibition ever held at the gallery

The exhibition, which closed this bank holiday Monday, was the world’s most extensive retrospective of Hockney’s work and was seen by an average of over 4,300 visitors each day since it opened on February 9.

Almost 35,000 advance tickets were sold before the Hockney show opened – more than any other show in Tate’s history – and popular demand led to a series of special late openings, including the gallery staying open until midnight on the Friday, Saturday and Sunday of its final weekend.

It is now the most visited exhibition of a living artist ever held at any of Tate’s four galleries.

Alex Farquharson, Director, Tate Britain said: ‘Tate Britain is the home of British art and the perfect place to showcase one of our greatest living artists. The response to this retrospective – the first in 29 years – has been incredible. It is wonderful that so many people have had the chance to see it, and that they found the exhibition so exciting, thought-provoking and moving. We look forward to many more people seeing the exhibition when it travels to Paris and New York.’

The exhibition will now travel to the Centre Pompidou in Paris from 21 June to 23 October 2017, followed by The Metropolitan Museum in New York from 21 November 2017 to 25 February 2018.