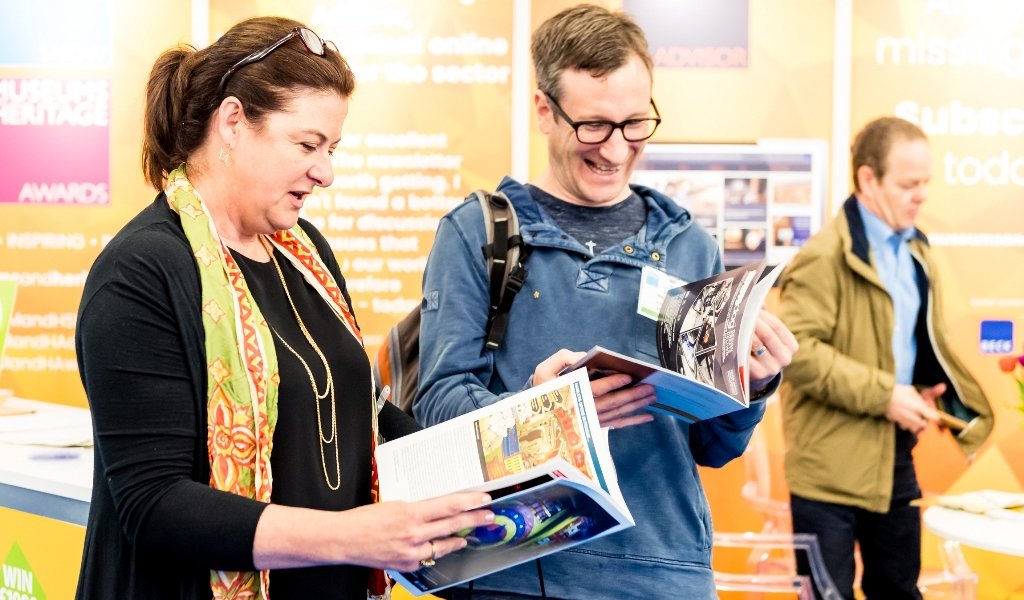 High up on many visitors’ agendas were talks on inclusive museums by Claire Madge founder of Autism in Museums and Tincture of Museums, and new funding opportunities from HLF and Arts Council England.

“The work I do is not only useful to people and their families on the autism spectrum but everyone,” said Madge to an audience that flowed out of the theatre.

Fiona Talbott, head of the museums, libraries and archives at the Heritage Lottery Fund, gave a joint talk with the Arts Council’s Isabel Churcher, and told how the HLF is currently going through an interim year where they are testing new approaches and also implementing recommendtations from the Mendoza Review.

“We are also exploring how the Arts Council and HLF can work better together,” she said. “We have streamlined our funding programmes but although budgets have decreased from £400m in 2016 to £190m today, that’s still a lot of money.”

Bill Haley, founder of Haley Sharpe Design gave the first talk of the day about working in the US, which has a value of $50bn to the economy, with most projects privately funded. He said the process is very democratic and he loves their openness. Recent projects include the Gateway Arch in St Louis. 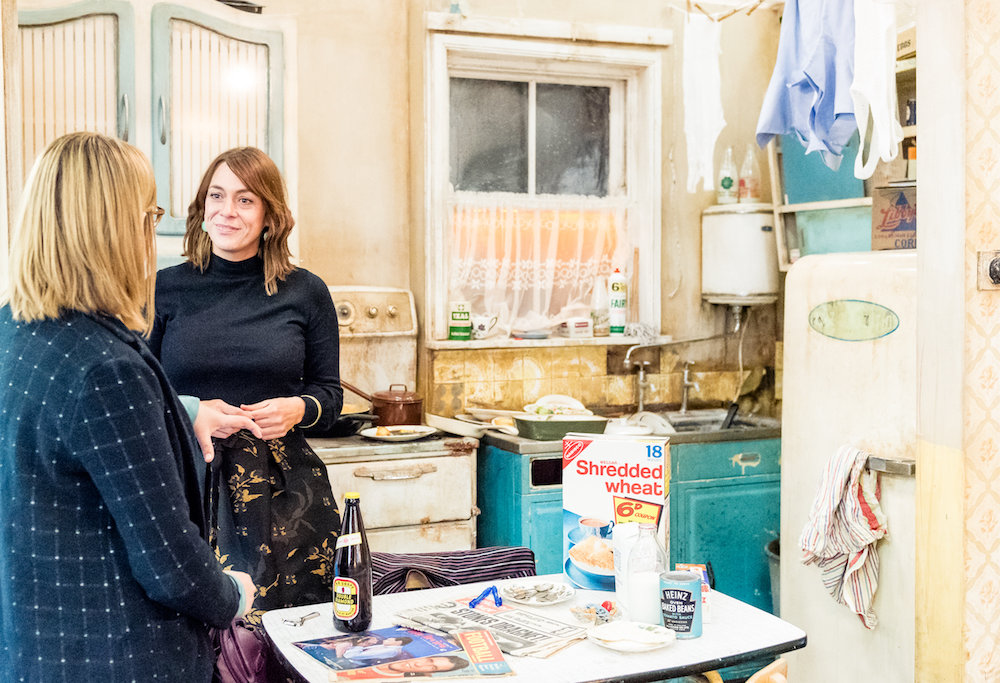 In his talk Cultural Change Through Community Partnerships, Joe Sullivan, the RAF Museum London’s heritage outreach officer, said that just a few years ago someone had siad to him that the local community ‘are not the kind of people we can work with’ suffice to say, there’s been a cultural change recently through its major redevelopment and now the same community plays a central role in the museum’s thinking.

The Museums + Heritage Show 2018 brought together hundreds of museums professionals with more than 50 free talks over the two days and 150 suppliers in close proximity. Visitors, speakers and suppliers ranged from directors to trainees and came from all over the UK and internationally.

Dian Dai, Director Huacai Art Museum in China, was part of a delegation with the Department of international Trade, which also had a stand, and said the Museums + Heritage Show was the focal point of her visit.

“I have talked to exhibitors at the Show and was happy to see the mix of high tech and real-life products on offer. Yesterday I visited three museums in London and the two experiences have been very rewarding. It was particularly interesting to see the close collaboration between education and art in the UK, we have a lot to learn in this respect.”

There were ten organisations in the Ask the Expert Zone, many of who were swamped by museum professionals taking the chance to talk one-to-one with them and also see demonstrations.

Emma Chaplin, director of AIM said she was attacked by Roman soldiers at the Show, thankfully not for real but while on the Jam Creative Studios’ stand as she perused some of the 150 exhibitors.

“I have been meeting lots of AIM members in our Ask the Expert stand and will be attending the Awards in the evening, before returning for day two where I will give a talk on Admission Charges and AIM’s reserach on that,” she said. “There’s a really busy but friendly atmosphere at the Show and the chance to meet new people.” 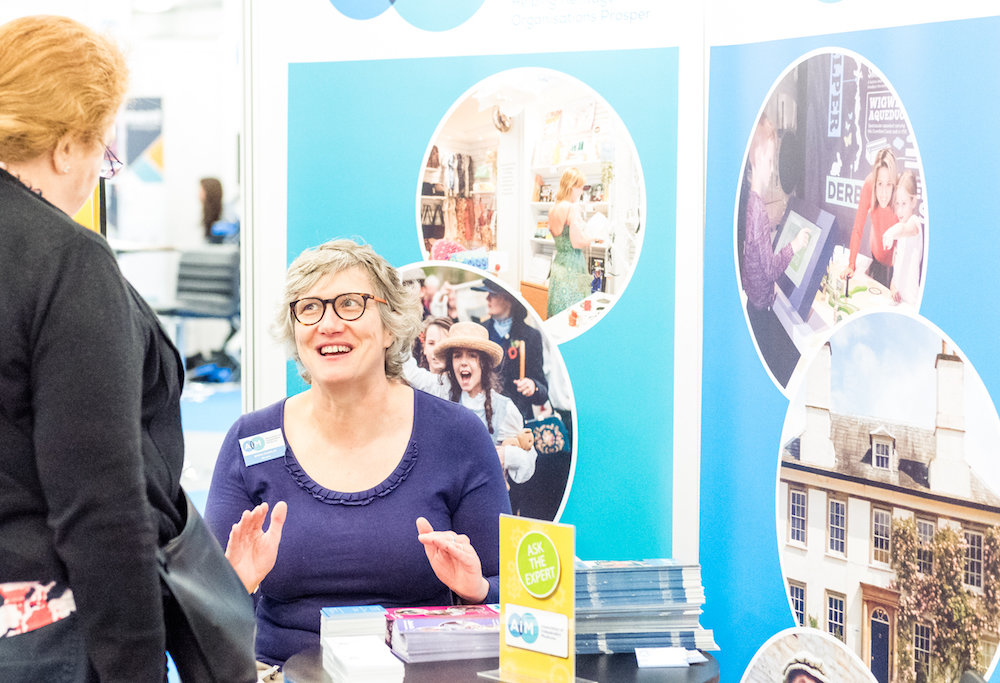 Day two offers many highlights including Collecting Now: A talk by HLF on its Collecting Cultures Programme and DIY interactives – practical findings from 10 West Midlands Museums.