Derby Museum Trust has set up an online petition to persuade Derby City Council to rethink a proposed £314,000 cut to its funding in the next finacial year, which could see the closure of one of its museums, reduced hours to the other two and possible redundancies.

The Trust took over the management of three City Museums, Pickford’s House, The Museum and Art Gallery and The Silk Mill, in 2012 and since then it has markedly improved the city’s museums as reported in M+H Advisor last month.

The Silk Mill reopened in 2013 and recently hosted the UK leg of the international Museomix festival. A substantial Heritage Lottery bid for its redevelopment has also been submitted recently.

This year the Museum and Art Gallery opened the Joseph Wright Institute and a café for the first time and the Trust has also led a ground breaking community participation programme Re:Make’ the museums with more than 3,000 local people taking part. 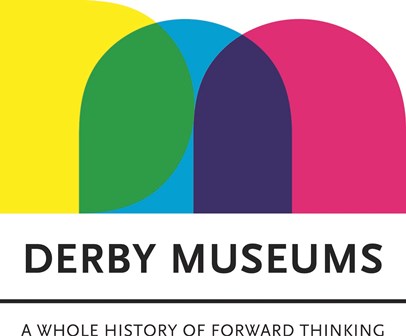 Visitor numbers across the sites have increased, and by the end of 2014-­‐15 are predicted over 100,000 people will step into Derby Museums. And plans are underway to open two new galleries in 2015 exploring Derby’s natural world.

“When the trust took over in 2012 The Silk Mill was closed and visitor numbers to The Museum and Art Gallery were in decline,” said executive director Tony Butler.

“Since then we have taken a two-pronged approach to build a relevant and resilient organisation. “Firstly we began to involve the community and young people in everything we do, from building exhibitions to caring for our collections.
“Derby Museums now touch many people’s lives. Secondly we took a more entrepreneurial approach, improving our catering and retail offer and encouraging corporate hires. Earned income is increasing but it will not fill the gap in funding immediately.”

Butler said the consequences of such a swift and deep reduction in funding are severe and could possibly see the closure of Pickford’s House which has been increasing in popularity since 2012.

Trust chairman, Peter Smith said: “We recognise that the Council is faced with difficult decisions, but the depth and speed of these cuts means we can’t afford to provide the same level of activity.
“We urge Derby City Council to reconsider their decision so Derby people can learn more about their heritage and that the city can celebrate its story across the world.”