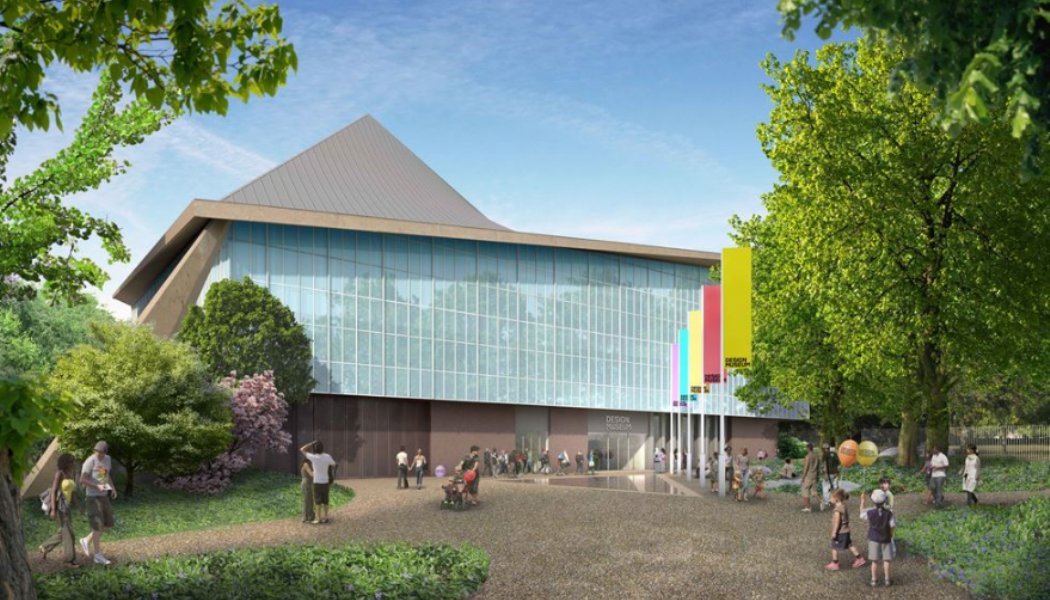 The Design Museum formerly left Shad Thames in London this week and the team have announced the launch of their fundraising campaign, Adopt an Object, to raise £200,000 towards the £1m needed to cover the construction costs of their new premises in Kensington High Street

The first packing crates have left the old Design Museum home in Shad Thames and are now filling the 1960s Grade II* listed former Commonwealth Institute building, which is being transformed into ‘the world’s foremost museum of contemporary design and architecture’.

Established in 1989 by Sir Terence Conran and Stephen Bayley the Design Museum opened in a former banana warehouse in Shad Thames and its closing marks a significant point in the history and development of the museum as it prepares to open a new building that will give it three times more space.

Deyan Sudjic, Director of the Design Museum said: “When the Design Museum opened its doors in a former banana ripening warehouse, transformed into a ‘Bauhaus on the Thames’, Shad Thames was still a no go area of abandoned warehouses and empty lots. The whole area has been transformed in the last quarter of a century. We will miss the river, and the views, but we are looking forward to a new home that will serve us even better.”

Adopt an Object signals a new age of fundraising and audience engagement with a campaign focussed primarily on mobilising the museum’s substantial online audience by asking them each to adopt an object for £5. All donations will help to complete the construction of the new Design Museum in the former Commonwealth Institute in Kensington High Street, west London. 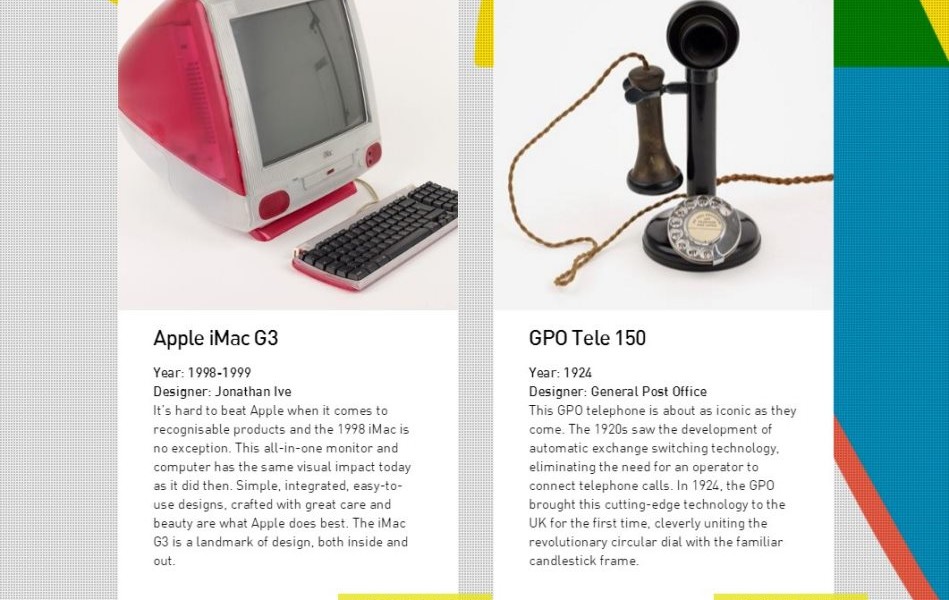 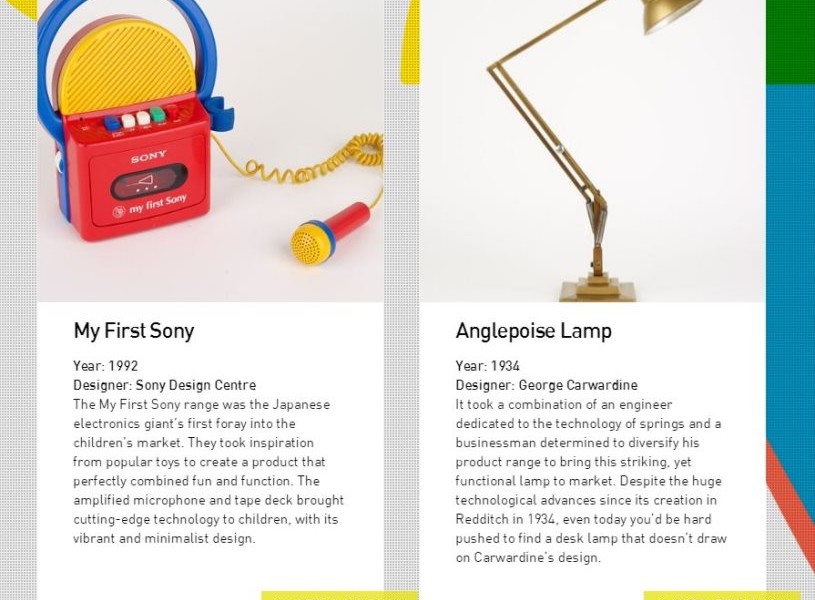 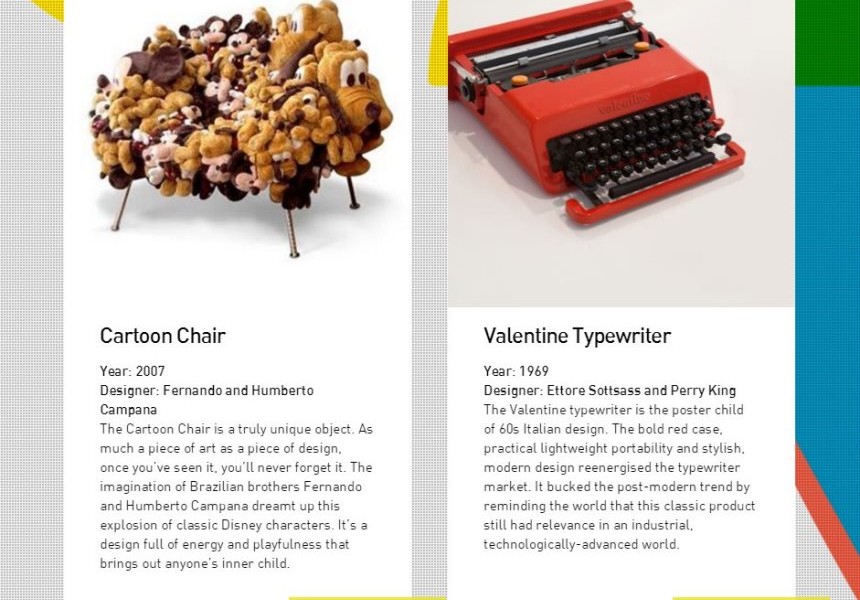 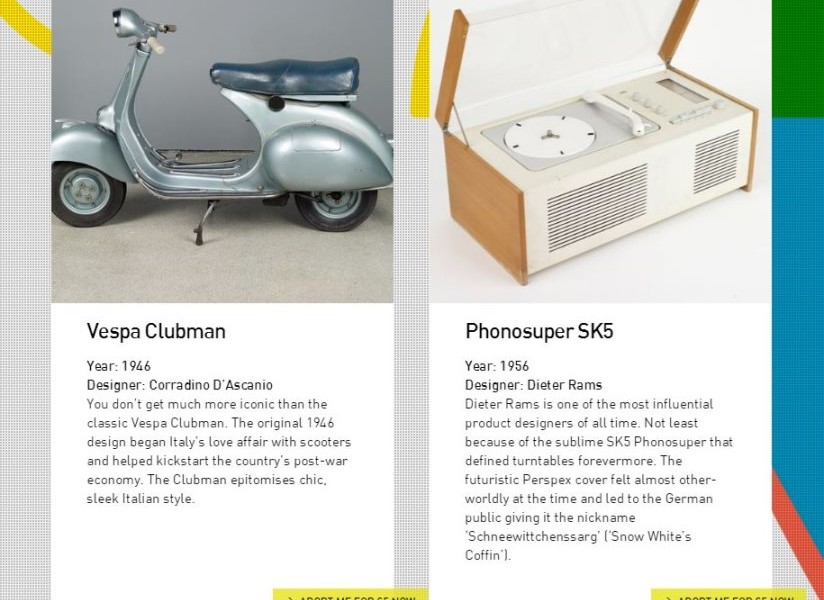 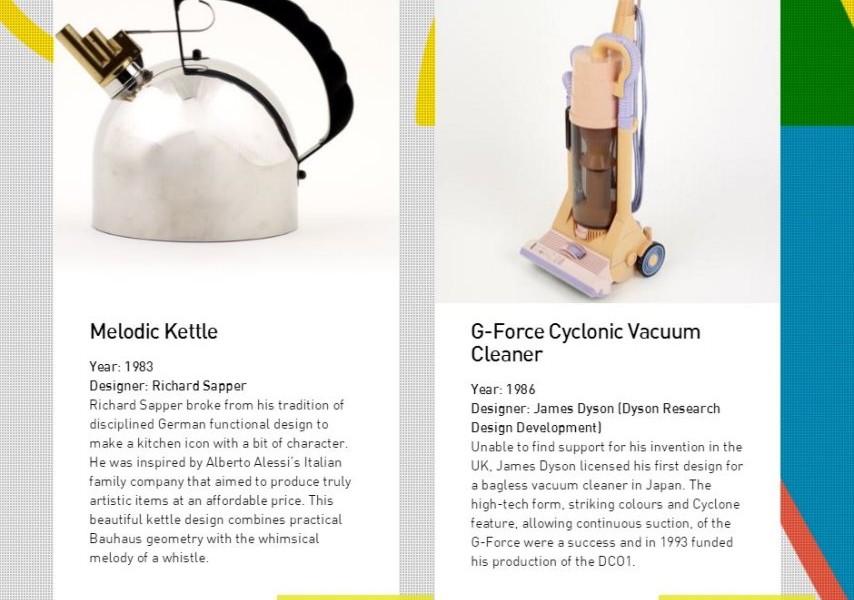 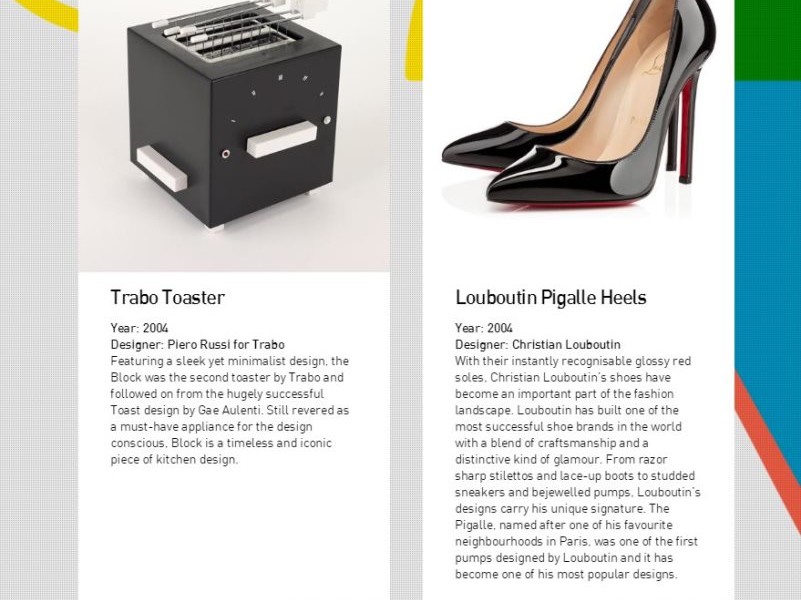 In return each adopter will receive a personalised thank you film showing an iconic object from the Design Museum’s permanent collection making its own way from Shad Thames to the new Kensington site, where the collection will be on free permanent display for the first time in the museum’s history. The twelve specially commissioned films, which include a pair of Louboutin heels riding a tube escalator and a Dyson vacuum cleaner crossing the road, will be sent to donors, who will also get their name displayed on the museum’s award-winning website.

To bring this campaign to life the museum worked with The Mill for film production and Fabrique and Q42 for website development.

Adopt an Object will run alongside the museum’s ‘On Loan’ programme, which will see the museum appear at a number of famous London locations before it reopens in its new location on November 24.

A pop-up exhibition featuring a selection of objects that will be on display in the new museum will open on Exhibition Road in October. The museum is teaming up with Barclaycard, a pioneer in rolling out contactless payments in the UK in 2007, to create a portable, contactless donation box and will be loaning out objects, speakers and even its Director as it works with 100% Design, Tent, Jamie Oliver’s Big Feastival, Fresher’s Fairs and Designjunction.

The new museum will open on November 24 and will include a free permanent display of its collection in the exhibition Designer Marker User as well as two temporary exhibition spaces, which will open with Designs of the Year and Fear and Love: Reactions to a Complex World.