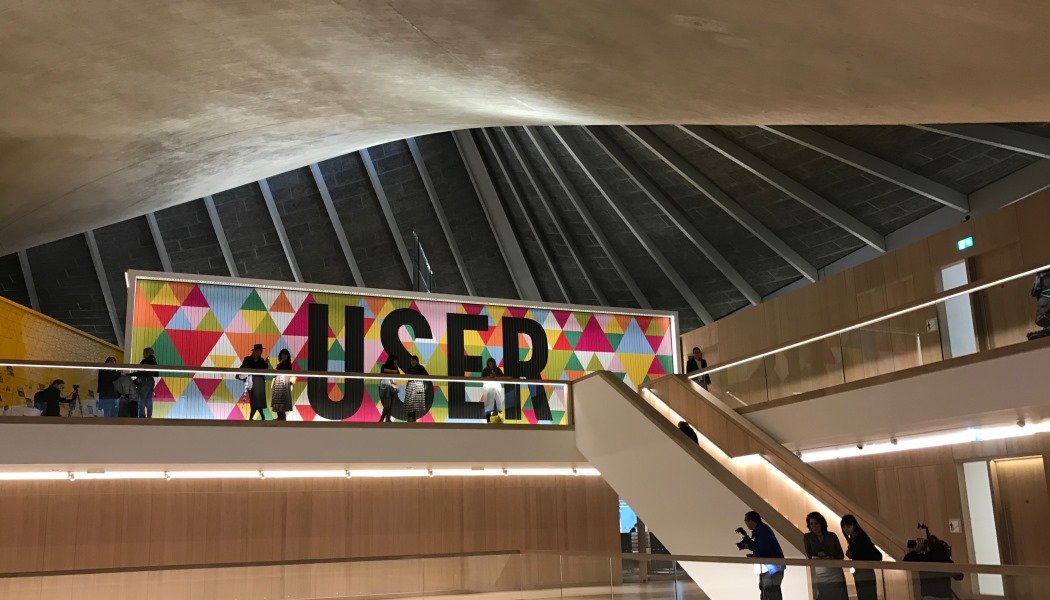 The first thing to appreciate when you make your way into the new Design Museum is its impressive atrium. The wide-open space not only lends the visitor a view of the three floors and a mezzanine of exhibition and learning space surrounding them but also the restored hyperbolic paraboloid roof that soars 25m over the museum.

This latter structure is part of the former Commonwealth Institute building, opened in 1962. And this is what is exceptional about the new Design Museum: the fact that it has taken what was, by all accounts, an iconic but decaying Grade II* London building and restored and refurbished it. In essence, this is a hugely successful regeneration project that has given the Design Museum three times more space than its previous home at Shad Thames as well as a building that is of great significance from a historical and design point of view. 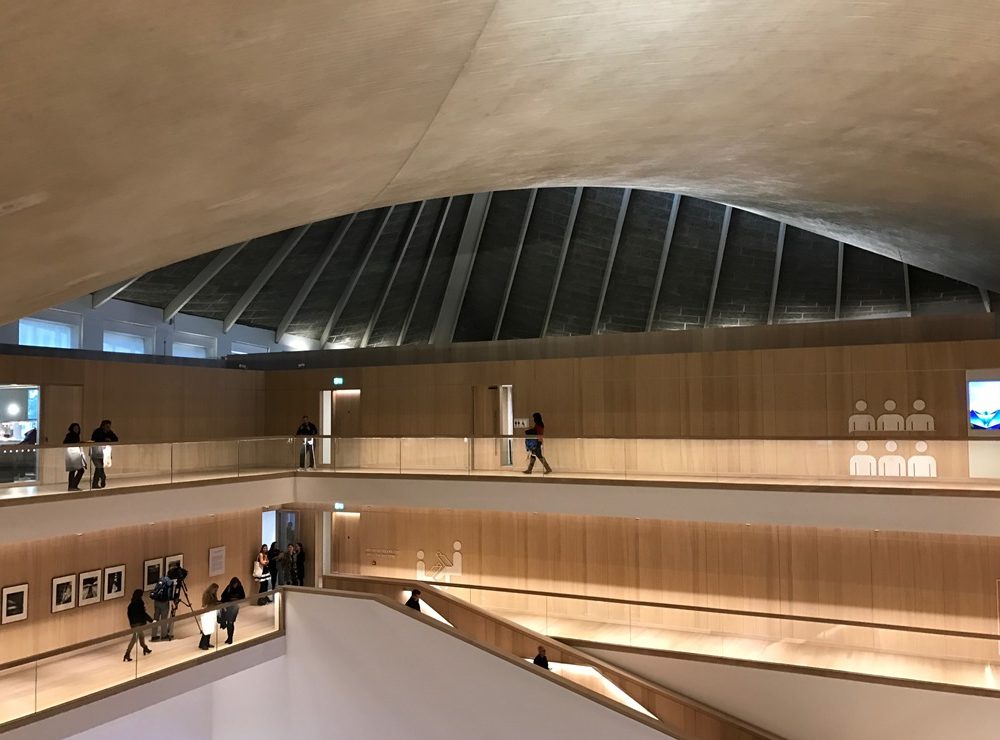 The copper external roof, and its concrete interior cousin, are not the only elements that have been kept in accordance with Historic England and visitors can also see on the -1 floor opposite the new 200-seat Bakala Auditorium a Commonwealth Map, an original feature of the old building, a marble wall on a landing two floors up and elsewhere stained glass windows. 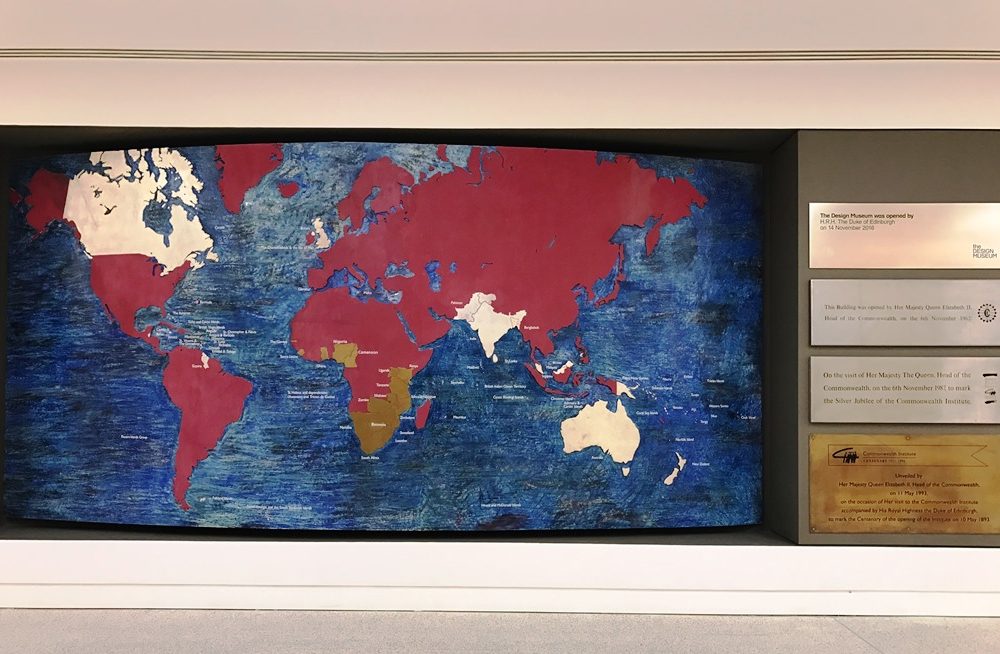 Helen Charman, head of learning at the Design Museum

But that’s where the remnants of the past end and are absorbed into an altogether new oak-lined structure in the centre of the building created by designer John Pawson. On the ground floor there is a café, shop and a temporary exhibition space with the opening show Fear and Love: Reactions to a Complex World, which features 11 installations from some of the world’s most thought-provoking designers and architects working today. This is an exhibition that educates as well as visually enthrals (it’s like walking into a labyrinth) with exhibits such as Christien Meindertsma’s Fibre Market showing piles of wool taken from 1,000 jumpers that had been thrown in recycling bins and is a critique of today’s disposable consumption. It also features a commission by architecture practice OMA, that also worked on the restoration of the building’s exterior, entitled The Pan-European Living Room – a slick lounge furnished with objects designed in each of the 28 EU states. 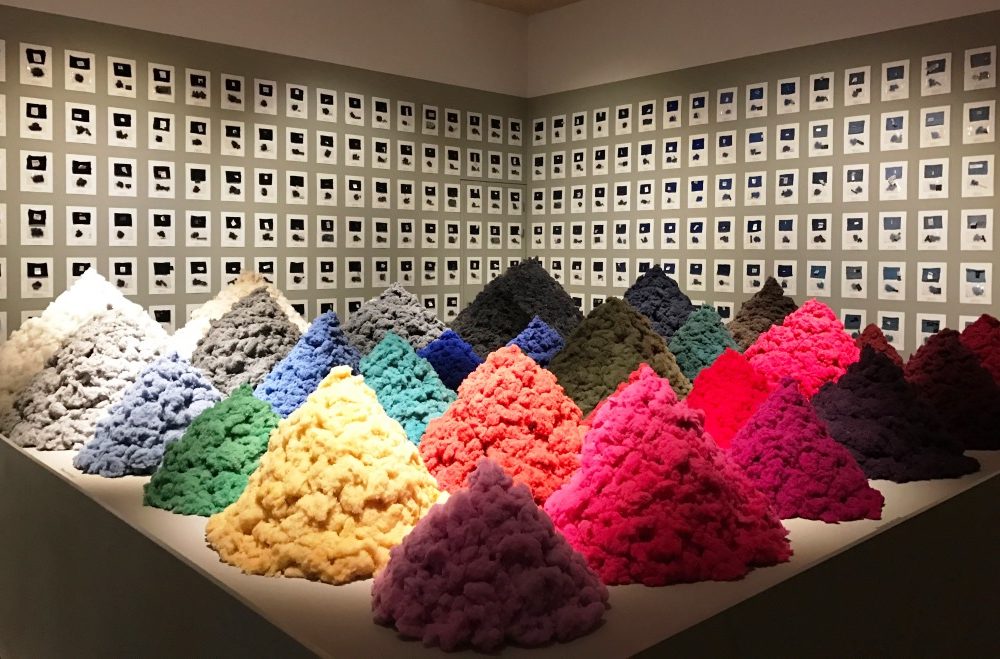 The Design Museum plans to have six temporary exhibitions annually and future shows include one dedicated to California and another to the Russian Revolution (hopefully concurrently).

The other temporary exhibition space is situated on the -2 floor and opens with Beazley Designs of the Year, which is the Design Museum’s annual exhibition and awards that recognises the world’s best designs. For me this was possibly the standout feature of the museum where I really got a sense of why design is important and how it can affect our lives not just on earth but in space. This was represented in the design of a cup that works in zero gravity and the Better Shelter a partnership between IKEA and UNHCR, which has seen the design of a safer, more secure shelter for those fleeing armed conflict. ‘Someday the other museums will be showing this stuff’ says a poster as you descend a staircase to the gallery, which may well be true. 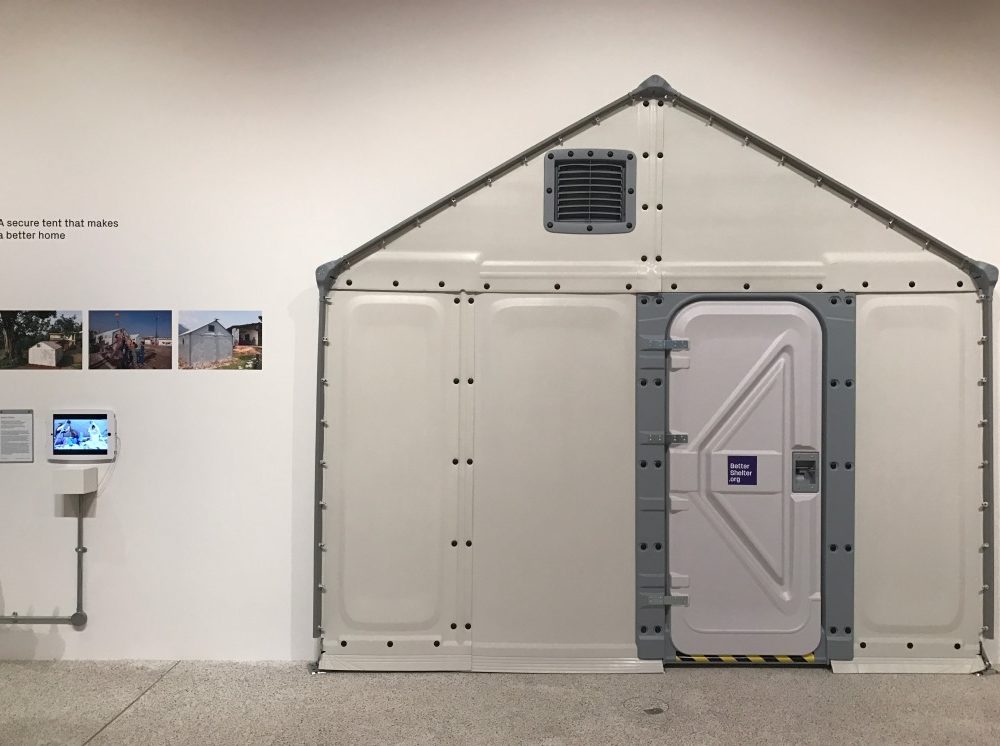 However, the new design museum is not just about the building, as pleasing to the eye as it is, or the exhibitions that place design firmly in both our everyday lives and at the forefront of innovation. It has used the extra space to create a place for making for both students and enthusiasts, which is somewhere the museum hopes to interact with the community as well as nurture the designers of the future.

The entire first floor is dedicated to learning, which includes the Swarovski Foundation Centre for Learning and the Sackler Library and Archive. It is estimated that these facilities will provide design education at all levels for up to 60,000 annually. There is within the centre for learning a common room, design studios and a creative workshop, which will cater for young people, families and academics with a full programme of community engagement. 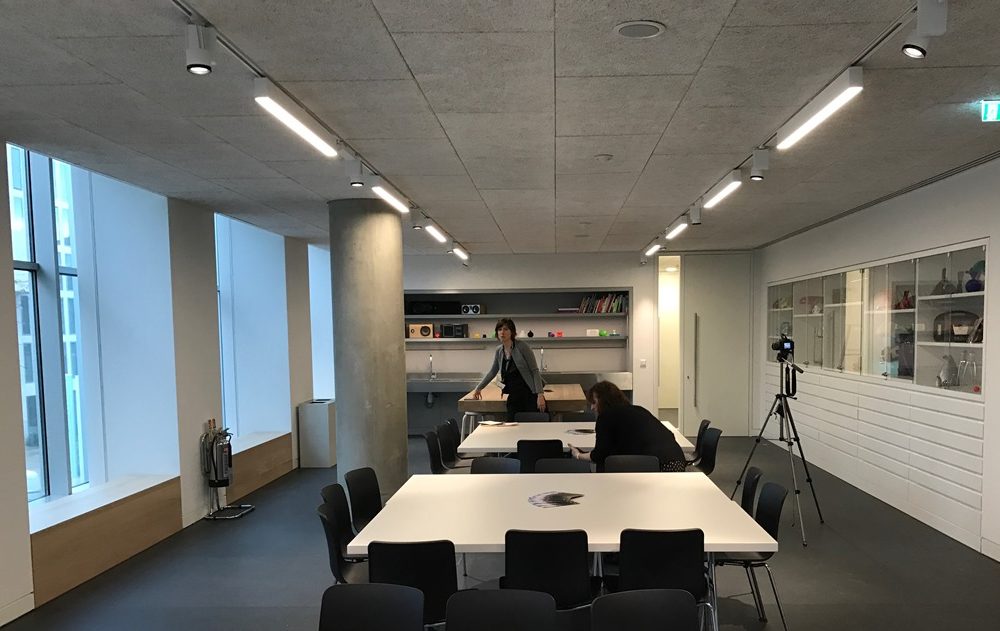 Helen Charman in the design studios

It was here that I began to notice the pictograms outside the different spaces, designed for the 1972 Olympics by the celebrated German graphic designer Otl Aicher, which added an extra layer to the design. It was also here that Helen Charman, head of learning at the Design Museum, told me that the centre for learning will be a resource for civic engagement ant that part of the museum’s mission is to create the people the future needs and promote design as a force for change and a force for good. 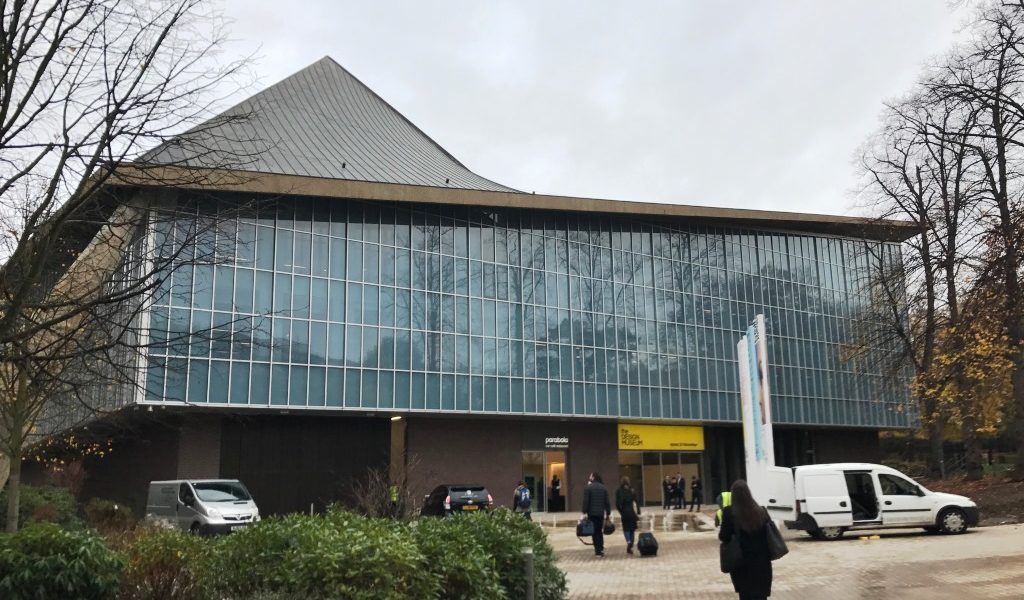 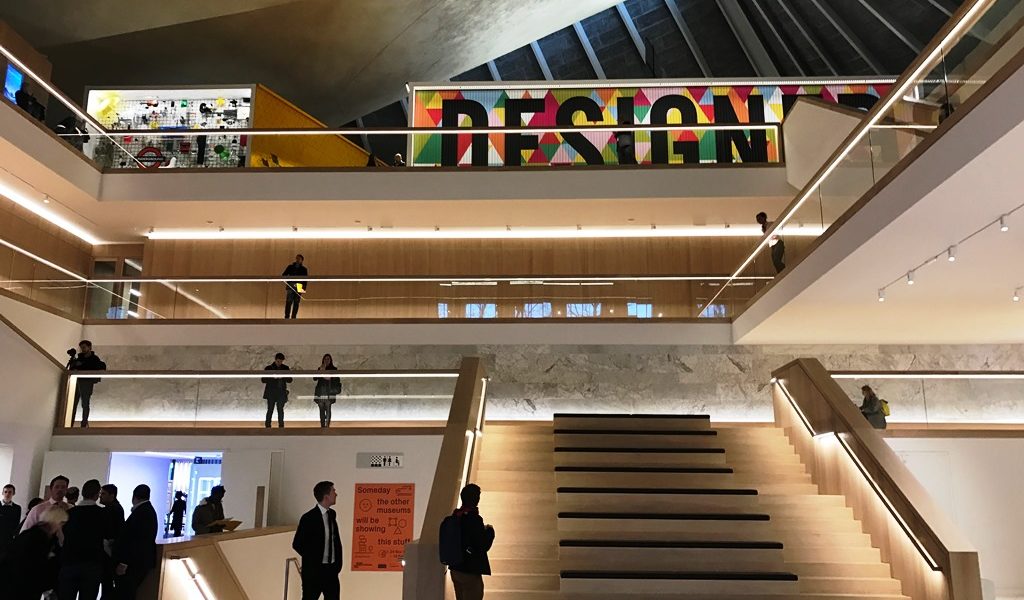 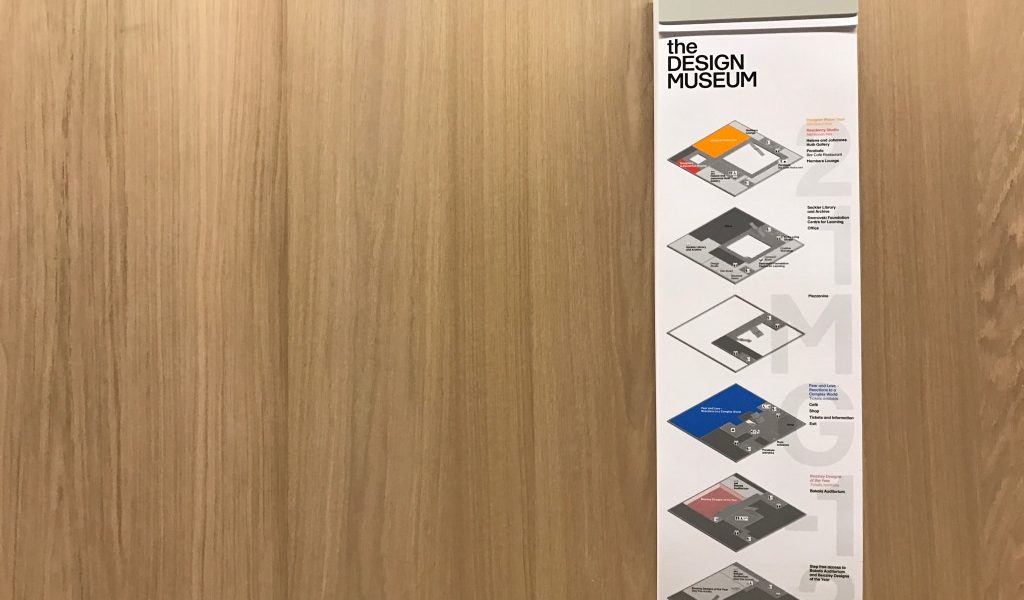 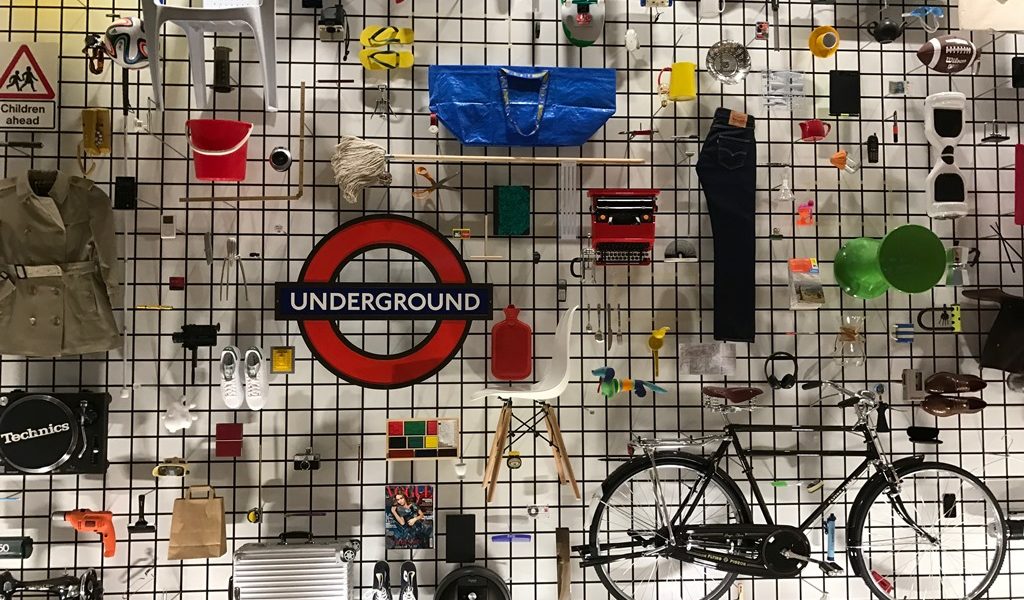 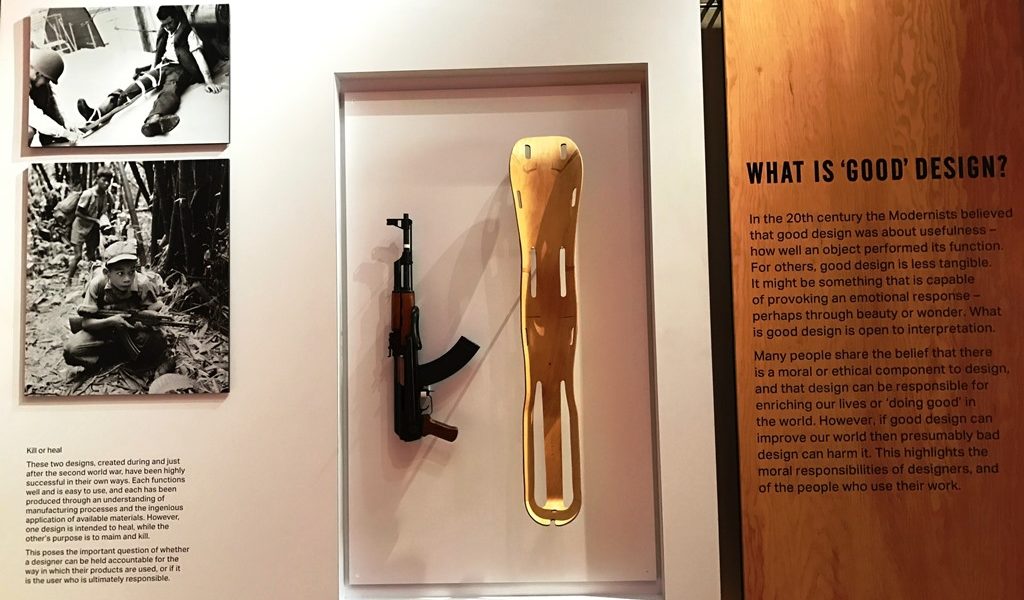 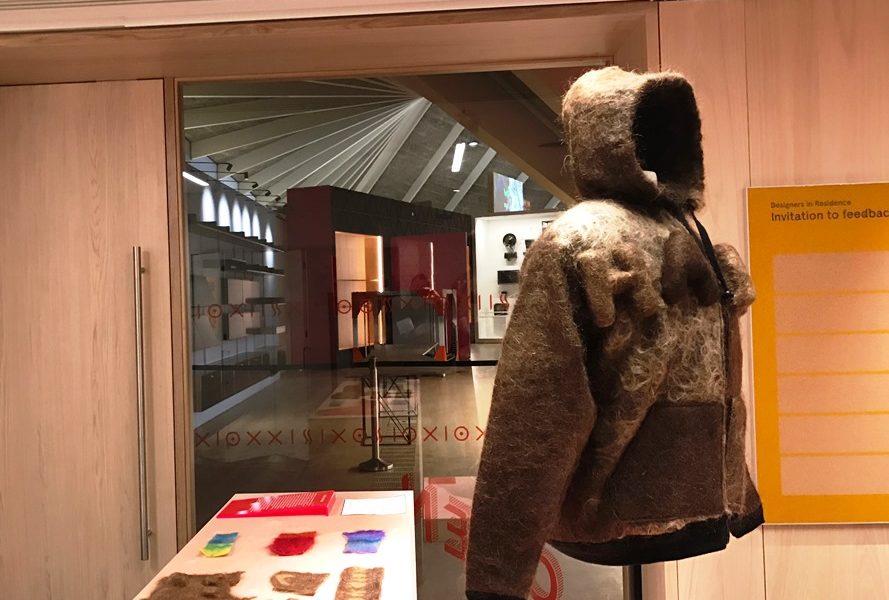 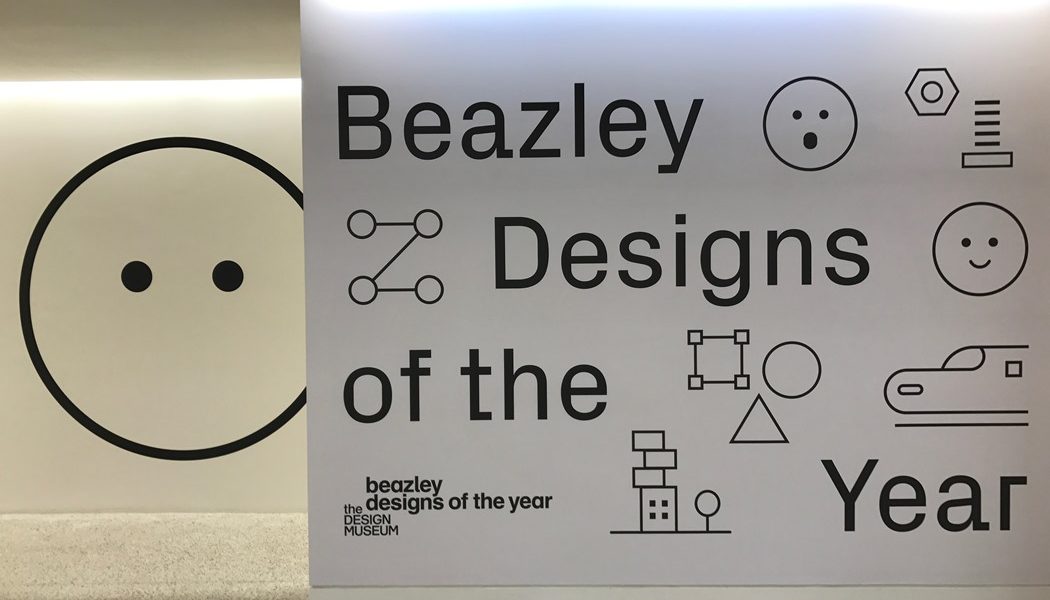 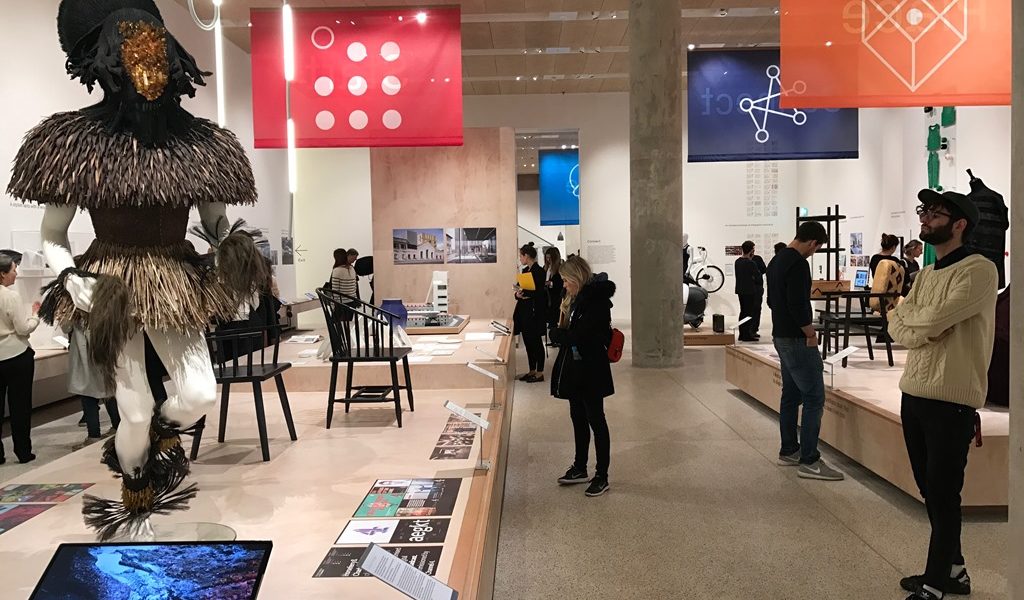 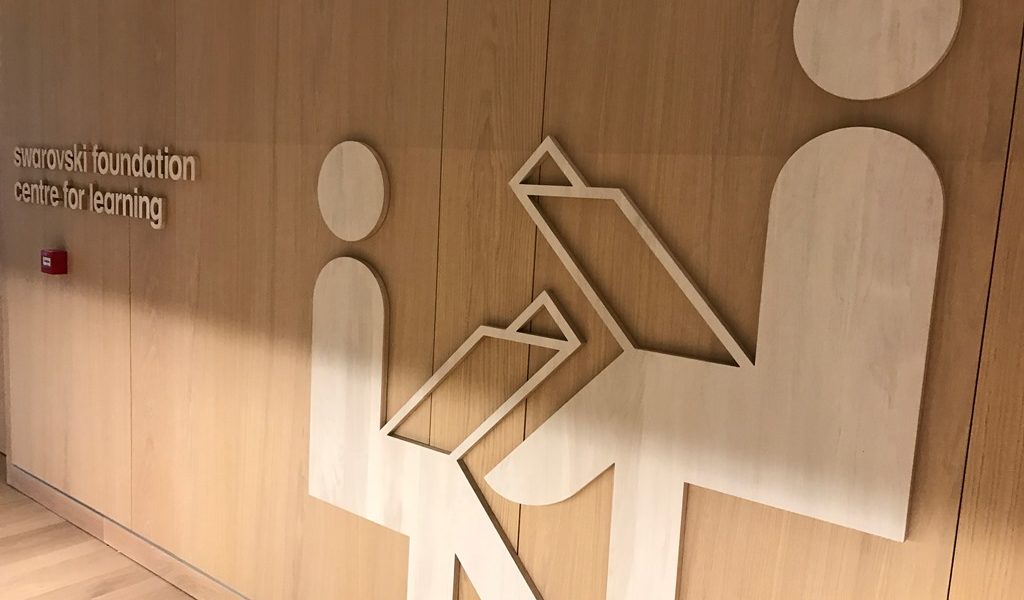 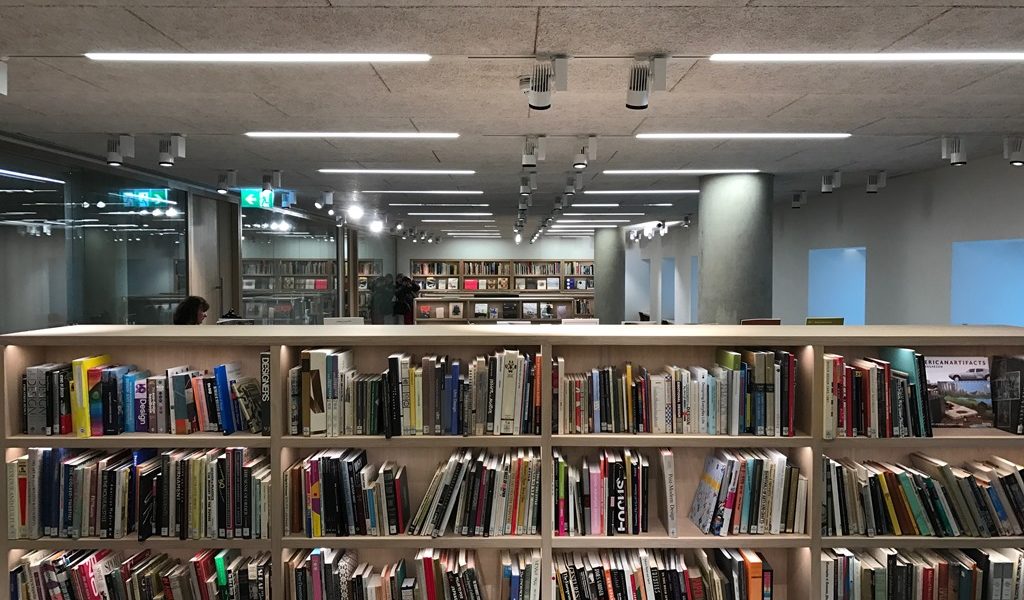 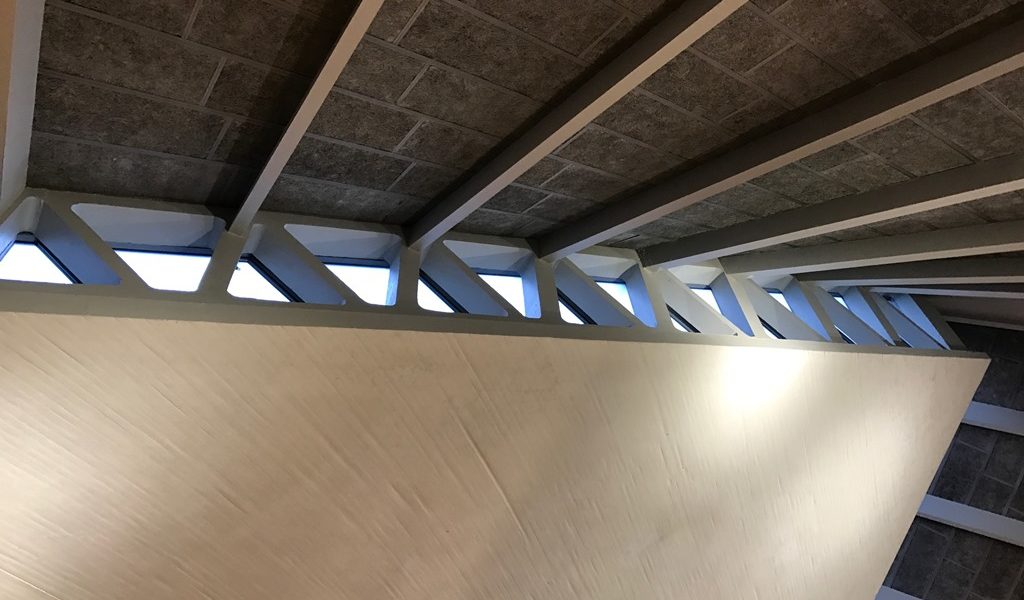 This learning continues on the second and top floor where the Designers in Residence have their own exhibition space and Residency Studio that directly moves their creations from workshop to gallery (they will also have the chance to sell their design in the shop in future). This is also the location of the permanent exhibition: Designer, Maker, User, devoted to contemporary design and architecture, which I felt given the spaciousness of the top was a little confined and needed to be spread out more but did, however, depict some heady milestones in design.

The second floor is also home to a members’ lounge and the Helene and Johannes Huth Gallery – a versatile event space – and the Parabola café restaurant lending views of Holland Park.

All in all the new Design Museum, although looking rather large on the approach from Kensington High Street, is after a brief tour a compact building with everything in its place. The temporary exhibitions are a treat and learning spaces should really come into their own in the immediate future, providing a workplace for creatives. The museum can facilitate exhibition visitors, classes, learning, staff offices, meeting rooms, dining and events simultaneously, which is exactly what the team were looking for with the move.

This £83m project is the latest iteration of the Design Museum founded by Sir Terence Conran in 1989 at Shad Thames, a former banana warehouse, which itself was manifestation of his Boilerhouse design gallery he set up in 1981 at the Victoria and Albert Museum. And as Sir Terence told Advisor, he believed it to be the best design museum in the world and one that would act as a template for future museums. And he may be right.