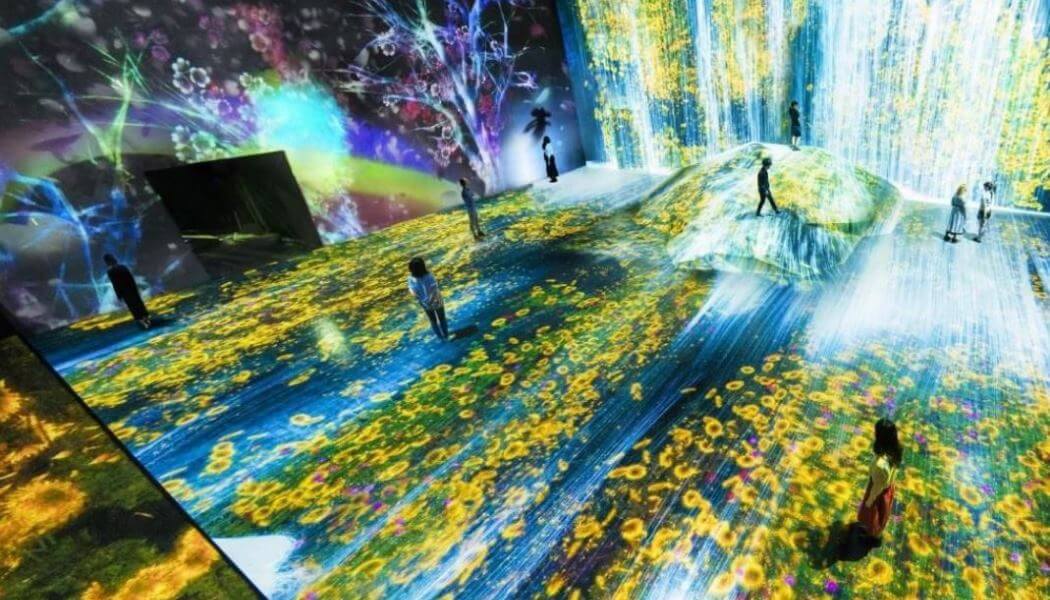 It’s a bit of a mouthful, but The Mori Building Digital Art Museum: teamLab Borderless, which opens today in Tokyo Bay is completely free of historical portraits and objects and instead features approximately 50 interactive artworks

The new museum is a partnership between art collective teamLab and Mori Building, an innovative urban developer based in Tokyo, and covers an area of 10,000 sq m with five separate zones.

TeamLab, formed in 2001, call themsleves ‘ultratechnologists’ and have a long history of creating what they call borderless digital artworks, which are powered at the Digital Art Museum by a complex network of 520 computers and 470 high-tech projectors. And at the new museum the interactive artworks again have no borders separating them from the other works.

They say their aim for the new museum is to expand cultural interactions in Tokyo and enhance the city’s magnetism as the metropolis approaches 2020 and beyond.

“Digital art has been liberated from the constraints of material substance,” said Toshiyuki Inoko, Founder of teamLab. “The feelings and thoughts that were incorporated into an artwork through a physical medium, can now be directly transferred to people (visitors) through experience.” As people walk freely around teamLab Borderless Inoko says they lose themselves in the artwork world. “The borderless artworks transform according to the presence of people, and as we immerse and meld ourselves into this unified world, we explore a new relationship that transcends the boundaries between people, and between people and the world.”

Features include an Athletics Forest, which he says is a stimulating 3D haven scientifically designed to promote, albeit surreptitiously, the growth of the brain’s hippocampus and will be a big draw for youngsters and adults alike. There is also a Light Forest with 3D Bouldering and a Multi Jumping Universe, Sketch Aquarium and a Forest of Resonating Lamps. 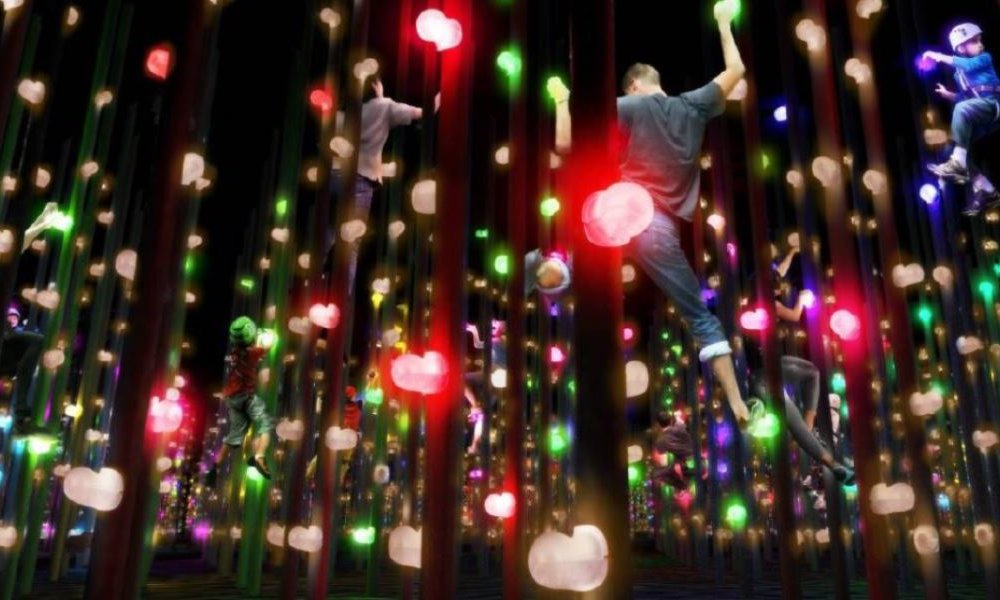 TeamLab say their collaborative practice seeks to navigate the confluence of art, science, technology, design and the natural world through their various specialists such as artists, programmers, engineers, CG animators, mathematicians and architects form teamLab.

Their work has been showcased in a number of temporary exhibitions across the world including its 2015 exhibition Flutter of Butterflies Beyond Borders in September 2015 at the Saatchi Gallery.

In this interactive work butterflies were created in real time by a computer program and their wings transformed as they flew through the spaces into the nearby installations and once again reiterating teamLab’s desire to eliminate the boundaries between the works.