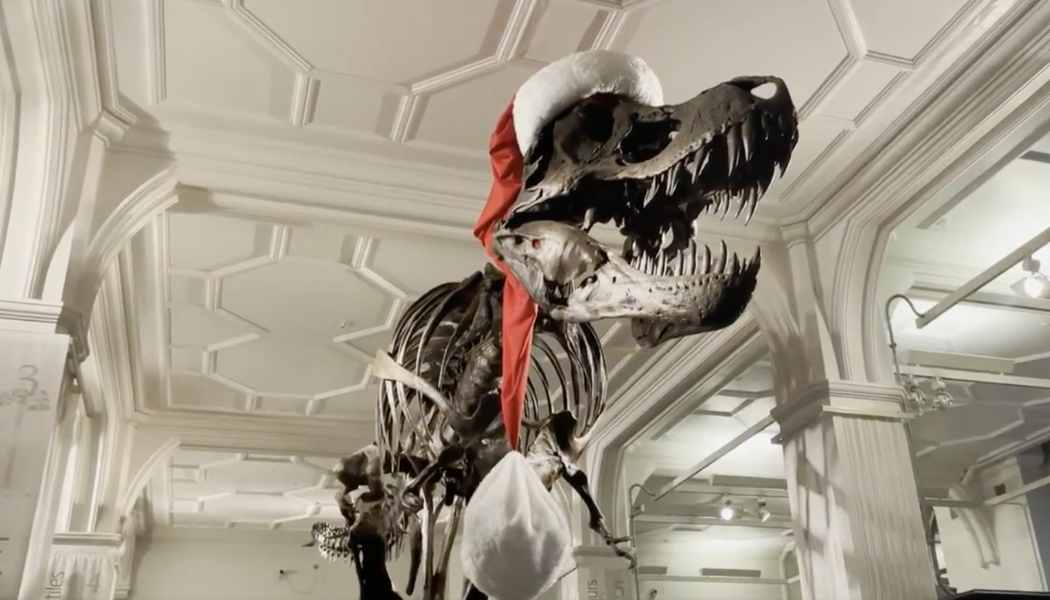 Image: A still from the University of Manchester's video
Share

Museums across the UK are sprucing up their favourite prehistoric exhibits in time for the Christmas season. Here are some of the best.

As visitors find time off to visit museums with family and friends, locations across the country are adding a festive spin to their existing exhibits and attractions.

While the connection between Christmas and prehistoric creatures isn’t immediately obvious, that hasn’t stopped these locations from getting into the spirit.

Some of the most well-loved prehistoric exhibits at museums across the UK have been spruced up in time to welcome visitors with a festive season’s greetings. 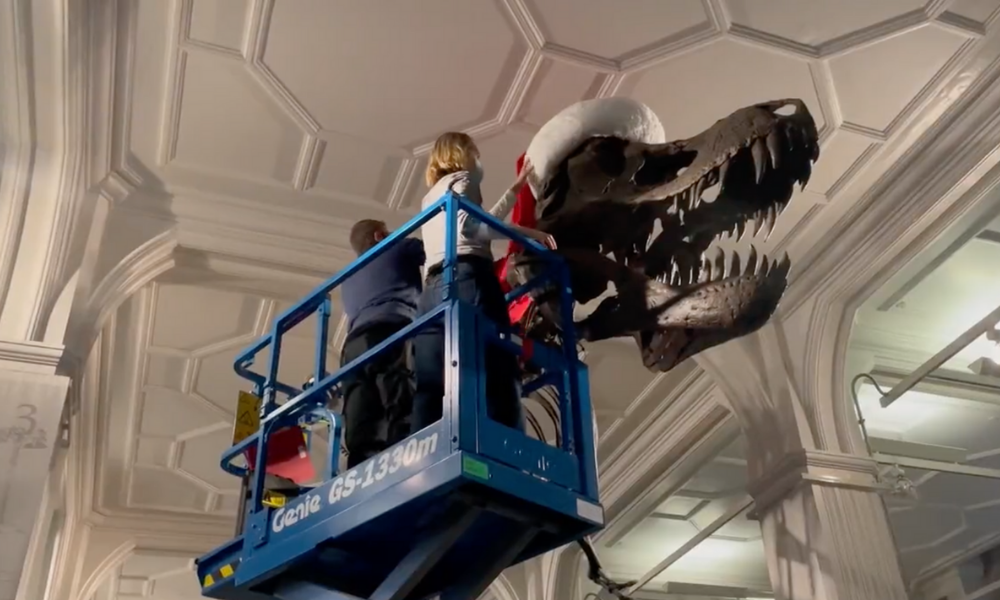 A still from the Manchester Museum's video

Manchester Museum took to Twitter to show off the latest addition to its T-Rex skeleton.

Known fondly as ‘Stan’, the museum’s prized dinosaur stands over 12 feet tall and has been given an equally giant Santa hat in time for Christmas. Adding the hat to the skeleton required a team of museum workers and a scissor lift.

Hats off 👀 to the team for making a T.Rex look festive! 💪 Our Fossils Gallery is open for one day only tomorrow for our Gift Appeal 🎁 💛#behindthescenes pic.twitter.com/H5hOAMYXmR

The museum, which is currently closed for refurbishments until late next year, has added the accessory as it opens its Fossils Gallery during collections for a Christmas Gift Appeal.

Those providing donations will have a chance to see the dinosaur and have a meet-and-greet with santa.

The festive animatronic dinosaur © The Trustee of The Natural History Museum

A T-Rex at the Natural History Museum has also been given a Christmas make-over, with a festive jumper to meet the requirements of its odd proportions.

Made entirely from recycled materials, the jumper was created by Leicester company British Christmas Jumpers, and reportedly took staff 100 hours to complete.

Our animatronic T. rex is getting into the Christmas spirit. It’s been kitted out in its very own theropod-size seasonal sweater, made from 100% recycled materials, thanks to @britishxmas.
Get your claws on your own version: https://t.co/p02sVFP2nI#NHMtrexmas pic.twitter.com/ZRhyA0Ubi9

The animatronic dinosaur is not just dressed up for Christmas cheer, but is turning its tiny hand to modelling. The museum’s shop is selling a version of the jumper, fit for humans, in its online store.

Visitors hoping to see the dinosaur’s modelling effort have until the festive season ends, as the jumper will be on show until Christmas eve. 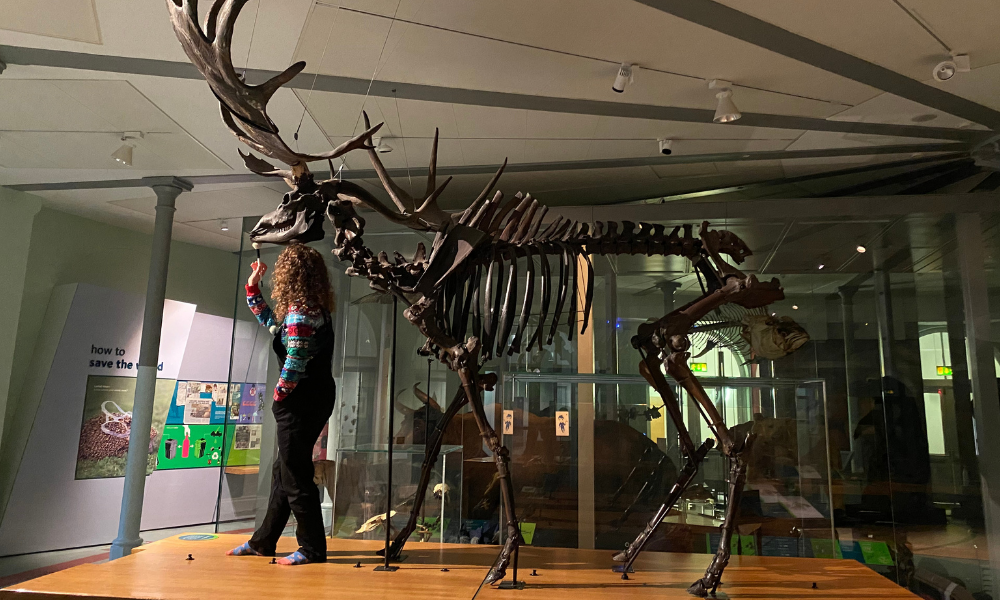 Standing more than seven feet tall, Leeds City Museum’s 10,000 year-old giant deer has been given a pre-Christmas clean by experts.

Part of the Life on Earth Gallery, the ‘Megaloceros giganteus’ was among the largest deer to have ever lived, and has the largest antlers of any known deer, measuring around 12ft from tip to tip. The creature is part of the deer family which includes reindeer.

As well as the deer, the museum’s family-friendly, free Ice Age trail will include a snow leopard and other wintry creatures dotted around the museum.

Councillor Jonathan Pryor, Leeds City Council’s executive member for economy, culture and education, said: “The Leeds Museums and Galleries collection includes some incredible specimens and we’re extremely lucky to be able to see them on display.

“It’s also inspiring to see those collections interpreted in so many imaginative ways over the festive season, giving visitors a chance to explore them in new and engaging ways.”