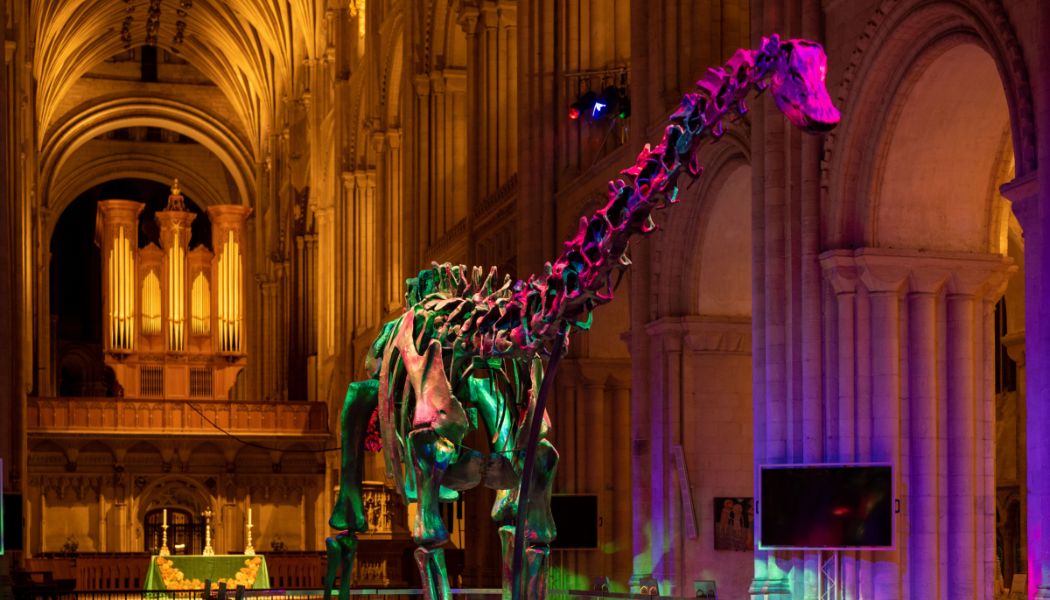 The Natural History Museum’s popular Diplodocus cast, known as Dippy, is preparing to set up residence in Coventry at the Herbert Art Gallery & Museum.

From Monday 20th February 2023 the cast will make the museum its home for an initial period of three years in a free installation, ‘Dippy in Coventry: The Nation’s Favourite Dinosaur’. Prior to the skeleton’s arrival, the venue underwent a vast refurbishment in preparation for Coventry UK City of Culture, enabling the gallery to display more works and major world-class exhibitions including The Turner Prize 2021.

The Diplodocus skeleton first arrived in London in 1905 and was unveiled to the public four months later. The 4.17 metre high skeleton recently embarked on an eight-city tour, which saw it taking in every country in the UK, spending time in Dorchester, Birmingham, Belfast, Glasgow, Newcastle upon Tyne, Cardiff, Rochdale, and Norwich.

The Natural History Museum calls the popularity of the cast the ‘Dippy effect’, and reports that two million visitors have been drawn to visit, with an economic benefit of just under £36m across the eight regions.

While the skeleton cast is on loan, a new weatherproof bronze replica of the Diplodocus specimen will be welcoming visitors in the grounds of the Natural History Museum as part of its Urban Nature Project, due for completion in early 2024.

Dr Doug Gurr, Natural History Museum Director said: “After a brief respite back here at the Museum where over a million more people visited Dippy Returns: The Nation’s Favourite Dinosaur, we couldn’t be more thrilled that Dippy will now be taking up residence in Coventry.

“We wish the Herbert Art Gallery & Museum every success and know that Dippy will continue to educate and inspire visitors to explore nature on their own doorsteps and become advocates for the planet.’

Paul Breed, CEO of CV Life which operates Herbert Art Gallery & Museum said the skeleton cast is “a brilliant opportunity for the Herbert, but with how much footfall it will bring, it’s also a huge opportunity for Coventry and the wider economy.

“This kind of world class exhibit should be available to all and I’m glad that with our free ticketing system Dippy will be accessible to everyone, from Coventry school kids to international tourists – it’s going to be a brilliant three years.”