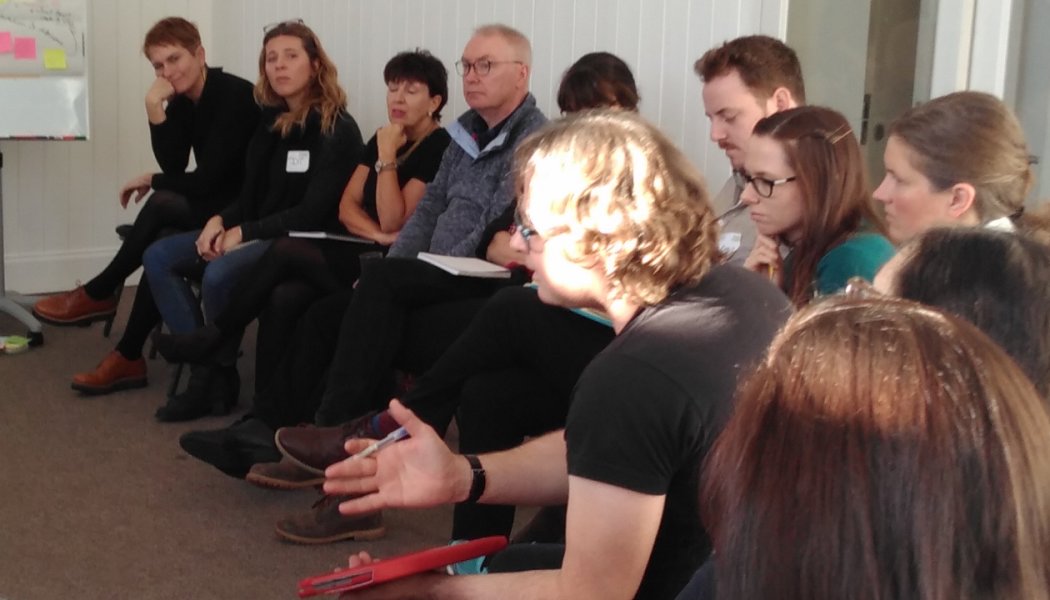 In a week’s time Donald Trump will take the reins of the world’s most powerful nation, and that, along with Brexit, has had many museum professionals reeling. But as Nat Edwards, a Museum Consultant and until November, Assistant Director (South) for the National Trust for Scotland, suggests, now is the time for fluid debate in museums

Pope Francis, who is a great man, gave his first interview after being elected to Eugenio Scalfari, an Italian journalist who is also a self-proclaimed atheist. It was a sign: real dialogue isn’t about talking to people who believe the same things as you. Social media don’t teach us to dialogue because it is so easy to avoid controversy… But most people use social media not to unite, not to open their horizons wider, but on the contrary, to cut themselves a comfort zone where the only sounds they hear are the echoes of their own voice, where the only things they see are the reflections of their own face.

As the seconds count down to what will certainly prove to be the least musically inspiring Presidential inauguration in recent history, there seems to be a growing currency for empathy among social and cultural commentators and organisations. After the shocks and bewilderments of Brexit and Trump, people seem to be realising that bawling about the unfairness of it all on Twitter is a less than productive strategy. Indeed, institutions such as museums have both a responsibility to act like grown-ups in an increasingly fractured and fractious world and an opportunity to establish themselves as spaces where divided communities can begin to reconnect. This was certainly a sentiment expressed at the recent Museums Association conference in Glasgow, where an audience of 200 museum workers considered the implications of ‘2016: The Year Everything Changed.’ The discussion, held as the US ballot was being counted, acknowledged that a time for complacency and retreating into safe spaces of like-minded company was well past and suggested museums had a job to accommodate new debates – that could help people come together to navigate the fluid new world ahead.

Considering the caution of many museums towards engaging with any kinds of contested ideas or controversial spaces, it may seem like hubris to declare them to be spaces for all comers to join in collective social cohesion. However, some brave souls seem not only to be open to the idea of the Empathic Museum, but actively promoting it. Having examined 15 case studies in her book Fostering Empathy in Museums, Elif M Gokcigdem proposes five ways in which museums can increase empathy in the world. Writing in the University of Berkeley’s Greater Good Science Center, Gokcigdem suggests museums can be a ‘fun and creative way to engage our empathy muscles’ through holding a mirror to society that helps us to engage with others; through telling trusted stories that help emotional engagement; through experiential learning; through creating moments of ‘awe and wonder’ that help to shift people off the rails of their established prejudices and by creating spaces for contemplation and reflection, where people can take the time to understand and connect with others. Museums, she argues, are uniquely positioned to provide the breathing space and emotional framework to ‘help us gain a perspective­altering lens that awakens our sense of connectedness, respect, compassion, presence, and purpose’.

Awe, well, that sounds good, doesn’t it? However, I suspect that some of the empathy gaps that have been exposed over the last year will take more than simply being present in a reflective space (although that’s never a bad start). Museums will have to do more than create opportunities for encounters with the other but actively set out to understand and engage. As Hannah Arendt said, ‘to think with an enlarged mentality means that one trains one’s imagination to go visiting.’

One veteran Berkeley sociologist who has taken this advice literally is Arlie Russell Hochschild. In her new book, Strangers in their Own Land: Anger and Mourning on the American Right, she describes a five year project to overcome her own middle-class Californian liberal ‘Empathy Wall’ by befriending, living among and attempting to connect with conservative, working class Republican Tea-Party supporters in the Louisiana bayou country of the Deep South. Bemused by the apparent irrationality of communities whose economic interests were not served by hard right politics, yet who enthusiastically voted for policies that militated against cheap healthcare, protection from pollution, guaranteed wages, labour rights, protection of essential federal subsidies and so on, she discovered a deeper, emotional self-interest with which the right, and particularly Trump, connected. She describes this as ‘a giddy release from the feeling of being a stranger in one’s own land.’ To hold on to this elation, people were prepared to ignore many of Trump’s shortcomings, yet rather than see his supporters in terms of what she calls their ‘bad angels’ – the deplorable traits of racism and greed that Hillary Clinton’s campaign were quick to highlight – she urges liberals to look to their ‘good angels’ – their capacity for loyalty, sacrifice and endurance. There, she argues, they might find some common space.

That search for the good angels might seem at times counter-intuitive, set against the emotionally charged contexts of Brexit or Trump. It also exposes anyone who does make a move to understand the other to the opprobrium of their peers. We need to develop new skills if we want to train our imaginations to go visiting. It’s timely then that there are still spaces available for a Happy Museum workshop at Derby Silk Mill on 3 February looking at How Can the Cultural Sector Respond to the Referendum. Tom Crompton of the Common Cause Foundation will set out to help participants develop a deeper understanding of the values that both divide and unite us and neuroscientist Kris De Meyer will take us into the neuropsychology of our convictions – particularly in relation to Brexit (and hopefully help show how emerging divisions have become distorted to appear bigger than they are). Happy Museum founder, Tony Butler and I will be hosting a discussion of the practical implications of this deep dive into Empathy for museums – it’s a discussion you really don’t want to miss, if you want to take a step out of your own safe space.

As for me, I have decided to warm up my own empathy muscles with an act of connection across the divide. I have just donated $25 to the Mid America Cowgirls Rodeo Drill Team GoFundMe campaign to raise the $18,000 they need to participate in the Presidential Inaugural Parade on 20 January. It’s the first time they have ever been invited to an inauguration and, as they say on their web page, it’s ‘quite an honor’ for the team. I really hope they make it. God knows there will need to be some decent entertainment on offer.

Tony Butler founder of Happy Museum leads a debate. A Happy Museum workshop – How Can the Cultural Sector Respond to the Referendum will take place at Derby Silk Mill on February 3.