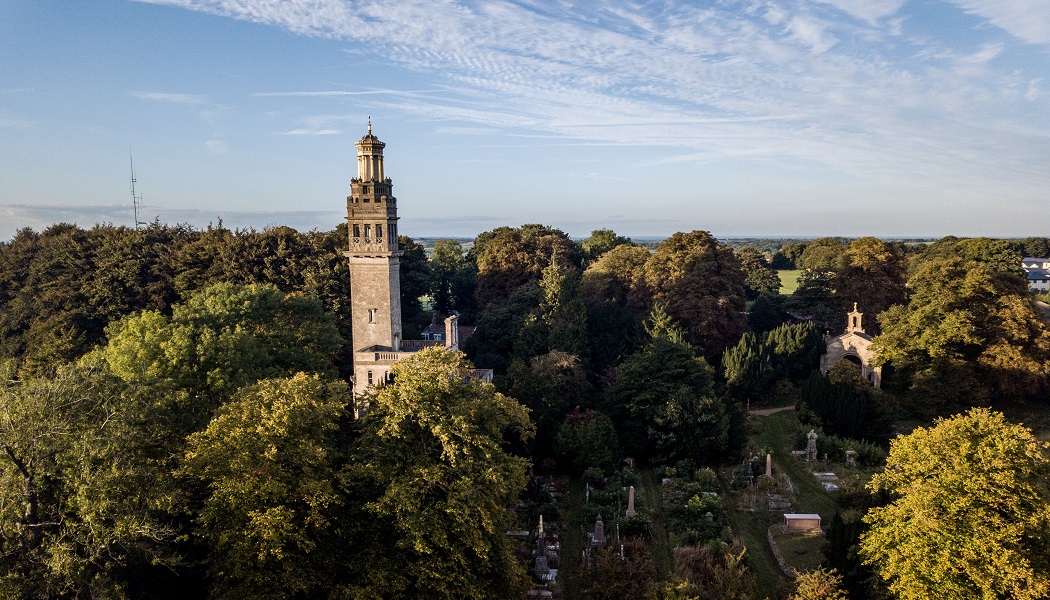 The two-and-a-half-acre site which flanks Beckford’s Tower now being under the Trust’s care means visitors could one day be able to experience the historic gardens and grotto tunnel as they were almost 200 years ago.

The acquisition was made possible thanks to a donation from Stephen Morant, owner of William Beckford’s former estate at Fonthill, Wiltshire. Securing the funds to carry out the extensive restoration and conservation work needed to safeguard the site’s future is now the organisation’s priority.

While returning the gardens to past splendour will be an aesthetic improvement on the brambles which had engulfed the paddocks, not every aspect of Bath Preservation Trust’s work will be focussed on presenting an attractive vista of the past.

“The main focus of our vision is to enable public access to these new areas, to better connect the building with its original landscape,” explains Claire Dixon, Bath Preservation Trust’s director of museums.

“This,” she continues, “will include digital resources including maps and walking routes, to enable visitors to reconnect with Beckford’s Ride and walk the areas that are accessible. They will also be used to house interpretation so that when in the landscape, visitors can understand where they are and more about the story of Beckford and the Tower.”

Who is William Beckford?

The acquired plot became known as Beckford’s Ride because every day William Beckford would ride up to the Tower from his home in Lansdown Crescent, accompanied by his pack of spaniels – the epitome of an eccentric landowner of the day.

Just ten years after his birth in 1760, William Beckford inherited his father’s sizeable fortune. This afforded him the chance to indulge in many artistic pursuits, including tutoring from Mozart and collecting items during a Grand Tour in his twenties.

This creative freedom was facilitated by the proceeds of, among several ventures, numerous sugar plantations in Jamaica operated by his father.

To ensure the land’s history is accurately told, a development grant has been awarded by the National Lottery Heritage Fund so that the Trust can re-examine both the past of Beckford’s Ride and the way its links to the transatlantic slave trade are shared.

Extensive research of the site will undoubtedly highlight other historical titbits as well, with the story of Beckford’s Ride far transcending one family’s gains from slavery. The Tower garden, for example, consecrated as a cemetery in 1848, is the resting place of the Tower’s designer Henry Goodridge, the Holburne family (founders of the Holburne Museum) and the proto-feminist writer Sarah Grand. 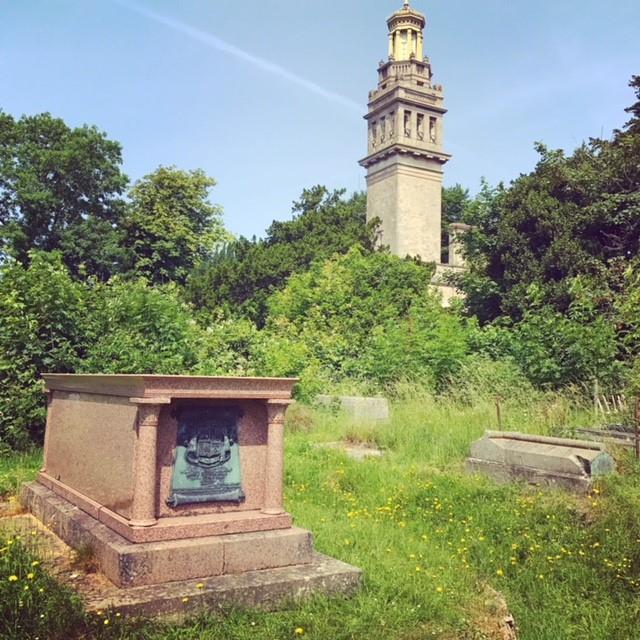 Time has been unkind to Beckford’s Ride, now unrecognisable from the Somerset idyll in which its 18th century patron planted particular trees and plants to encourage nightingales, linnets and thrushes.

Original walls have fallen into disrepair and brambles became so well established that the grotto has long been completely inaccessible. Bath Preservation Trust plans to bring the historic grassland back to life, with work already having been carried out by volunteers who cleared the undergrowth.

Widespread remediation is still required before the grotto tunnel can be reopened, however, with stabilisation of the structure and repairs to the adjacent stone wall a must. When all this has been completed the Trust will be able to invite visitors to walk along the paddocks’ avenue of lime trees, following the same route Beckford took each day to and from the Tower.

“This is all part of a major project to allow our visitors to explore ‘new’ parts of the Tower and its grounds, including the grotto tunnel, the building’s basement and as part of new all-access tours, climb the staircase to enjoy spectacular views across the surrounding countryside from the Belvedere and lantern areas of the Tower,” she concludes.

Bath’s World Heritage Centre to open in May 2022