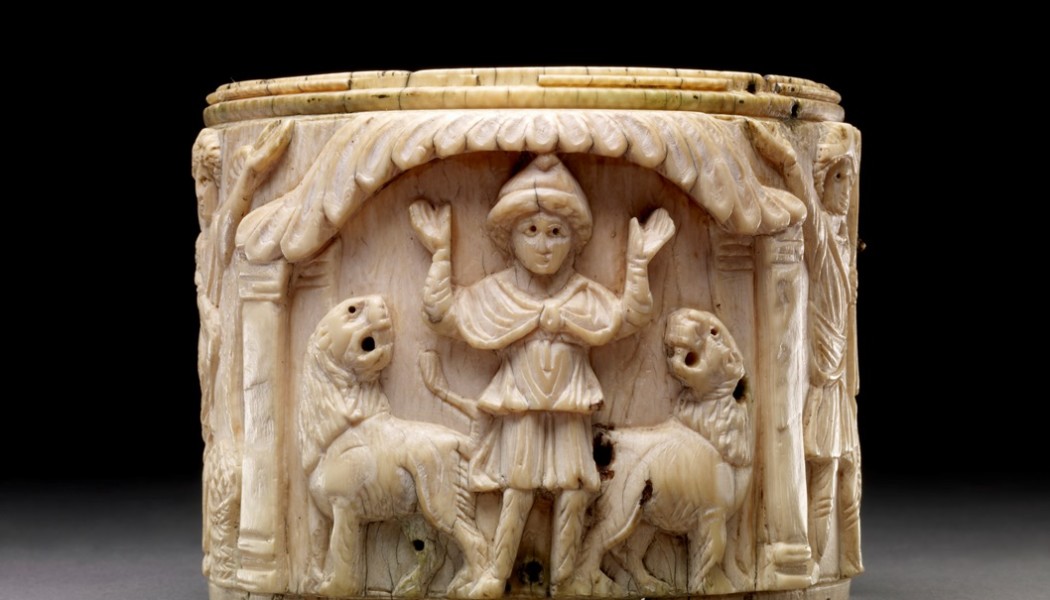 This autumn the British Museum presents a major exhibition, Egypt: faith after the pharaohs looking at an important transition in Egypt’s history never explored before in its entirety.

Egypt: faith after the pharaohs, at the British Museum from 29 October, explores 1,200 years of history, providing unparalleled insight into the lives of different religious communities. This exhibition of around 200 objects will show how Christian, Islamic and Jewish communities reinterpreted the pharaonic past of Egypt and interacted with one another. The transitions seen in this period have shaped the modern world we know today.

The exhibition opens with three very significant examples of the Hebrew Bible, the Christian New Testament and the Islamic Qur’an, paired with three everyday stamps associated with each religion. These more humble objects sit alongside the three grand codices and together emphasise the relationship between the institutional side of religion and its everyday practice, two key themes of the exhibition. As the founding scriptures of the three faiths, the books represent both the continuity of the Abrahamic tradition and the distinctiveness of each. Among these three luxury productions is the New Testament part of the 4th century AD Codex Sinaiticus now held in the British Library, the world’s oldest surviving Bible and the earliest complete copy of the New Testament. This rare loan is included in the exhibition to emphasise the readers and users of scripture in Egypt.

The first main section of the exhibition begins in 30 BC after the death of Cleopatra and Mark Antony, when Egypt became part of the Roman Empire, and continues until AD 1171 when the rule of the Islamic Fatimid dynasty came to an end. During this time, Egypt became first a majority Christian, then a majority Muslim population, with Jewish communities periodically thriving. The wealth of material – surviving uniquely in Egypt – illustrates the country’s role in the wider region, the relationships between faith communities and the legacy of ancient Egypt. Due to its arid climate, Egypt preserves an abundance of organic material that survives nowhere else. An extraordinary pair of complete 6-7th century door curtains measuring 2.74m high depict motifs such as erotes (cupids) and winged Victories from the Classical period. 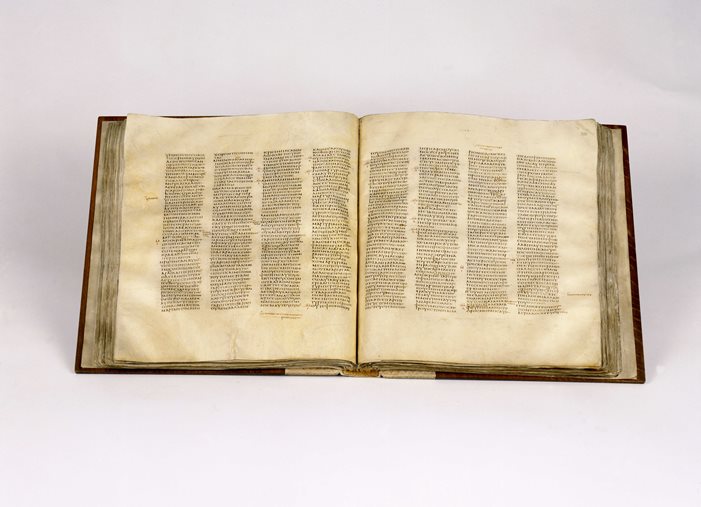 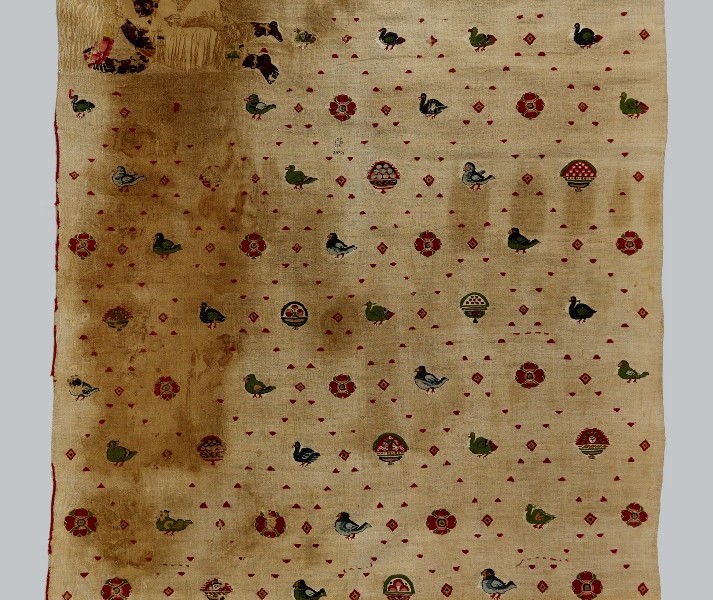 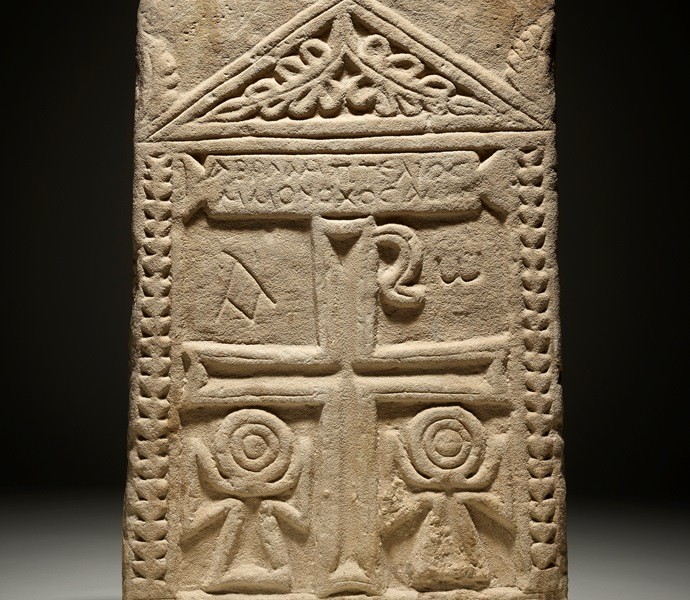 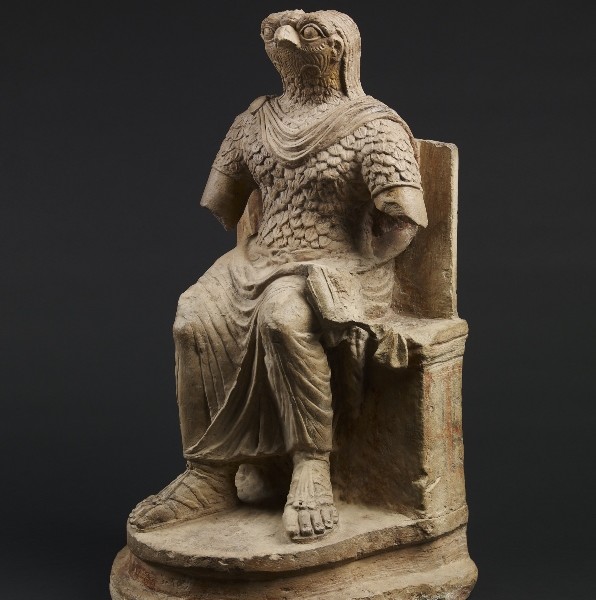 The Victories hold a jewelled cross flanked by Christian nomina sacra, showing the interaction between classical and Christian motifs. The expansion of the Roman Empire saw the development of Judaism and the emergence of Christianity. In Egypt, the iconography of these religions fused. Sculpture shows the adoption of Roman symbols of power to articulate authority – such as a statues of the falcon-headed ancient Egyptian god Horus wearing Roman armour. Magical texts on papyrus and so-called magical gems show the layering of aspects of deities especially from the Egyptian, Greek, Roman pantheons. In this period the God of the Jews and Christians is one among many.

The exhibition demonstrates the physical and conceptual transformation of the landscape, as the ancient monuments of Egypt were sometimes destroyed, adapted and reused or reimagined. By c. AD 400 the Great Pyramids of Giza were interpreted as the granaries of Joseph in accordance with the account in the Bible. Parts of ancient temple complexes were sometimes transformed into churches. At Alexandria, the Caesareum started by Cleopatra VII and completed by Augustus became the location of the Great Church of Alexandria in the centre of the ancient city. After the Muslim conquest of Egypt in AD 639-642, the sacred landscape was again transformed. For example, al-‘Attrin Mosque in Alexandria was built reusing hundreds of Roman columns and capitals. Medieval Muslims were fascinated by the standing monuments of ancient Egypt, recording at once the tradition of the Great Pyramids as Joseph’s granaries and as the tombs of ancient kings. Such records show that the study of ancient Egypt did not originate with modern Western scholars.

The rubbish heaps of ancient and medieval towns in Egypt have preserved the earliest fragments of scripture, legal documents, letters, school exercises and other texts showing how religion was lived. Their survival is treasure from trash providing unparalleled insight into everyday society. There are copies of official letters, including one from the emperor Claudius (r. AD 41-54) concerning the cult of the divine emperor and the status of Jews in Alexandria, and another from a mosque to the half-sister of the Fatimid caliph, al-Hakim (r. AD 985-1021), demonstrating relationships between the state and religion.

The exhibition finishes with the astonishing survival of over 200,000 texts from Ben Ezra Synagogue in Cairo, where they were keep in a genizah (a sacred storeroom) for ritual disposal. By an accident of history they were not destroyed. Mainly dating to the 11-13th centuries AD and written in Hebrew, Judeo-Arabic, Aramaic and Arabic, they show a thriving Jewish community with international links extending from Spain to India. Together the collection is not only the best evidence for the daily lives of Jews in Medieval Cairo, but for the wider Medieval Mediterranean society including Muslims and Christians.

The exhibition is a collaboration between the Staatliche Museen zu Berlin and the British Museum, and includes many other exciting loans and objects from almost every department at the British Museum. This exhibition of around 200 objects will tell the story of the transition from a traditional society largely worshipping many gods to a society devoted to One God. This transition has shaped the modern world, and the journey Egypt took in this period continues to influence the country and wider region today.

Egypt: faith after the pharaohs runs from 29 October 2015 – 7 February

Ivory pyxis box depicting Daniel with arms raised in prayer is flanked by two lions, Egypt or Syria, 5th or early 6th century AD © The Trustees of the British Museum