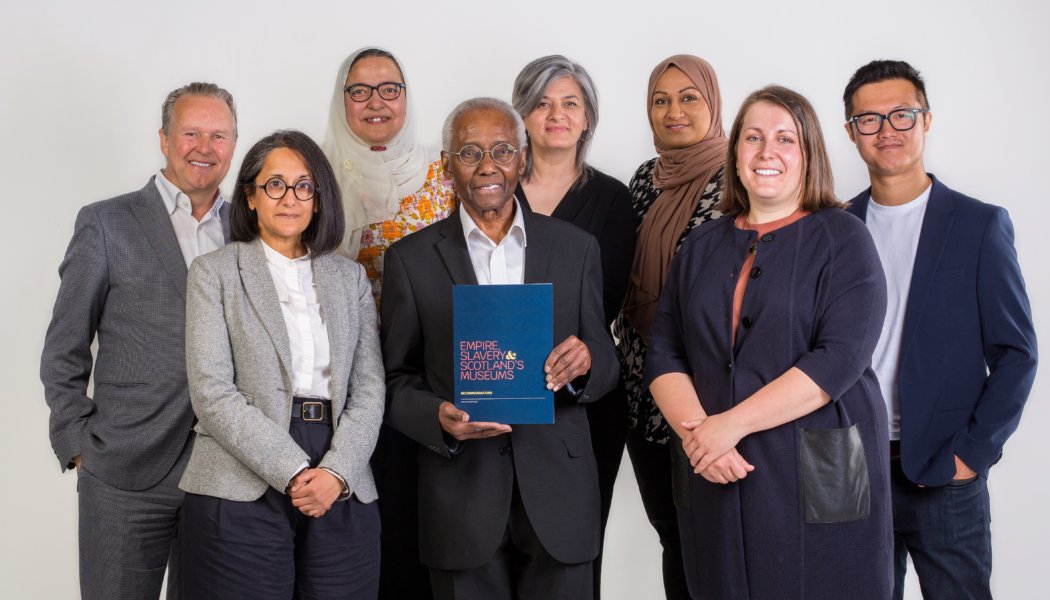 The recommendations have been made by a national project sponsored by the Scottish Government to address Scotland’s imperial, colonial, and slavery histories.

Six recommendations have been made to the Scottish Government as part of a new report on ways existing and future museum collections and spaces can better recognise and address Scotland’s imperial, colonial, and slavery histories.

The recommendations have been made by the Empire, Slavery and Scotland’s Museums Steering Group, a national project sponsored by the Scottish Government and initiated by a motion in Scottish Parliament in June 2020.

The recommendations were developed through a national consultation of workshops, focus groups, and the biggest public survey of attitudes to museums and racism conducted in Scotland by Diffley Partnership.

The six recommendations by the Empire, Slavery and Scotland’s Museums Steering Group are:

The Empire, Slavery and Scotland’s Museums Steering Group is chaired by Sir Geoff Palmer, a scientist and human rights activist.

Palmer said: “Museums hold a special place in my heart, as they offered a haven for me when I first came to the United Kingdom from Jamaica more than sixty years ago. History and education live in museums, and I believe museums can and should be a haven for all.

“Taking a brave stance, acknowledging the part this country has played in shaping the world of today and being ready to see that glorious and inglorious histories co-exist, support us to move forward in a progressive way.

“The work that lies ahead may sometimes feel challenging and uncomfortable but will be worth it to ensure that museums and galleries are for all of Scotland’s people.”
Culture Minister Neil Gray welcomed the steering group’s report.

“The Scottish Government sponsored this independent group as part of our Programme for Government commitment to look at how our existing museums, and those set up in the future, can present a more accurate portrayal of Scotland’s colonial and slavery history,” said Gray.

“We will carefully consider these important recommendations and discuss them with the steering group, before responding to them. We will continue to work closely with Museums Galleries Scotland to raise awareness of the role Scotland played in slavery and empire and to ensure our collections reflect this.”