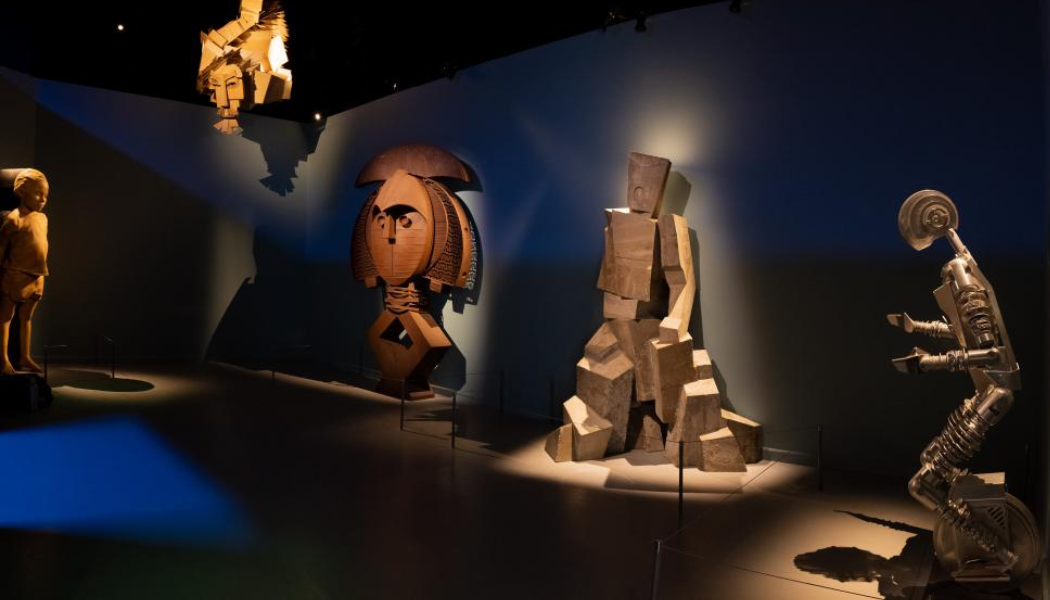 The Eden Project will house a series of sculptures, commissioned by the BBC, representing greenhouse gas from everyday manufacturing, which now feature in a new documentary.

A new exhibition commissioned by the BBC, by Environment Analyst Roger Harrabin and artist Simon Bingle, has opened at the Eden Project in Cornwall.

Harrabin has reported on acid rain, “forever” chemicals in breast milk, fracking, farm subsidies, and from air pollution for the BBC since the mid-1980s.

‘The Art of Cutting Carbon’ sees a series of sculptures highlight greenhouse gas emissions caused by the manufacture of everyday materials including concrete, steel, plastic, paper and aluminium.

Harrabin and creative director Simon Bingle were inspired by the work of Julian Allwood, Professor of Engineering and the Environment at Cambridge University to create the exhibition and have spent more than a decade on it.

Bingle issued an open call for artists to respond to in 2018. The selected artists, Kedisha Coakley, Gina Czarnecki, and John Jostins made sculptures from everyday materials for the exhibition. Each of the figures is said to represent the annual amount of CO2 emitted on behalf of every UK resident.

The exhibition, and the research which led to its creation, are now the subject of a BBC documentary, The Art of Cutting Carbon, available on BBC iPlayer.

Harrabin explained: “We worry about carbon emissions from our cars, gas boilers and flights, but in truth we are surrounded by everyday materials that have also caused huge amounts of greenhouse gas emissions.” 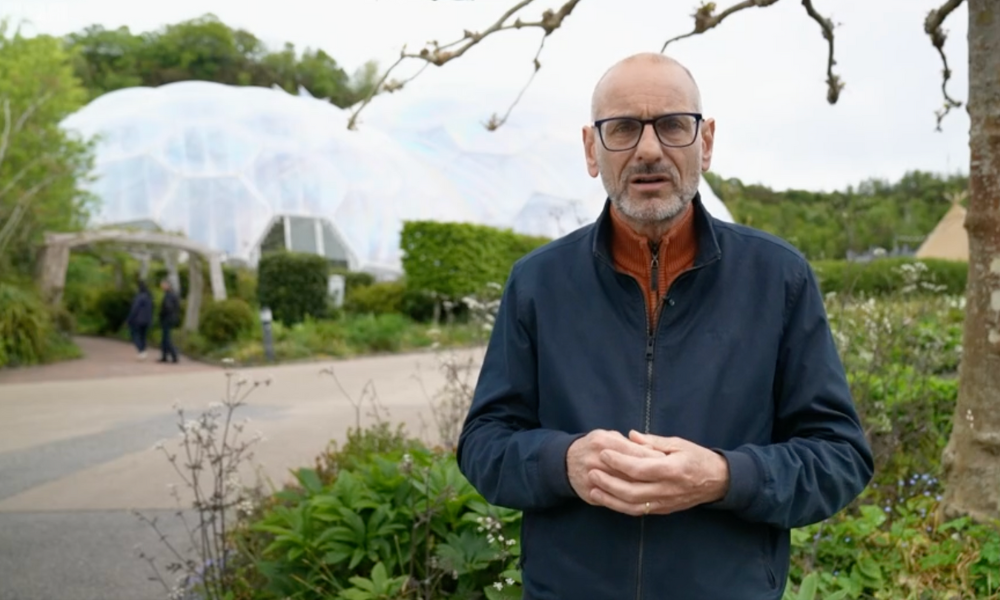 A still from The Art of Cutting Carbon documentary (BBC)

Bingle has spent his career as a scenic artist, prop maker, set builder and a costume prop maker in advertising, theatre and television.

He said: “Art is a uniquely powerful tool for communicating ideas to wider audiences. We had already decided that the story of embodied carbon and its impact on all our lives needed to reach as wide an audience as possible.

“ Eighteen years after our first discussions about how to tell the carbon story through art, The Art of Cutting Carbon featuring Our Carbon Creatures has found its home at Eden.”

Eden Project co-founder Sir Tim Smit “Culture is itself an ecological force. No one fact will change the way we treat the world – one great story just might.”