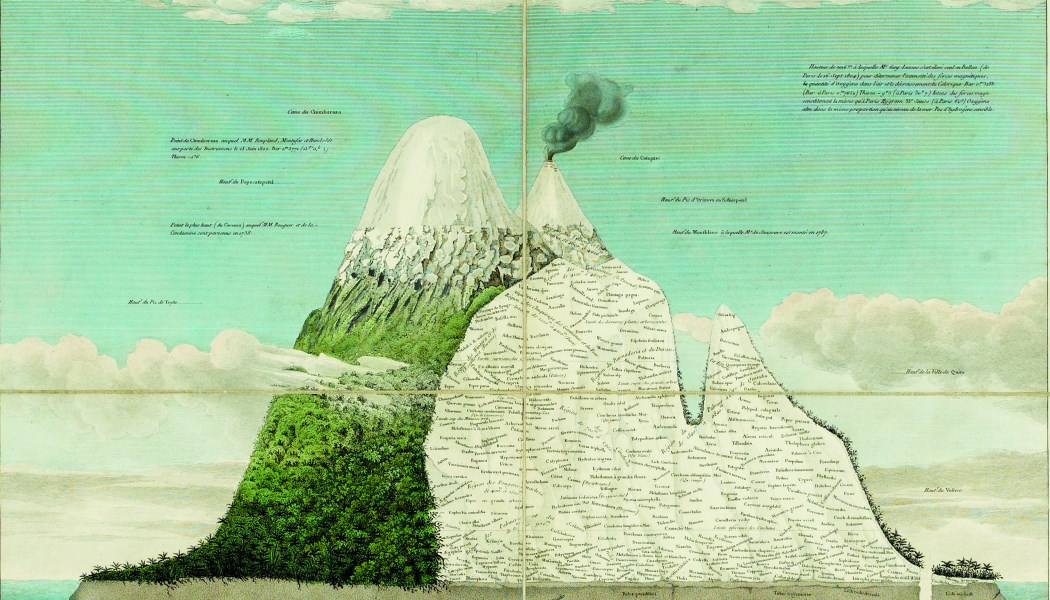 Main Image: Picture detail, part of a Humboldt infographic of a cross-section of Chimborazo in South America
Share

Using eye witness accounts, scientific observations and artwork the Bodleian Libraries will lift the lid on one of nature’s wonders, charting our understanding of volcanoes over the past two millennia

Monitoring volcanic activity has moved on since the days of Vesuvius with satellites, video, thermal imaging and sensors but in the past volcanic eruptions were described in letters, manuscript accounts and early printed books, and illustrated through sketches, woodcuts and engravings.

And this is the substance of Volcanoes at the Bodleian with many fascinating accounts preserved in its historic collections out on display (some for the first time) at the Weston Library as well as items on loan from the Natural History Museum, University of Oxford’s Museum of Natural History and the Museum of the History of Science and Magdalen College.

Fragments of ‘burnt’ papyrus scrolls from the ancient Roman town of Herculaneum, which were buried during the 79 AD eruption of Vesuvius,

The earliest known manuscript illustration of a volcano, found in the margin of a 14th century account of the voyage of St Brendan, an Irish monk who travelled across the north Atlantic in the 6th century 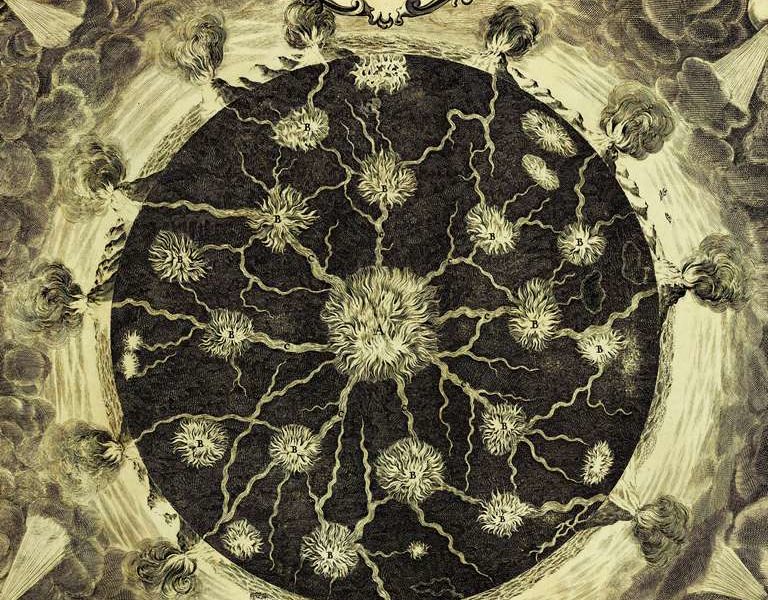 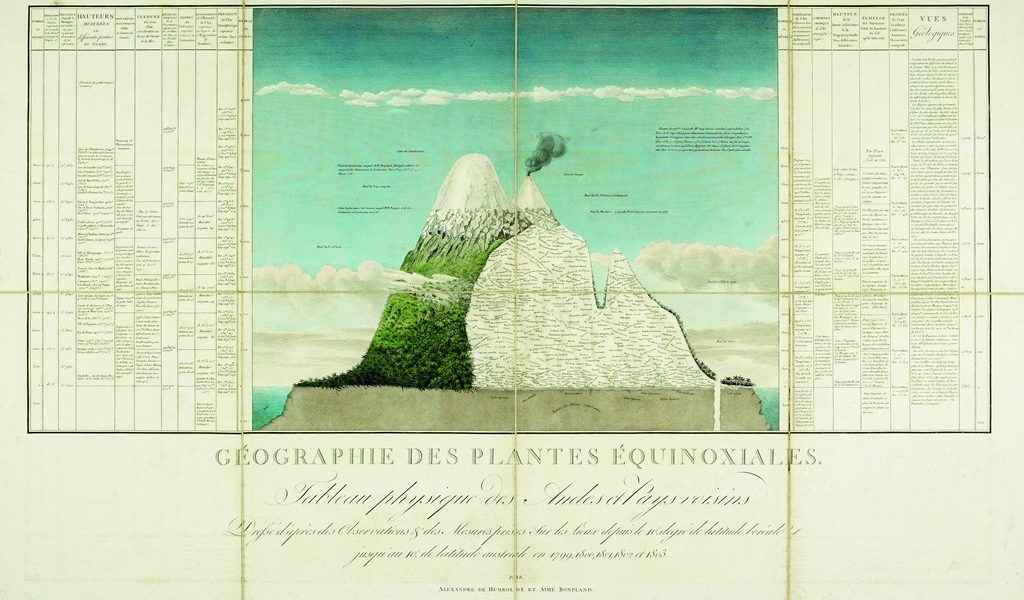 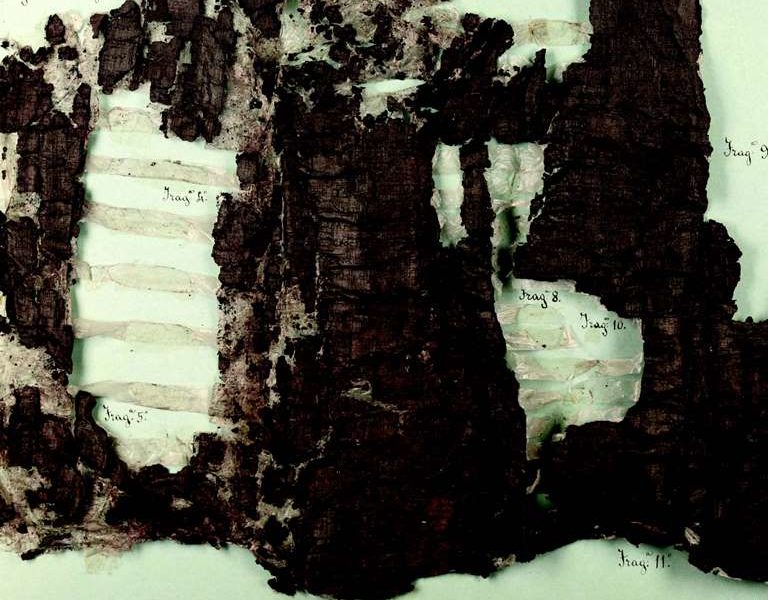 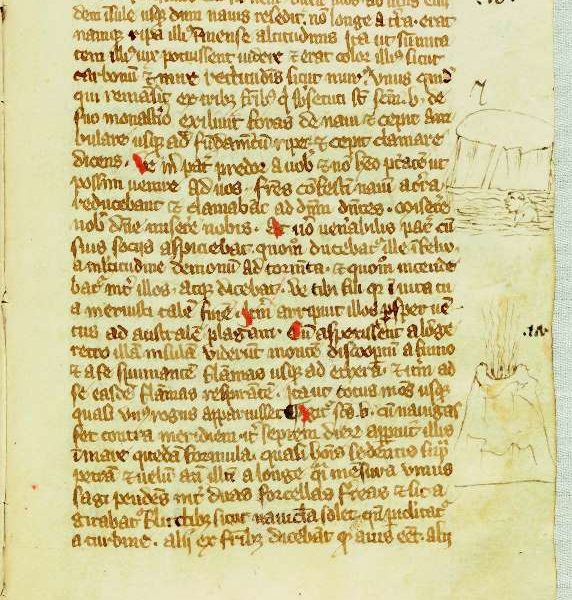 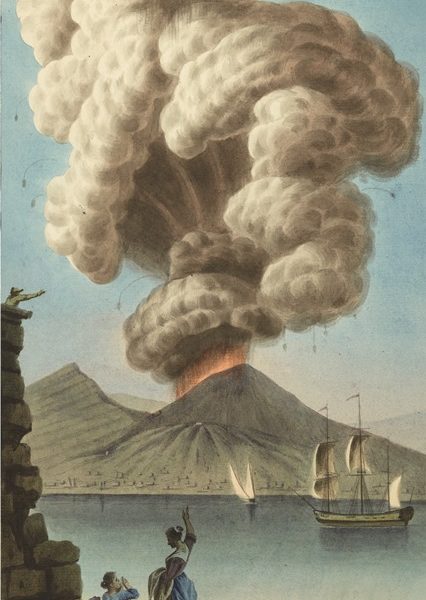 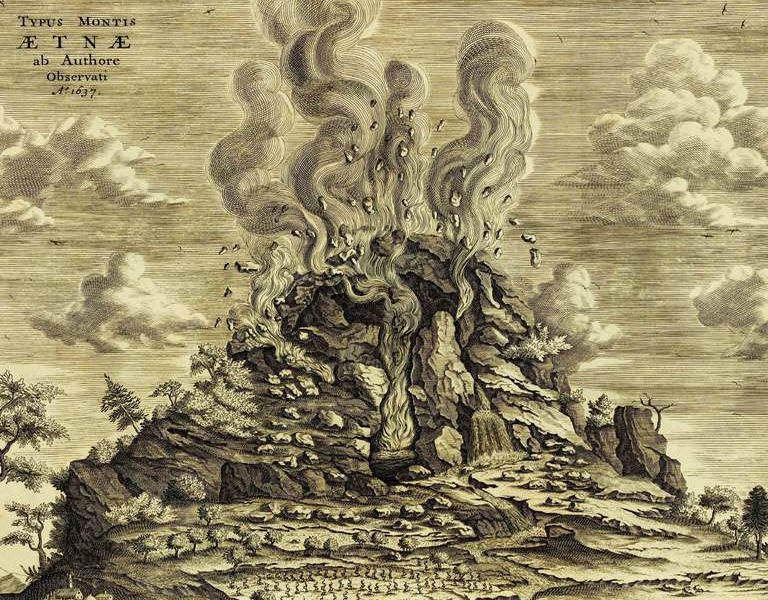 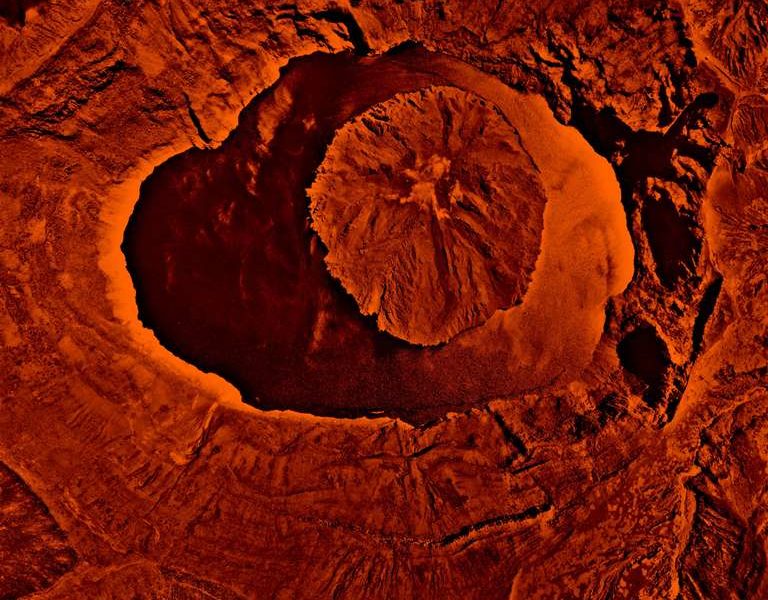 Through the objects the exhibition examines some of the world’s most spectacular volcanoes including the 79 AD eruption of Vesuvius, one of the most catastrophic eruptions in European history, and the 19th century eruptions of Krakatoa and Santorini, two of the first volcanic eruptions to be intensely studied by modern scientists.

The human encounters with volcanoes that are traced in the exhibition range from Pliny the Younger’s account of the dramatic eruption of Vesuvius in 79 CE to early Renaissance explorers who reported strange sightings of mountains that spewed fire and stones.

“Humans have lived with volcanoes for millions of years yet scientists are still grappling with questions about how they work,” said David Pyle, Professor of Earth Sciences at the University of Oxford. “This exhibition features historical representations and ideas about volcanoes that are captivating and dramatic but most importantly these works provide scientists today with valuable insights into how these enigmatic phenomena behave. Looking back at history can help us learn valuable lessons about how best to reduce the effects of future volcanic disasters.”

Also explored is how scientific understanding of volcanoes and the Earth’s interior have developed over time, from classical mythology and early concepts of subterranean fires to the emergence of modern volcano science, or volcanology, in the 19th century. The exhibition brings together science and society, art and history and will delight visitors of all ages.

Volcanoes runs at the Weston Library until 21 May.