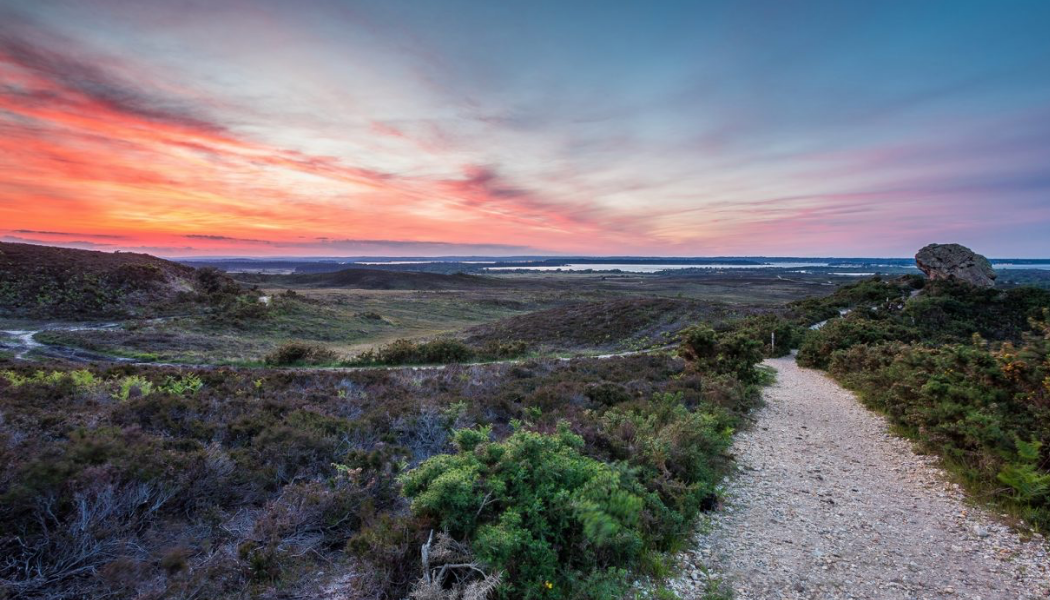 ___
A large fire at a Dorset nature reserve managed by the National Trust has been largely extinguished, according to fire services.
The heath fire at Godlingston Heath, Studland broke out yesterday evening, reports Dorset and Wiltshire Fire and Rescue.

Dorset and Wiltshire Fire and Rescue said fire crews had remained in attendance overnight to damp down any remaining hot spots.
Calls about the heath fire began at around 8:30pm, and that it had been extinguished around 11pm, it reports.

Managed by the National Trust, Studland and Godlingston Heath is described as a site of Special Scientific Interest, and is regarded as an internationally important example of lowland heath. It is the largest expanse of unspoiled lowland heath to survive in Dorset.

The site is part of the UK’s first ‘super’ nature reserve, Purbeck Heaths, which combines three existing national nature reserves.
According to the National Trust, the nature reserve is one of the most biodiverse places in the UK, and is home to at least two fungi that are found nowhere else in England and Wales.