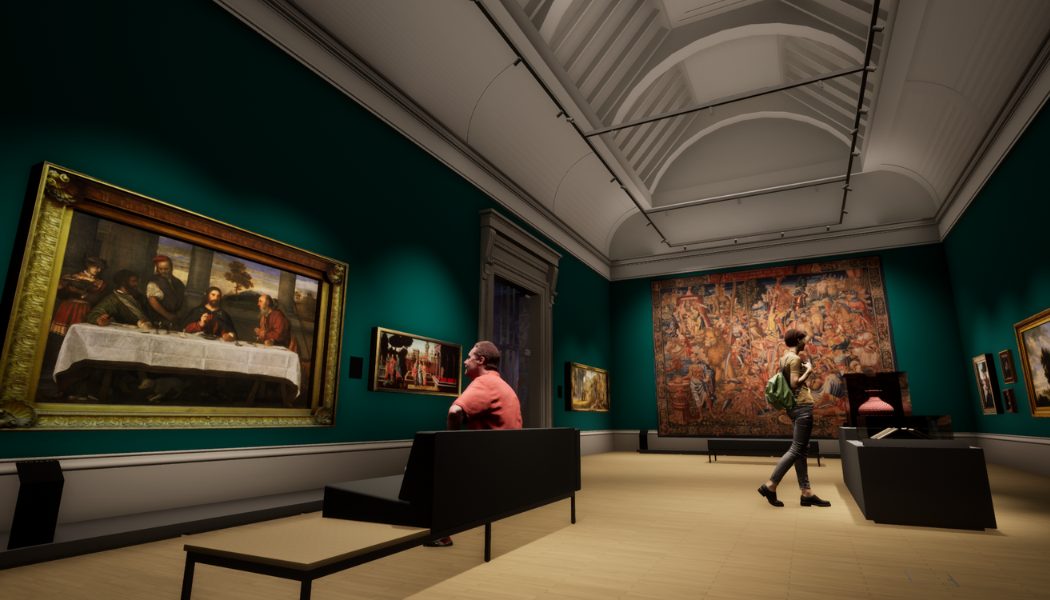 The gallery has revealed a major acquisition and new concept visualisations as part of its ‘Renaissance Rediscovered’ project.

The Walker Art Gallery has revealed details of a major development project, transforming its Mediaeval, Renaissance and Baroque rooms.

‘Renaissance Rediscovered’ is a £710,000 redevelopment, and is set to transform around 600 square metres of gallery space for the first time in 30 years.

The building work, which was delayed due to the impact of COVID-19, began in 2021 and substantial repair work has been carried out to the air-conditioning and the roof above the galleries, which were created as part of an extension to the original building in the 1930s.

Internally, the suspended ceiling has been removed, revealing original decorative cornicing that was previously concealed. The work being carried out to the infrastructure of the building, combined with the interior fit-out, gives an overall project cost of around £4.5 million.

As part of the redevelopment, The Walker will also add a major new acquisition to its collection of Western European art from the 13th to the 18th century. In collaboration with Art Fund, the Gallery has acquired and will present Italian painter Giovanni Andrea Sirani’s Allegory of Painting and Music, depicting two women engaged in the arts.

Kate O’Donoghue, Curator of International Fine Art at National Museums Liverpool, said of the acquisition: ”Given the strong links between the Sirani family and the empowerment of women painters in the 17th century, the subject of this painting is particularly emblematic and compelling.”

The new galleries, expected to open in 2023 are to be designed with “a contemporary audience in mind”, said the Gallery in a statement. It will share “previously underrepresented and diverse histories, including Black, LGBTQ+ and women’s histories, as well as acknowledging the gaps and biases in the predominantly Western European collection”.

O’Donoghue said of its existing collection: “Many of the objects in these rooms are world-famous. However, some of them have challenging histories, particularly in relation to Liverpool’s role in transatlantic slavery and its contribution to the formation of these collections. We intend to confront these histories in the relaunched galleries.

The Sirani acquisition supports the Walker’s ambition to platform the rare work of women artists in the 17th century. Giovanni Andrea Sirani trained his three daughters as painters, at a time when many obstacles prevented women from becoming artists.

Arts Minister Lord Parkinson of Whitley Bay said: “With the addition of Giovanni Andrea Sirani’s stunning work and funding from the government, it’s brilliant to see how the gallery’s fantastic space will be transformed for thousands of visitors to enjoy.”