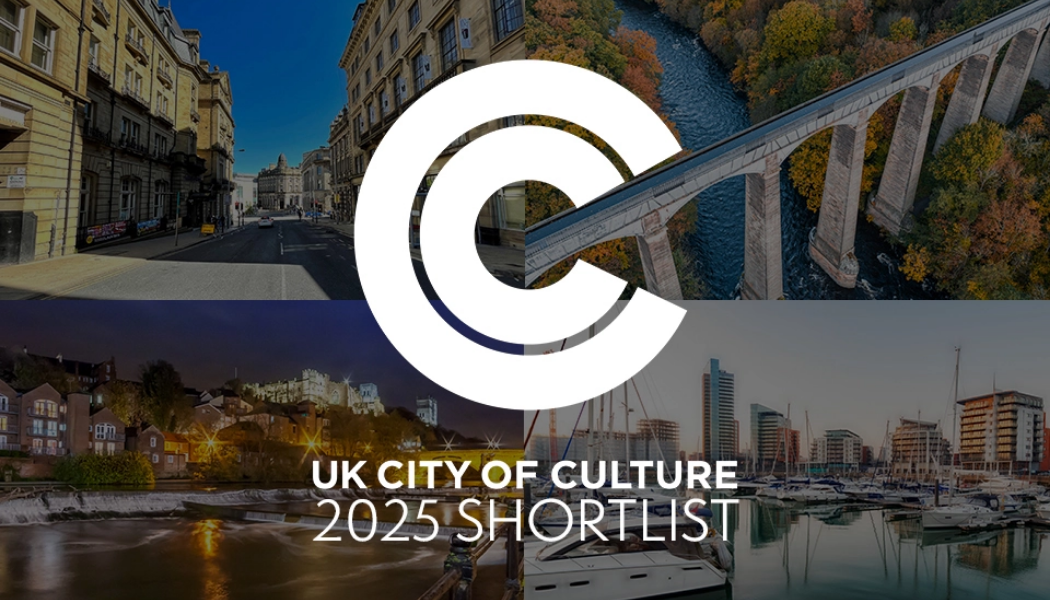 The finalists have been whittled down from a record twenty initial bids, of which one will be selected the winner in May.

The UK areas competing for the title of UK City of Culture 2025 have been whittled down to just four, the DCMS has announced.

Bradford, County Durham, Southampton and Wrexham County Borough were approved by Culture Secretary Nadine Dorries, based on independent advice made to the government by a panel of experts.

The final selection will crown a winner, to be announced by the Culture Secretary in May.

The four finalists were whittled down from a record twenty initial bids to eight outstanding longlist applications which also included Cornwall, Derby, Stirling and Armagh City, Banbridge and Craigavon.

The eight longlisted bidders received, for the first time, a £40,000 grant to strengthen their applications which were scrutinised by the expert advisory panel against published criteria.

Find out more about the places shortlisted for #CityofCulture2025

“This has been a record year for bids, which is great to see. Congratulations to the four shortlisted places – I wish them all the best of luck,” he said.

More than £150 million of public and private sector investment was invested into 2013 winner Derry-Londonderry while the 2017 winner Hull saw a 10 percent increase in visitor numbers during its tenure, claims DCMS.

The panel deciding this year’s winner will be led by Sir Phil Redmond. Redmond was awarded a CBE in 2003 for ​Services to Drama, ​as a consequence​ ​of his television career at Mersey Television which spawned shows including Grange Hill, Brookside and Hollyoaks.

He was Deputy Chair and Creative Director of Liverpool’s year as European Capital of Culture 2008, chair of National Museums Liverpool from 2008 to January 2017, and is currently Chair of the Institute of Cultural Capital, a joint initiative between Liverpool John Moores University and the University of Liverpool.

He said of the selection process: “We have had a great longlist to select from, which made the shortlisting difficult, but I am now looking forward to visiting each of the shortlisted places with the panel to witness culture’s catalytic effect in action.”

The unsuccessful areas will each receive detailed feedback on their bids. DCMS said Ministers and officials will also engage with them on how best they can maintain momentum and realise their ambitions in the future.