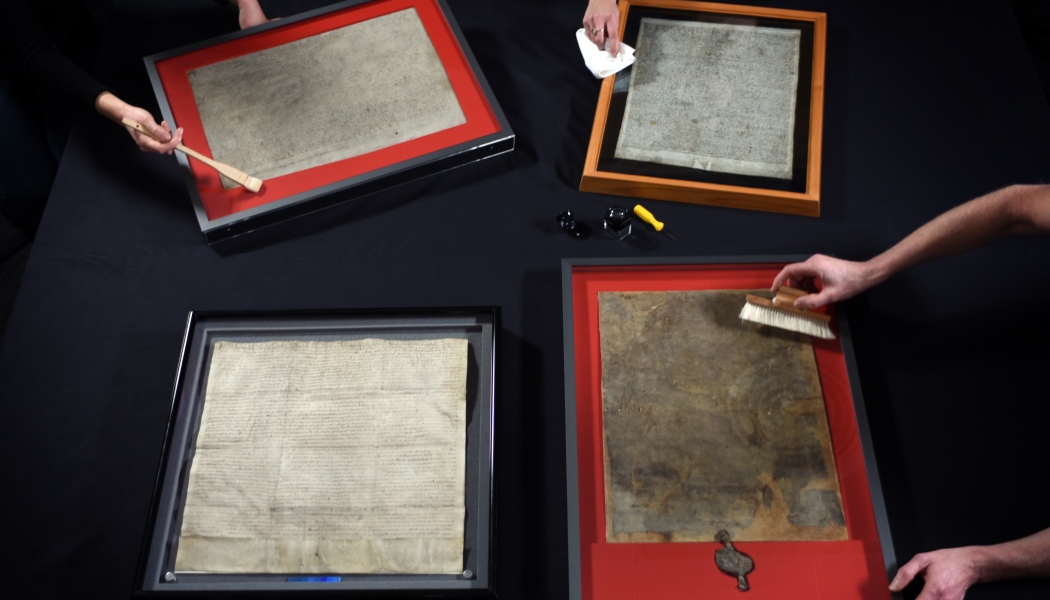 The British Library, Lincoln Cathedral and Salisbury Cathedral made history this week by bringing the four original surviving Magna Carta manuscripts together in one place, for the first time in the run up to the 800th anniversary celebrations

The original Magna Carta manuscripts were dispatched over a period of a few weeks in late June and early July 1215. The surviving four, which have never all been in the same place before, were together at the British Library for three days, from Monday until today.

Magna Carta is one of the world’s most influential documents – an agreement granted by King John in 1215 as a practical solution to a political crisis, which in the centuries since has become a potent symbol of liberty and the rule of law.

Following the British Library event this week, the manuscripts will travel to the House of Lords tomorrow for one further day together, before being separated and put on display by their home institutions in major anniversary exhibitions.

The four surviving original manuscripts together for the first time at the Britsih Library. Photograph by Clare Kendall