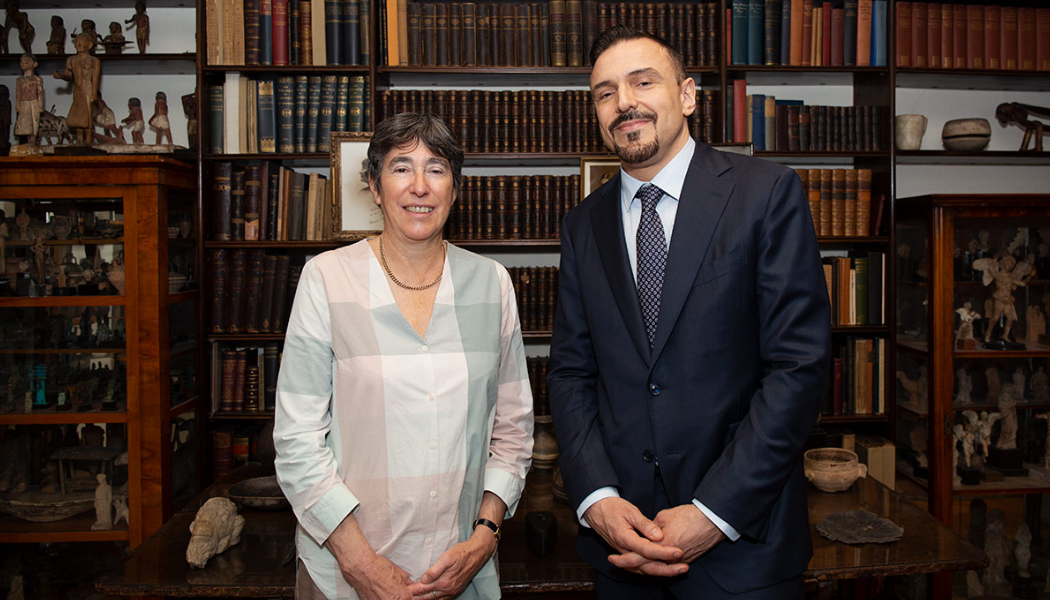 The museum’s current Director will retire this summer, while her successor brings experience in historic houses and a passion to set its future direction.

Carol Seigel, Director of the Freud Museum London, is to retire from the role this summer after 13 years at the helm of the historic house museum in north London and will be succeeded by Giuseppe Albano PhD, MBE.

Previously Curator and Director of the Keats-Shelley House in Rome since 2011, Albano executed the museum’s strategic plan and led major fundraising campaigns which raised funds for new acquisitions, capital and restoration projects. While there, Albano also devised an educational outreach programme at the Keats-Shelley House for refugees in Rome.

As Regional Co-ordinator for the Associazione Nazionale Case della Memoria – an association of Italian historic house museums – Albano built partnerships with institutions in the UK, Italy and across Europe.

In recognition of his active involvement in many cultural initiatives with the UK Embassy in Rome, including the annual Queen’s Birthday Party held in various Italian cities, he was awarded an MBE in the 2019 Queen’s Birthday Honours List for UK-Italy relations.

Albano said of the new role: “I’m thrilled to be joining the Freud Museum and am especially attracted by the opportunity to set the direction for the Museum’s future. I have visited the Freud Museum and know that it provides an excellent and enriching experience for visitors. It is an honour for me to help ensure that the Museum thrives in the post-Covid world”.

Outgoing Director Carol Seigel said: “In Giuseppe Albano, the Freud Museum has acquired a Director with a fantastic track record in the heritage sector and a safe pair of hands at a critical juncture in the Museum’s future. Giuseppe has vast experience in developing a historic house museum, attracting funding, while also taking a collaborative approach to building relationships both inside and outside the Museum. I wish him well and hope that he enjoys being here as much as I have!’.

Sue Prevezer, Chair of the Board of Trustees at the Freud Museum London said of Seigel: “It is thanks to Carol’s tireless work during the pandemic years that the Museum has emerged safely and well placed to relaunch its ambitious plans for the future. Prior to the pandemic, under Carol’s tenure, this small ‘hidden gem’ at 20 Maresfield Gardens NW3, was quietly built by Carol into one of London’s best independent museums, welcoming over 30,000 people a year who would make their way to Sigmund and Anna Freud’s home from all over the world.”

The historic house museum in north London was the final home of the founder of psychoanalysis, Sigmund Freud, and his daughter Anna, a pioneer of child psychoanalysis.

The Freud family came to England as refugees, having escaped Austria following the Nazi annexation in March 1938. The heart of the house is Sigmund Freud’s study and his famous psychoanalytic couch. Freud spent the last year of his life at the hose and died in his study at Maresfield Gardens NW3.