Pringle is celebrating its bicentenary in 2015 and Fully Fashioned: The Pringle of Scotland Story exhibition will trace its evolution from a small hosiery firm making undergarments to an international fashion knitwear brand, at the cutting edge of style and technology. Displaying items worn by royalty, celebrities and sportspeople as well as some of the most iconic Pringle of Scotland pieces of the last 200 years, the exhibition will explore the pivotal role the brand has played in shaping the modern wardrobe.

Founded in 1815 by Robert Pringle, the company’s origins lie in the development of the Scottish knitwear industry in Hawick, where it started out manufacturing luxurious knitted stockings and undergarments. By the early 20th century, it was applying some of the techniques used to create functional underwear to making fashionable outerwear. Pringle of Scotland made fully-fashioned garments, tailored by machine to follow the shape of the body. Hosiery encased the figure but allowed freedom of movement, and in the 20th century the comfort which characterised hosiery became a desirable quality demanded of modern clothing and sporting attire.

Georgina Ripley, Curator of Modern and Contemporary Fashion and Textiles at National Museums Scotland said: “Pringle of Scotland has a long, rich and complex history, and has evolved to become one of the world’s top heritage fashion brands. It is fitting that this touring exhibition will debut in Pringle’s bicentenary year at the National Museum of Scotland – home to one of the largest and most comprehensive collections of fashion and textiles in Britain – and it promises to be a must-see for fans of fashion and design.” 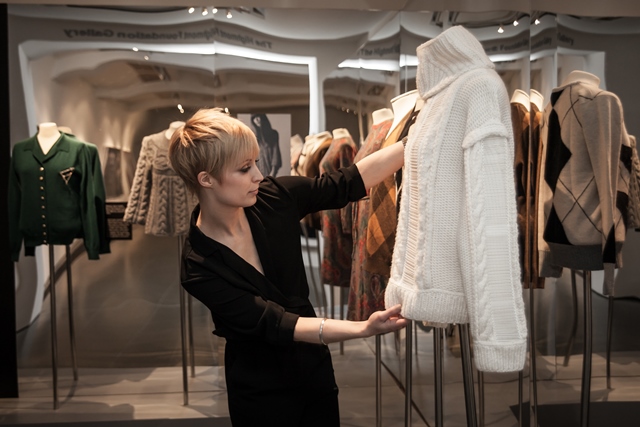 Fully Fashioned: The Pringle of Scotland Story comes ahead of the 2016 opening of four new galleries of decorative art, design and fashion at the National Museum of Scotland. The four new galleries are part of a £14.1 million project, which will create ten new galleries displaying National Museums Scotland’s internationally important collections of science and technology, decorative art, design and fashion. “I am very proud that this is going to be one of the first fashion related exhibitions which will help develop an audience for the new galleries,” said the exhibition’s curator Alistair O’Neill. “The museum has a fantastic collection of textiles and textiles connecting to dress and it’s been little seen and underused, so it’s a really exciting development for the museum and what they can say about their collection and Scottish history and culture.” 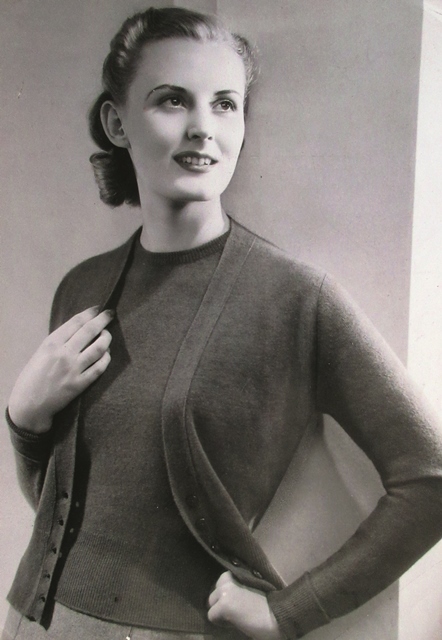 Worn as undergarments in the 19th century, Pringle's quality knitwear became popular as outergarments by the 20th century. Image courtesy of Pringle of Scotland

Fully Fashioned: The Pringle of Scotland Story features objects drawn from royal wardrobes, Hawick Museum and the Women Golfers’ Museum as well as Pringle’s own archive. Highlights include a 1960s cashmere cardigan owned by Princess Grace of Monaco, a 1933 golfing outfit worn by legendary golfer Gloria Minoprio, a classic twinset and a blue cashmere cardigan designed by Otto Weisz.

Also on display will be three short films with dancers from the Michael Clark Company, specially commissioned to explore the role of knitwear in the development of the modern wardrobe. The films examine the unique properties of knitwear, including its warmth, flexibility and breathability.

“The reason we wanted work with Michael Clark from the outset was the key reasons why Pringle, which sold underwear in the 19th century, suddenly became fashionable outerwear in the 20th century – because they move brilliantly on the body,” said O’Neill. “And this is very hard to explain on a static mannequin form so by asking the dancers to perform in these clothes we will give people an understanding of how revolutionary they were and how they became an essential part of the modern wardrobe and one of the reasons we wear knitwear today.” 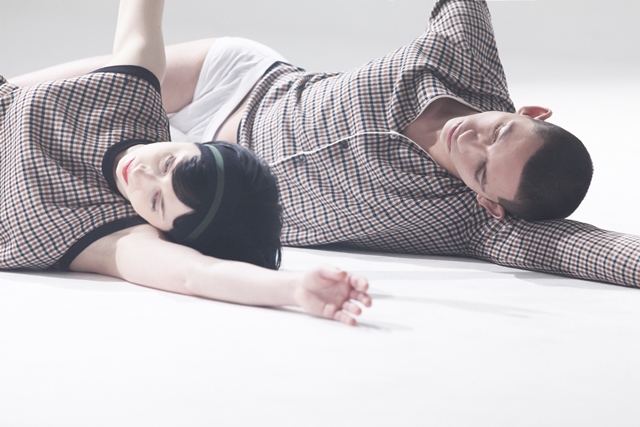 A staple of the modern woman’s wardrobe, the twinset – a fitted sweater with a matching cardigan – has been a Pringle of Scotland mainstay since the 1930s. Also on display will be a sweater worn by HM Queen Elizabeth II, alongside a letter from Her Majesty thanking Pringle of Scotland for the gift. Another feature of the exhibition will be the Argyle pattern, which was pioneered by Pringle and a 1960s cashmere cardigan featuring the signature intarsia diamond pattern is an exemplary piece, showcasing the quality of the brand’s craftsmanship.

Pringle of Scotland continues to push boundaries today, and on display is a 2014 cable-knit polo-neck sweater which features 3-D printed plastic stitches combined with hand-knitted construction, linking the traditional with the cutting edge.

Fully Fashioned: The Pringle of Scotland Story runs at The National Museum of Scotland from 10 April to 16 August 2016.