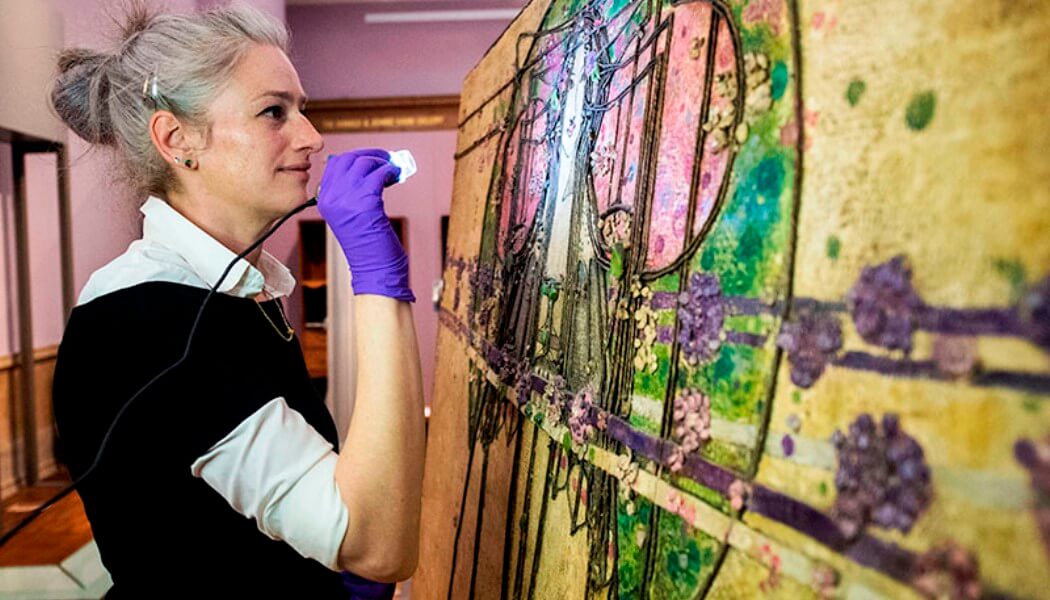 Glasgow Museums have announced they will commemorate the 150th anniversary of the birth of Glasgow born architect, designer and artist Charles Rennie Mackintosh with an extensive programme of events throughout 2018

At Kelvingrove Art Gallery and Museum there will be a significant temporary exhibition that will showcase works by and relating to Mackintosh and his Glasgow Style contemporaries. Many of the works come from Glasgow Museums’ internationally important collection and will be on display for the first time in a generation, with others making their debut public appearance.

Although the exhibition will span the lifetime of Charles Rennie Mackintosh from 1868-1928, the Glasgow Style will feature prominently as it was the designation given to the design and decorative arts centred round the work by teachers, students and graduates of The Glasgow School of Art, produced between1890 and 1920. At the core of this movement is the work of The Four: Mackintosh, his wife Margaret Macdonald, her sister Frances Macdonald and her husband James Herbert McNair.

The Mackintosh-designed Glasgow School of Art building, completed in 1909, was affected by a fire in 2014 and, although 90 per cent of it was saved, the library – of exemplary art nouveau design – was mostly destroyed and is currently undergoing a painstaking restoration.

The May Queen by Margaret Macdonald. Glasgow Museums

“Charles Rennie Mackintosh is rightly celebrated around the world as one of the most creative figures of the 20th century.  He is regarded as the father of Glasgow Style, arguably Britain’s most important contribution to the international Art Nouveau movement,” said Alison Brown, Curator with Glasgow Museums. “As we approach this significant anniversary I am thrilled Glasgow Museums will join in a city-wide celebration with an exhibition commemorating one of their most famous sons.”

This week, conservator with Glasgow Museums, Stephanie de Roemer removed one of Margaret Macdonald Mackintosh’s most famous gesso works, The May Queen from display to complete initial assessments in preparation for inclusion in the 2018 exhibition.

The May Queen has hung in the Glasgow Style gallery in Kelvingrove Museum since it reopened after refurbishment in 2006.  The large gesso panel, more than 4.5m in length and made in three parts, shows the pagan festival of the crowning of the May Queen.  It was designed and made in 1900 for The Ladies’ Luncheon Room at Miss Cranston’s Ingram Street Tearooms, part of which is displayed adjacently in the gallery.

A Museums Galleries Scotland grant has enabled Glasgow Museums to recruit an assistant curator to assist in the development and delivery of the exhibition and in conjunction with the wider Charles Rennie Mackintosh programme.

Further details of the exhibition and wider programme will be released later this year.

Dali on loan: Behind the scenes at Glasgow’s Kelvingrove