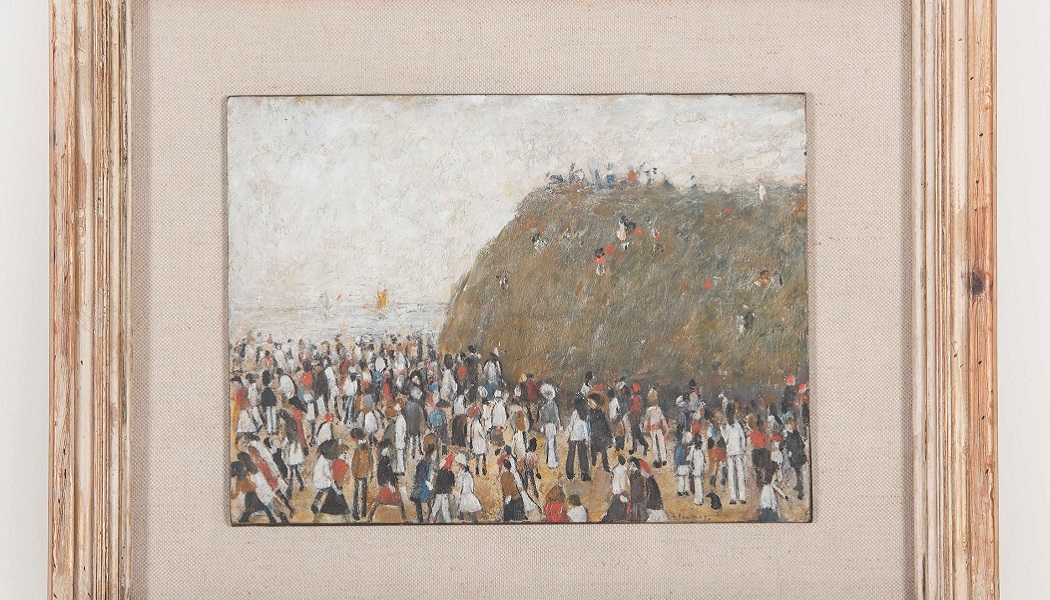 After a year in which attractions outside most people’s local area have been the stuff of furloughed fantasies, the acquisition of an LS Lowry work depicting Berwick-upon-Tweed highlights the enduring emphasis on ‘local’ ushered in by the pandemic.

“At a time when everyone is staying local,” Art Fund director Jenny Waldman asserts, “it’s incredibly important for people to have access to great art and objects closer to home.”

This is why the charity headed up by Waldman, along with the Arts Council England/V&A Purchase Grant Fund, The Friends of Berwick and District Museum and Archives, and the Guild of Freemen of the town of Berwick-upon-Tweed, deemed it important to secure a 60-year-old painting by LS Lowry for Berwick Museum and Art Gallery’s permanent collection.

Beach Scene (c1960) is a far cry from the industrial snapshots most often associated with Lowry, but is in no way an anomaly. “Many people don’t know he produced many paintings of the North East coast, and in particular Berwick-upon-Tweed,” explains Rowan Brown, chief executive of Museums Northumberland.

“Despite there being up to 30 drawings and paintings of Berwick-upon-Tweed by Lowry, none have ever been on permanent display in the town. We’re thrilled that local people and visitors will now have to opportunity to enjoy the work of one of England’s most iconic artists in the coastal town that inspired him throughout his long career.” 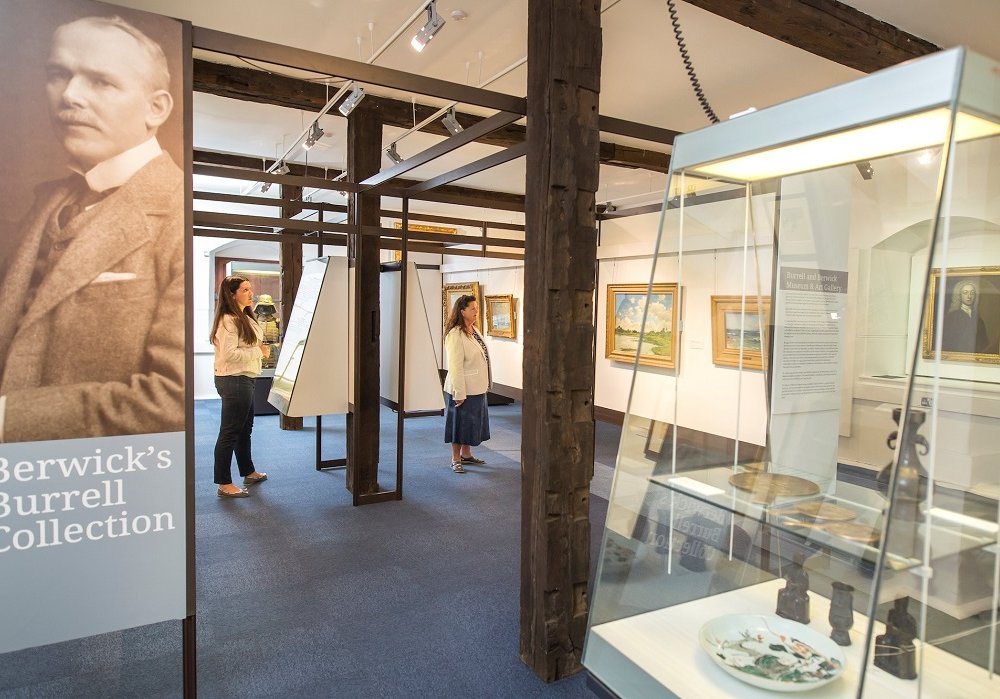 19 artworks by Lowry went up for auction in July 2020 at Christie’s first ever sale solely dedicated to the Stretford-born artist. Museums Northumberland was able to purchase Beach Scene thanks to the aforementioned charitable coalition.

“Considering the affection that Lowry had for Berwick, it is surprising that he was not already represented in the museum’s collection. This view of Spittal will be easily accessible to audiences interested in both the artist and the local area,” notes Julia Brettell, national programmes lead at the V&A.

The permanent acquisition of a Lowry work represents a significant milestone for the Berwick Preservation Trust, which in 2004 established The Lowry Trail to commemorate the painter’s affection for the area.

The route features spots captured by Lowry in a wide array of paintings and may now be extended to incorporate the littoral village of Spittal, depicted in Berwick Museum and Art Gallery’s prized new display.

Aside from its eagerness to host locally significant content, Museums Northumberland places local communities at the heart of all its operations. This was evidenced most recently by the organisation’s decision to invite nearby residents to share their views on the current and future collections decision making.

Local pride is very important to the community straddling the border between England and Scotland.

Jim Evans, vice chair of the Guild of Freemen of the town of Berwick-upon-Tweed, says he has “prints of some of his works hanging on the walls in my home, as have many Berwickers” and labels it a “great pleasure to see an original LS Lowry painting finding a permanent home” in the town.

Beach Scene will be awaiting visitors on the first day Berwick Museum and Art Gallery reopens to the public after lockdown restrictions ease further. Entry to the site is £5 for adults, £4 for concessions, and free for children aged 16 and under, with each ticket also provides the visitor unlimited return visits for a full year.