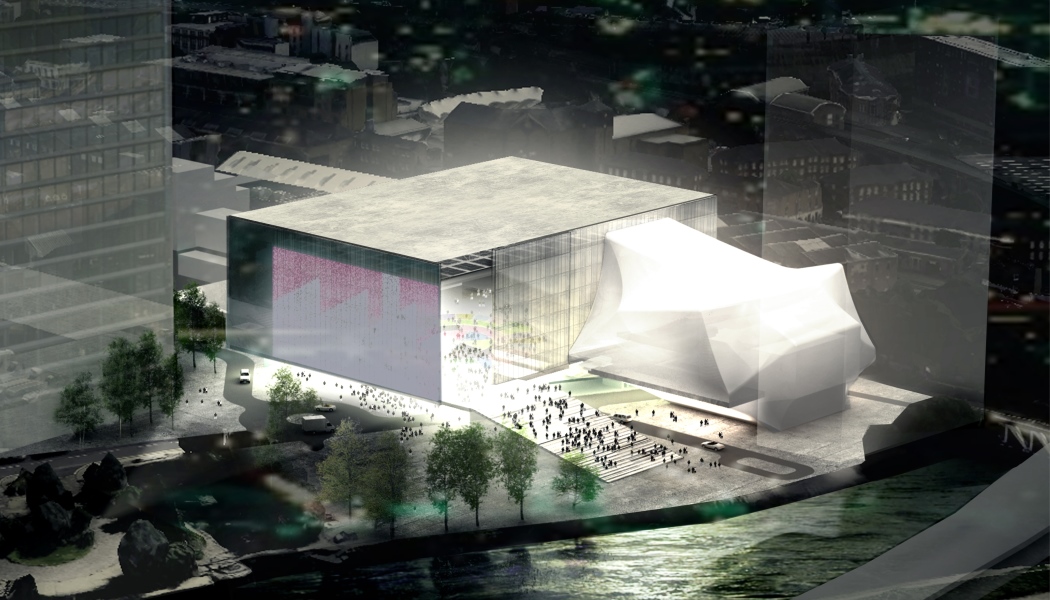 Government backs The Factory – a £110m cultural venue in Manchester

The government pledges £78m to The Factory, including revenue funding for the project of £9m per annum from 2018/19 as part of its Spending Review

The Factory will be a new kind of large-scale venue that will be a flagship cultural centre for the North and North West, commissioning original works in partnership with leading national and international organisations.

The venue will build on the success of the Manchester International Festival and create innovative commissions all year round, playing a significant role in the next phase of economic and cultural evolution in the North.

Rem Koolhaas’ Office for Metropolitan Architecture (OMA) has won the international competition to design The Factory and the project will be OMA’s first major public cultural building in the UK. OMA’s projects include the recently completed Garage Museum of Contemporary Art in Moscow (2015) the Fondazione Prada in Milan (2015) and the CCTV headquarters in Beijing.

The Factory will be designed to be large enough and flexible enough to allow more than one new work of significant scale to be shown and/or created at the same time, accommodating combined audiences of up to 7,000.

It will make and present a wide range of art forms and culture, incorporating theatre, music, dance, technology, film, TV, media and live relays, scientific advancements and the connections between all of these.

“The importance of The Factory cannot be overstated. It will be of international significance, the cultural anchor for the next phase of economic and cultural regeneration in Manchester, Greater Manchester and beyond,” said Sir Richard Leese, Leader of Manchester City Council. “It will help power Manchester and the wider region towards becoming a genuine cultural and economic counterbalance to London, as well as being a place where inspirational art is created.”

Investment in arts institutions has played a significant role in making Manchester the third most-visited city in England and it is calculated that within a decade it will help create the equivalent of nearly 2,500 jobs adding nearly £140m to the local economy.