The Culture, Media and Sport Committee today released a report that states there is a clear arts funding imbalance in favour of London at the expense of tax payers and lottery players in other parts of the country, which must be urgently rectified.

This goes against comments made in a report published on M+H Advisor yesterday, focusing specifically on museum funding, in which Arts Council England’s director of museums John Orna-Ornstein said 90 per cent of funding goes outside of London.

The Committee’s Works of Arts Council England report acknowledged that since 2010, the Arts Council has seen its grant in aid fall by a third, a situation that has prompted cuts in staff numbers and difficult decisions about where to target support. 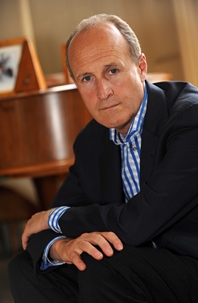 Sir Peter Bazalgette, Chair Arts Council England siad he shares the committee’s desire for a speedy response to the historic challenges to rebalancing

The Arts Council distributes £600m of taxpayers’ and Lottery money each year year and the Committee’s conclusions follow a separate report a year ago which said arts funding from central government amounted to £69 per head in London and £4.60 elsewhere in England.

“While some of the imbalance can be explained by London’s status as a capital city and world centre of culture, the Committee says the Arts Council must do more to redress the balance,” the report stated.

“It should also be far more robust with local authorities, especially those like Westminster that do little to support the arts themselves.”

– A fairer redistribution of funding could be accelerated in the event of any future increase in Arts Council grant in aid, which should be earmarked for the English regions beyond the M25 area.

John Whittingdale MP, Chair of the Committee, said: “There is a clear imbalance in arts funding in favour of London – which the Arts Council itself admits. This is unfair on tax payers and lottery players in other parts of the country, as well as limiting access to cultural opportunities and enjoyment across the country.

“We heard evidence of well thought out proposals to help redress the balance, starting for example with lottery funding.

“We welcome the efforts already being made by the Arts Council to shift lottery funding outside of London but would like to see this done faster.

Whittingdale also criticised ‘a few local authorities’ which he said: “Appear to fail to recognise the value of supporting the arts and we see little point in pumping public money into areas that do not particularly want or need it.

“We would expect that the Government Minister with responsibility for the arts should use his position to champion the arts at every opportunity, not least in conversations with local authorities.”

Sir Peter Bazalgette, Chair Arts Council England said it was difficult to act urgently when its income is shrinking and additional resources would certainly allow for greater flexibility in supporting the ambition to achieve this.

“We share the committee’s desire for a speedy response to the historic challenges to rebalancing,” he said.

“As the report also made clear, one of the crucial factors for the arts funding landscape is the commitment of Local Authorities to support culture during this period of austerity.

“To that end, we fully endorse the importance placed on local partnership working and will continue to use our on the ground expertise and knowledge to build connections and broker partnerships around the country that deliver strong cultural engagement.

“As we head into another election year we welcome arts and culture moving up the political agenda; helping to support cultural education and opportunity, health and well-being, the creative industries and urban regeneration across the entire country.”