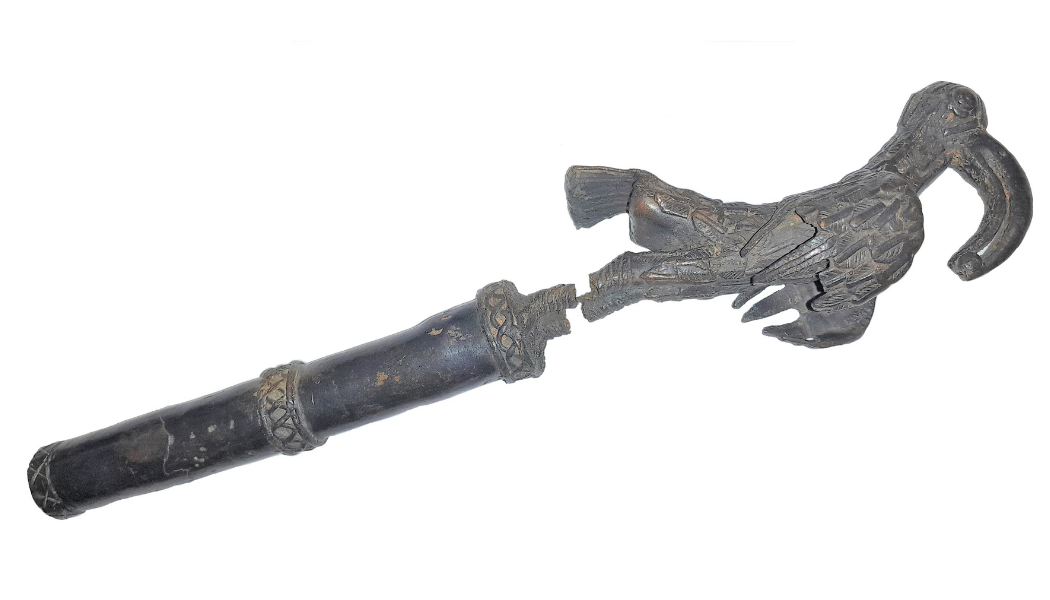 The brass stave is set to be returned to Nigeria in a ‘powerful cultural, spiritual and symbolic act’, said the Director of Tyne & Wear Archives & Museums.

The Great North Museum: Hancock (GNM) is the latest museum which has made plans to return a recently identified Benin Bronze to its country of origin Nigeria.

The GNM reportedly established recently that a Benin Bronze held in its ethnography collection was taken from Benin City by the British military as part of the Punitive Expedition of 1897.

The item, a brass stave with bird finial, is said to be likely a type of musical instrument that was struck with a metal rod during ceremonies.

The stave first was acquired in 1951 with other items in the Wellcome Historical Medical Museum’s dispersal of non-medical items, and incorporated into the collections of the Natural History Society of Northumbria (NHSN).

Newcastle University has overall responsibility for stewardship of these collections, which are managed on their behalf by TWAM.

GNM published its Policy for the Repatriation of Cultural Property in 2020, which outlines a process following a request for the repatriation of an object.

But this return process could differ slightly in process, as the origin of the object was first discovered by the museum.

GNM has contacted the Nigerian authorities about repatriating the stave. Under the museum’s policy, should the return be welcomed, it will cover the costs of packing and shipping the object if there is no specific funding available to the recipients, plus any conservation treatment that may be required.

Keith Merrin, Director of Tyne & Wear Archives & Museums, said following research “we now know for certain that it was taken violently during the Punitive Expedition of 1897.

“It is right to return the stave to Nigeria. Repatriation can be a powerful cultural, spiritual and symbolic act which recognises the wrongs of the past and restores some sense of justice.”

Professor Vee Pollock, Dean of Culture and the Creative Arts at Newcastle University added: “We have no hesitation in returning the ceremonial stave, one of the so-called Benin bronzes.

“As well as an important cultural artefact for the people of Benin, this brass stave is also a symbol of historic injustice and extreme violence.

“A museum, through what it displays, how it relates to its audiences and what it does, should be a place of learning, and we hope that through this process we can work with partners in Nigeria and the National Commission for Museums and Monuments to facilitate better understanding and enhanced cooperation.”

She added: “We are also grateful to colleagues at Aberdeen University for their invaluable advice which has informed our proactive approach.”