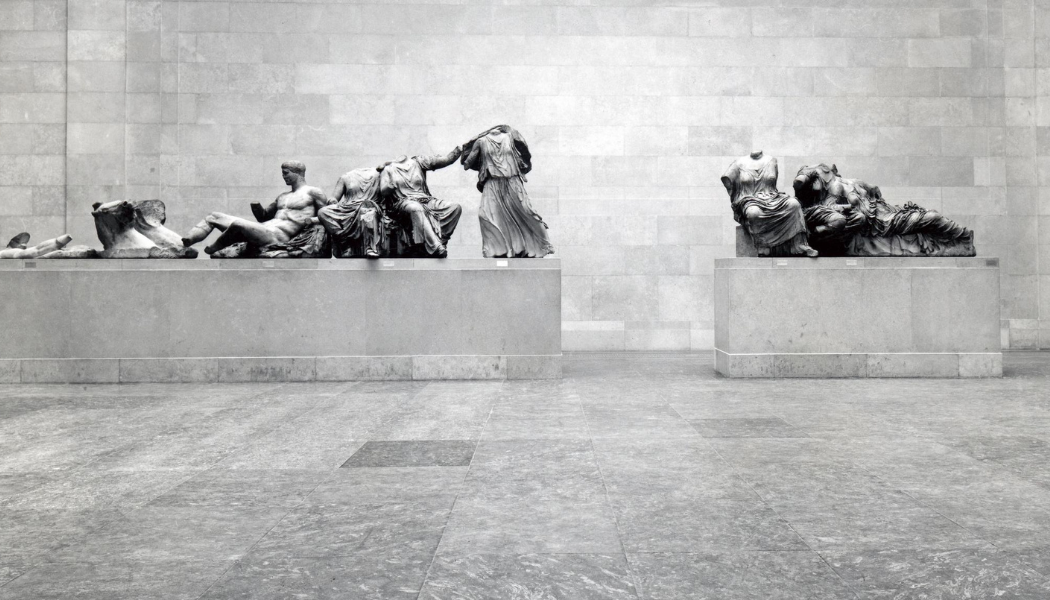 A government spokesperson says the decision rests with the British Museum, which believes the marbles belong to and cannot be safely transported from the museum.

Talks between the leaders of Britain and Greece over the return of the Parthenon Marbles to Athens have failed to end a decades-long dispute.

Over the weekend, ahead of the broad-ranging political meeting, Greek prime minister Kyriakos Mitsotakis made a fresh call for the Marbles to be returned to their country of origin from the British Museum, having repeatedly claimed that the marbles were stolen in the 19th century.

But following the meeting, and prior to news of the discussion’s official outcome, a spokesman for Johnson told the Guardian that the decision lies not with Number 10 but with the British Museum.

The museum’s position is that they belong to Britain and could not be safely returned.

The potted history on which both countries can agree is that Thomas Bruce, the 7th Earl of Elgin, managed to secure an authorization from the Ottoman Sultan for investigation of the Acropolis in the 19th century, and Elgin’s team subsequently removed around half of the sculptures from the Parthenon.

Debate begins over the validity of that removal. The Acropolis Museum claims the authorisation did not include “stripping the monuments of their sculptural decoration.”

But The British Museum claims that Lord Elgin successfully petitioned the authorities to be able to draw, measure and remove figures. Its Trustees maintain that Elgin acted with the full knowledge and permission of the legal authorities of the day in both Athens and London.

That the British Museum Trustees hold the decision on the fate of the marbles, outside of the influence of the British Government, will be of little concern for Johnson, who in March this year told the Greek newspaper Ta Nea that he agreed with the British Museum’s position.

The UK Government’s “longstanding position on the sculptures”, he said, “is that they were legally acquired by Lord Elgin under the appropriate laws of the time and have been legally owned by the British Museum’s trustees since their acquisition.”

But even without a debate over ownership, the return of the marbles – to the Parthenon at least – could not be carried out safely, say the Trustees. The marbles are instead “best seen and conserved in museums.”

Still, Greece continues to request a return having first formally done so 38 years ago.

Mitsotakis had hoped to sweeten the deal in the latest talks, suggesting Greece could send abroad cultural treasures on loan “which have never left the country”, in exchange for movement in talks over ownership.

While the ownership row will no doubt continue, the British Museum claims it has not received a request to loan the items, and that its Trustees “will consider any loan request for any part of the collection.”

However, in an interview with morning show Good Morning Britain, Mitsotakis today said the country was not interested in a loan.

Johnson’s position on the return is of little surprise. While in power, his government’s former culture secretary Oliver Dowden sent a letter to England’s national museums regarding historical objects of contested heritage and the removal of statues.

In the letter, written during heated debate across the country over the removal of statues and reinterpretation of colonial history, he urged museums to align with the UK Government’s stance on contested heritage.

He wrote that “the Government does not support the removal of statues or other similar objects”, and, as publicly funded bodies, museums “should not be taking actions motivated by activism and politics”.