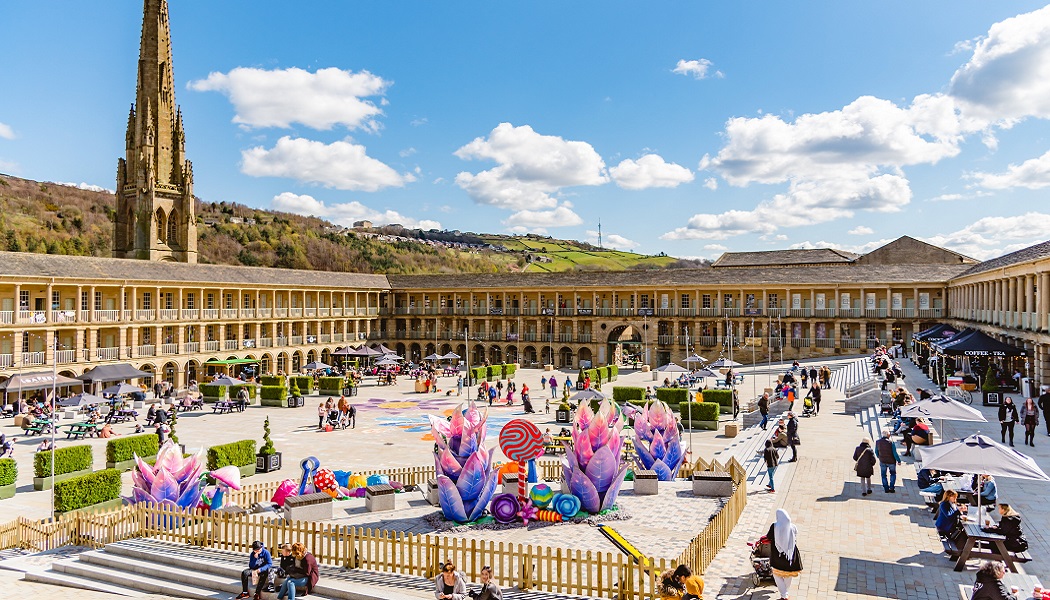 The charitable organisation which operates The Piece Hall in Halifax has announced the appointment of five new trustees, selected to help drive the attraction forward as a unique cultural, heritage, retail, leisure and hospitality destination.

An influx of new talent was deemed necessary after the Grade I listed building recently reopened with a mission to play a pivotal role in supporting the local economy and the wider recovery of Yorkshire tourism in the aftermath of three damaging national lockdowns.

Roger Marsh, chair of The Piece Hall Trust, says the quintet of appointments marks the start of an “exciting new chapter” with the huge potential offered by the “diverse and experienced” individuals selected to support the site’s new strategic direction.

“Our new trustees come from a wide range of backgrounds spanning media, retail, culture and business. We’re confident that their expertise and insights, along with their networks, will play an important part in helping create strategies that will secure The Piece Hall’s rightful place on the world’s stage,” he adds.

A senior buying manager for World Foods, Free From and Health & Wellbeing at Morrisons, Ali was awarded Businesswoman of the Year 2011 at the Asian Women of Achievement Awards and received the British Empire Medal in June 2017 for services to diversity in the retail sector

Founder and director of Bradford Literature Festival, which welcomes over 70,000 visitors to Bradford annually, Aslam grew up in Halifax and recalls fond memories of The Piece Hall from an early age

An innovative musician, he has previously served as artistic director of the National Portrait Gallery’s Choir, curated performances at Latitude Festival and Wilderness Festival, and worked as an artistic adviser and collaborator with artists including Elbow and Simon Armitage

Smith has worked on high-profile films including 28 Days Later and Hannibal before moving into digital media to work for the likes of the BBC and The Times. He then co-founded technology company Laduma in 2015 and in 2019 became president of the Really Epic Dog Group, overseeing eight businesses across four continents

Having been head of BBC Yorkshire and editor of BBC Look North over three decades serving local, regional and national audiences on the BBC, Tim Smith contributed to bringing Children in Need to The Piece Hall in 2017 and the Antiques Roadshow into its courtyard the following year

The boardroom shake-up follows the publication of The Piece Hall Trust’s 2019/2020 annual review, which highlights strong pre-pandemic performance. The generation of £26 million for the local economy and attracting more than seven million visitors before the first lockdown last March are singled out by The Piece Hall Trust as achievements of particular pride.

“The Piece Hall is so much more than just a building. It is woven into the very fabric of our town and is something that so many people are proud of,” asserts Nicky Chance-Thompson, chief executive of The Piece Hall Trust.

“In a survey conducted by the Halifax Courier’s, Love Your Town, 8 out of 10 local people felt that The Piece Hall is the best thing about the town. Calderdale Council’s 2019 Visitor Economic Survey identified The Piece Hall as being a key factor in the 14% increase in tourism experienced in the borough. All of this is evidence of our ongoing contribution to the local economy and our important role in helping improve people’s lives and livelihoods.”

Covid recovery: why museums and heritage venues should re-examine relationships with local audiences