Following a concerted rescue effort by the Daniel Adamson Preservation Society, which saved the tug from the scrapheap 11 years ago, and coming more than 30 years after the vessel was taken out of service, HLF’s investment will help restore the Daniel Adamson to full working order so that she can once again carry passengers across the North West’s famous waters.

Currently moored at Liverpool’s Albert Docks and in urgent need of repair, the Daniel Adamson will now be towed to a dry dock, allowing work to begin on a repair and restoration programme, set to be completed during 2015 and entering service in spring 2016.

Once the restoration is complete, people will have a chance to ride on the historic steam ship as part of a programme of cruises on the Mersey, Weaver and Manchester Ship Canal. 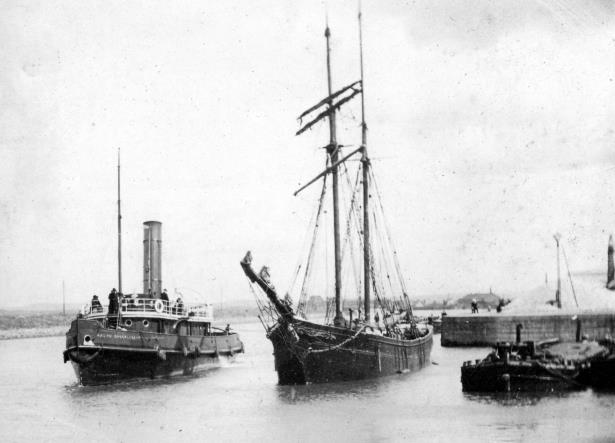 Formerly known as the Ralph Brocklebank, the tug would once ferry poeple from Ellesmere Port to Liverpool. Photogtraphy by DAPS

When not in use, she will be moored outside some of the area’s waterside museums as part of a joint education programme to help visitors and school children explore the region’s important industrial and maritime history.

“This huge vote of support also acknowledges the massive effort put in by literally hundreds of volunteers and supporters over the last eleven years, without which the vessel would have been consigned to history years ago.
“The Society continues to grow and mature and will now become not just a preservation society but a group charged with maintaining, operating and displaying this national maritime treasure for generations to come. HLF’s support for restoration costs and continued support over the next five years will mean we will have the best start possible.” 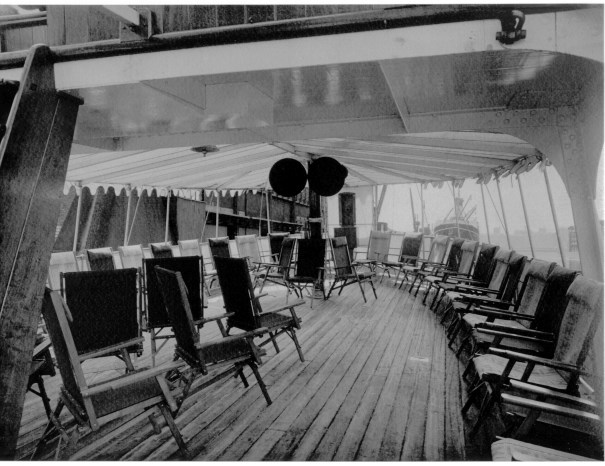 The Daniel Adamson in 1936 with its prom deck. Photograph by DAPS

Constructed in 1903 by the Tranmere Bay Development Company, the vessel was originally named the Ralph Brocklebank after one of the Directors of its owners, the Shropshire Union Railways & Canal Co. Its initial role was to tow barges and carry people and livestock between the docks at Ellesmere Port and Liverpool.

The tug was bought by the Manchester Ship Canal Company in 1921 who later added two sumptuous art deco saloons and an elevated promenade deck in 1936, highly unusual features for a vessel of this type. She has been described by leading experts as a unique example of a transatlantic liner of the 1930’s but in miniature.

After the re-fit, the tug was renamed the Daniel Adamson in honour of the Manchester Ship Canal Company’s first chairman and took on a new role as an inspection vessel for directors and potential users of the canal. She continued this role until she was taken out of service in 1985, transporting VIP guests such as King Fuad of Egypt, the Danish Royal family and General Dwight D Eisenhower when they visited the area.