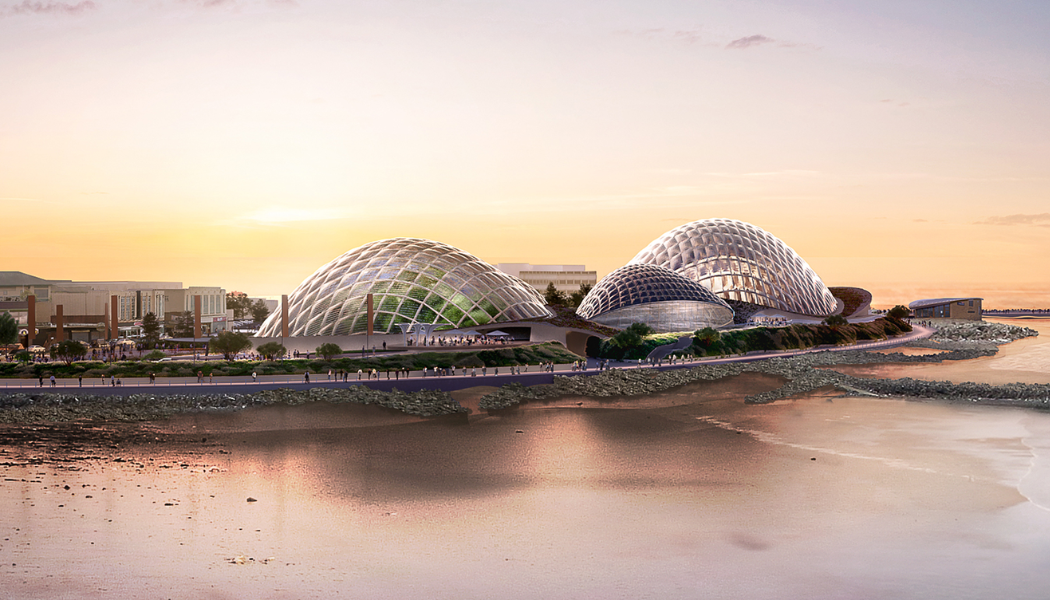 Over 100 projects across the country have been successful in bids for the funding, with £594m of the latest round supporting local heritage site restoration.

The government said £594m of the total investment from this second round will fund the restoration of local heritage sites.

As the allocation is dissected, some criticism has arisen over the spread of the cash across the country. London boroughs, for example, are set to receive more than Yorkshire and the north-east of England.

Successful bids in culture, museums and heritage include the project formerly known as Eden Project North in Morecambe. The largest of the bids at £50 million, it is hoped to transform Morecambe’s seafront with a newly named attraction ‘Eden by the Bay

In Harlow, almost £20 million will create a new music and arts venue by combining the Playhouse Theatre, Gibberd Gallery and the Library to house a new “music school and space for the creative industries”.

£20 million has been allocated to restore and regenerate three industry heritage sites in the Lower Swansea Valley. This includes the Morfa Copperworks and will create new shops, restaurants and market places, and a “major upgrade” to Swansea Museum.

In Gwynedd, £18.8 million will upgrade walking and cycling routes for the National Slate Museum and the Neuadd Ogwen arts centre.

In Aberdeenshire, £20 million has been allocated for Peterhead’s disused Arbuthnot House into a new museum, library and cultural hub, while the marine aquarium in Macduff will be modernised and expanded.

£22 million has been allocated in part for an update of the Rutland County Museum in Rutland to create a “digital visitor experience”.

Nearly £20 million has been allocated for new visitor attractions at heritage sites in Weston-super-Mare to encourage tourism.

Belfast’s Strand Picturehouse will use a £4 million allocation to fund preservation works and to showcase Northern Ireland’s cinema heritage.

In East Lindsey, £8 million has been allocated for three of the Lincolnshire Wolds’ most at-risk heritage and cultural sites. This includes Alford Manor House, a Grade II listed building which will be made part of community visitor complex and Alford’s only remaining windmill, which will be brought back into commercial use as part of a community complex.

Part of a £24 million bid in Kings Lynn will be used for the preservation of the 15th Century South Gate.

£20 million has been allocated to remodel the Palace Theatre in Telford.

£18 million has been allocated to bring back the Grand Pavilion in Porthcawl, which has suffered deterioration.

Denbighshire will receive £11 million to restore the historic monuments in Ruthin, including St Peter’s Church and the town square.

£17.8 million will restore the historic estate in the Vale of Neath, alongside new walkways and cycle paths.

£19.9 million has been allocated to reopen Canterbury Castle and improve historic sites in the area including Clock Tower Square and Poor Priests’ Hospital.

£19.1 million has been allocated to transform the Hexagon Theatre and build a new library in Reading.

In Kilmarnock, £20 million will fund the refurbishment of the 163-year-old Palace Theatre and Grand Hall, and a new park near the town square in.

A total of £20 million has been allocated to restore Haigh Hall in Wigan.

In Sutton-In-Ashfield, £3.1 million will help transform a Victorian underground reservoir into a “science discovery centre and state-of-the-art planetarium”.