Twice a Top 5 hit for The Farm (in 1990 and in 2004), All Together Now, inspired by the Chiristmas Truce, has been re-recorded by a host of music stars including Julian Lennon and Engelbert Humperdinck, with all profits from the release, out 15 December, going to the Shorncliffe Trust and the British Red Cross. 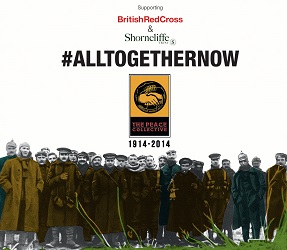 The Shorncliffe Trust in Folkestone is currently working towards creating the UK’s first Heritage Park & Education Centre dedicated to the history and legacy of the modern British Army.

“This is the first time a heritage charity has attempted to get a Christmas Number 1,” said Chris Shaw, Chairman of the Shorncliffe Trust, which he set up in 2006.
“It took three years to land this project through the Trust nagging and bugging the hell out of the The Farm and Peter Hooton the lead singer.
“Heritage is the New Rock n Roll – I hope as many people as possible can support us and help save British heritage at Shorncliffe."

The Shorncliffe Trust will be in Plug Street, Belgium next week at the opening of the UEFA Christmas Truce memorial near the Plug Street Museum.“We feel humbled and honoured to be included in this amazing project,” said Shaw. 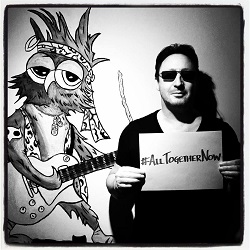 “This charity single symbolises the past, present and future and enlightens our understanding and perceptions of WW1. All together Now by the Peace Collective beautifully commemorates the spirit of the past on that December day in 1914.

"The monies raised will support the great work of the British Red Cross in the present but for the Shorncliffe Trust this about us creating an educational legacy for the future.”

The Trust wants to utilise existing military buildings to convert them into an education centre, museum, heritage reference library, café, craft centre and open the park land to be accessible to visitors.
Its goal is to protect the archaeology on the site which includes the 200 year old Napoleonic redoubt, Victorian pistol & rifle range, WW1 trenches used for training and WW2 defences such as spigot mortar post, pillboxes and underground bunkers.

More than 30 artists have taken part in the The Peace Collective since the original announcement earlier in October and include David Gray, Leo Sayer, Suzi Quatro, The Proclaimers and The Farm themselves. 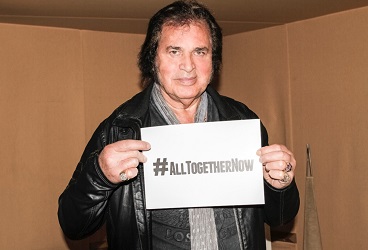 The track features a backing choir of sixty schoolboy footballers from the Premier League and German Bundesliga, with strings and brass provided by the Liverpool Institute of Performing Arts (LIPA).

Peter Hooton, lead singer of The Farm, said: “'I'm so pleased that such an eclectic mix of artists from all over the world wanted to get involved in the new recording of All Together Now.

“For me it's really important that the real message of the Christmas Truce, of peace, hope and humanity is highlighted, and I think this great new version of the song captures this atmosphere and the feeling of unity and togetherness which was so evident during the recording sessions.”

The new recording was produced by Simon Britton and Jon Moon, and executively produced by Suggs (Madness) and Mick Jones (The Clash).