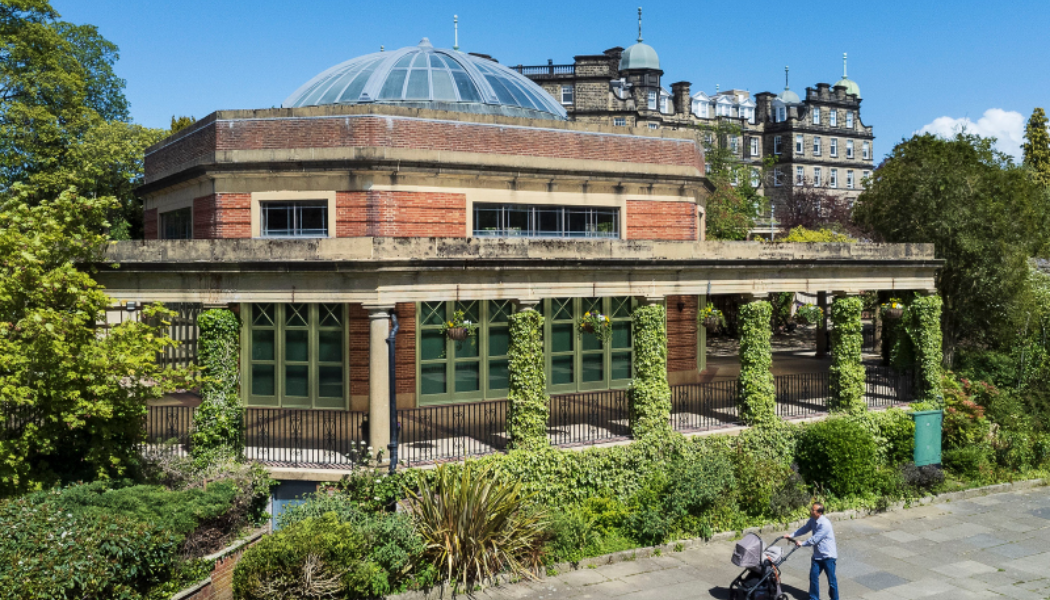 Dotted across the UK, the newly listed sites have links to the Queen’s 70-year reign.

Following advice from Historic England, six historic sites spread across the UK have been listed by DCMS in celebration of the Queen’s Platinum Jubilee.

The new listings are hoped to highlight some of the places linked to Her Majesty’s reign, typically through a visit or her attendance during opening. 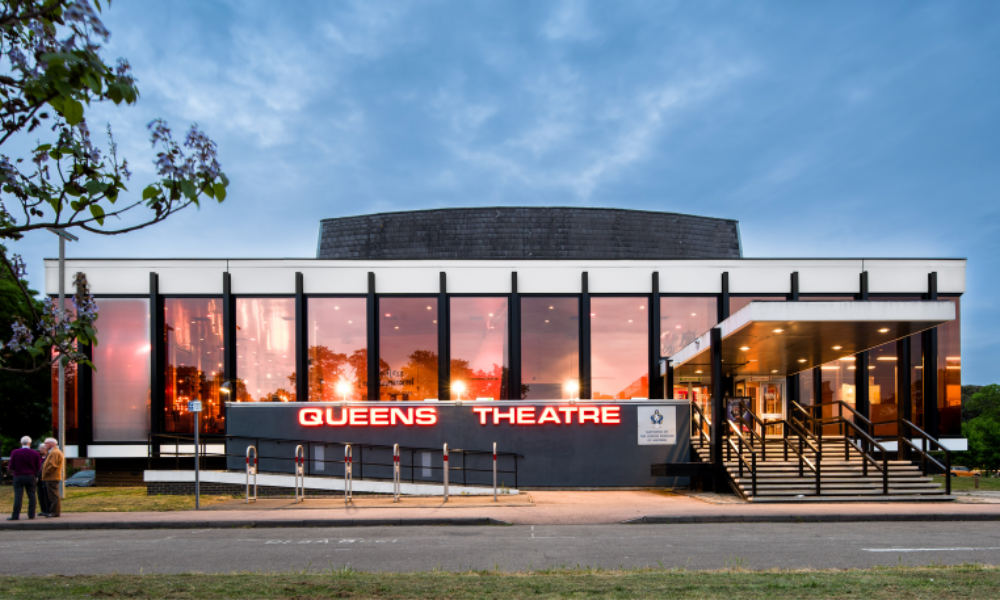 Duncan Wilson, Chief Executive, Historic England said the listings celebrate the “diversity and richness of our heritage overseen by Her Majesty during her 70-year reign, showing how the fabric of the nation has changed and developed.”

Nigel Huddleston, Heritage Minister said “These historic sites provide a fantastic opportunity to reflect on how much life in the UK has changed during Her Majesty the Queen’s 70-year reign. Listing them as part of the Platinum Jubilee celebrations is a fitting way to pay tribute to the longevity of her service.” 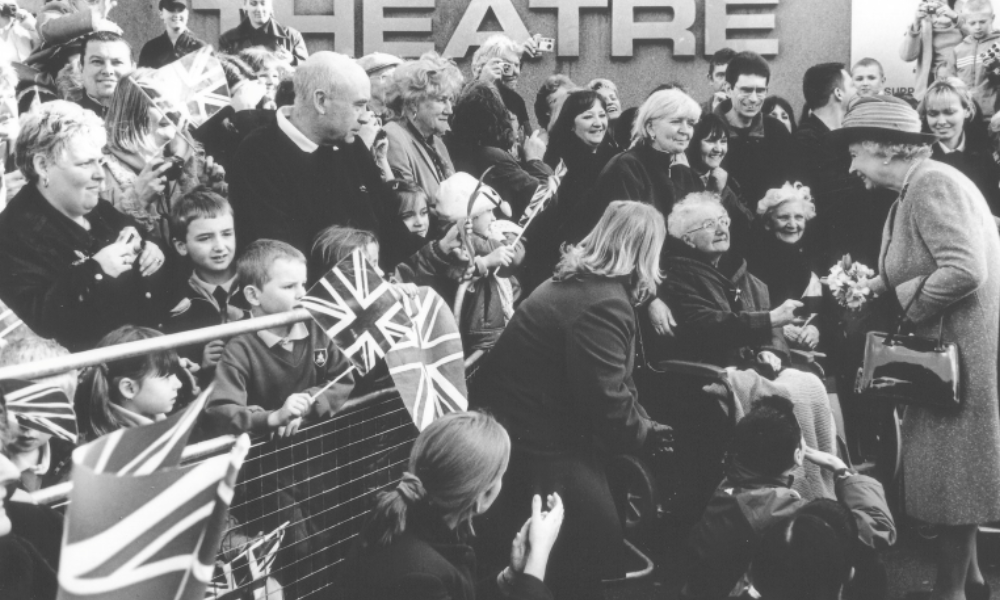 Her Majesty meets crowds outside during a visit to the Queen's Theatre, Hornchurch in 1993, during the Diamond Jubilee year. The visit celebrated the 50th anniversary of the original theatre (c) Nobby Clark

The six newly listed sites add to a list of over 400,000 covering England’s most valued historic places in three grade listings – Grade II, Grade II*[star] and Grade I.

Built in 1863, the Hotel’s location opposite the Great Western Railway station made it a popular destination for train travellers between London and the Midlands and contributed to the area’s growing tourism industry following the railway advancements of the Industrial Revolution. In 1950 it underwent refurbishment – the same year in which Princess Elizabeth, now Her Majesty the Queen, visited the hotel as part of a tour of Stroud.

The first church to be built in Birmingham after the Second World War and one of the first to be consecrated during Her Majesty’s reign.

All Saints’ was the first church built in Birmingham after the Second World War. It is a striking design, elegant in its simplicity, named after the All Saints’ Church in Cooksey Road, Small Heath, which was completely destroyed by German bombs. It was moved from this location to Shard End due to a population migration out of the inner city and funded through money provided by the War Damage Commission. Following its construction between 1954 and 1955, it was consecrated on All Saints Day, 1 November 1955. Two days later, it was visited by Her Majesty the Queen and the Duke of Edinburgh during a royal tour of Birmingham. The Queen is reported to have expressed her pleasure at the first achievement of the Diocesan Building Programme for the new estates.

A 1970s modernist theatre, named after the Queen

The Queen’s Theatre was opened in 1975 by Sir Peter Hall, Director of the National Theatre. The Queen visited with the Duke of Edinburgh in 2003 to commemorate the 50th anniversary of the founding of the theatre on its original site, which also coincided with the 50th anniversary of Her Majesty’s coronation, the reason for its naming as Queen’s Theatre. The visit is commemorated with a plaque still held by the Theatre.

The youngest building to be listed for the Jubilee, made using pioneering archive design techniques

The archive building of Hampshire Record Office, completed in 1993, was designed by noted architect Sir Colin Stansfield Smith, designer of many large-budget public schemes, in collaboration with the county archivist Rosemary Dunhill.In recognition of its architectural achievements, the archive was awarded a regional RIBA award in 1994. The archive was formally opened by The Queen on 19 November 1993, during which she unveiled a wall plaque on display in the main entrance. She was accompanied by Prince Philip who commented on how the building resembled a cruise liner.

After a period of decline in the 1980s, the site was restored following a campaign led by a passionate local citizen Anne Smith and supported by celebrities including author James Herriot. In 1998, the Sun Pavilion was officially re-opened by Queen Elizabeth II, and in 2018 celebrations were held to mark the 20th anniversary of Her Majesty’s visit.

Construction on the M62 ended in 1970 with the completion of the final stretch through the Pennines. The new motorway opened to traffic in 1971 and became the country’s highest motorway, reaching a summit of 372m across the Lancashire-Yorkshire border. It was officially opened by Queen Elizabeth, and two plaques on pyramidal marker stones were constructed in commemoration of the achievement, one on each side of the M62, which runs through the two counties. In place of county names, the markers instead display the historic symbols of the Red Rose of the House of Lancaster and the White Rose of the House of York; as well as highly recognised emblems of the two historic counties, the rose motifs are a reminder of the historic rivalry between the two, and the later bringing together of the flowers by the house of Tudor. The markers further reference the motorway’s surroundings through the use of local Pennine aggregate and stone in their construction.

The listings follow Historic England’s recently-launched educational online story map, which shows The Queen visiting heritage sites throughout the country as a celebration of the Platinum Jubilee.