New and revised listings in North Shields, Bristol, Chelmsford and Leeds have been announced to highlight the stories of the important figures behind the locations.

A church in North Shields, a pair of houses and statue in Bristol, a gravestone in Chelmsford and a grave memorial in Leeds are the focus of new and amended listings made by DCMS to mark Black History Month.

The listings, made on advice from Historic England, are hoped to highlight the stories of the important figures behind them and their part in Black British history.

Historic England said the listings and amendments are the next of many cultural projects that it aims to deliver, “to shine a light on the diversity of our heritage”.

The two new listings are a portrait bust by Zimbabwean artist David Matusa in tribute to actor, poet and playwright Alfred Fagon has been listed at Grade II. The statue was erected in 1987 in his adopted home city, Bristol.

In 1996, to mark Fagon’s contribution to theatre, radio, television and film, The Alfred Fagon Award was launched to recognise Black British playwrights in the country. The first award was made in 1997.

Historic England said the listing “celebrates this bust’s special architectural and historic interest and gives it a form of protection for future generations”.

The second new listing is of a rare gravestone belonging to Joseph Freeman, a formerly enslaved man from New Orleans who liberated himself from enslavement, and who died in Chelmsford in 1875.

“This memorial to an enslaved African American who sought refuge in England between the Fugitive Slave Act of 1850 and its abolition in 1864, is of considerable importance both nationally and internationally”, said Historic England.

“It provides tangible evidence of formerly enslaved African American people in England. Highlighting the story of one man and his remarkable courage to escape servitude in New Orleans, this gravestone is an evocative reminder of the human impact of the Transatlantic Slave Trade.” 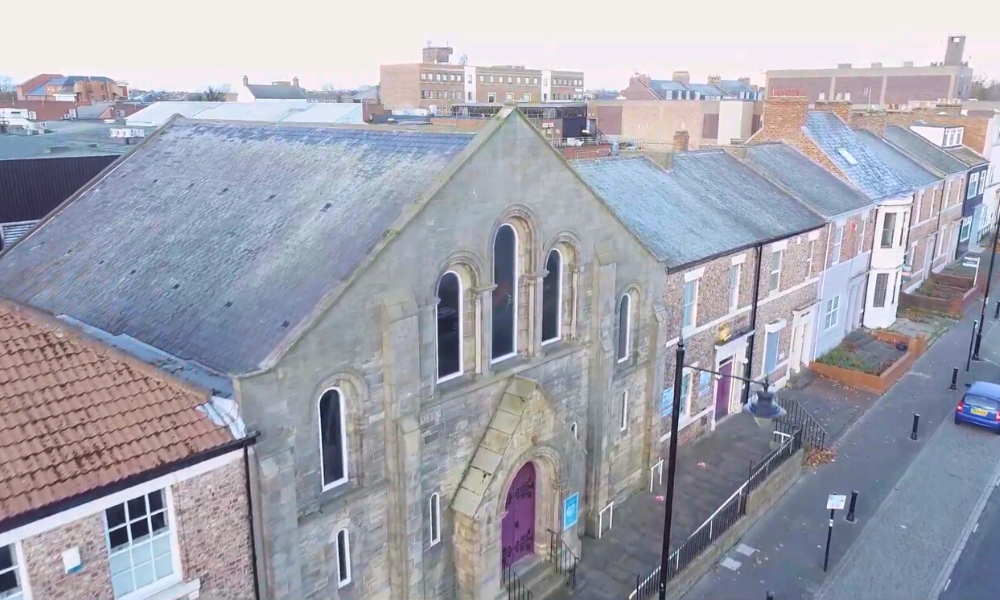 Revised listings include the Grade II listed Baptist Church, North Shields. The church is one of the venues that welcomed abolitionist Frederick Douglass during his tour of the UK in 1846, speaking on the system of slavery.

Amended listings also include a pair of houses, numbers 6 and 7 Christmas Steps in Bristol. The attached houses with former shops at ground level are now rare due to bombing in the Second World War. A new amendment is to mark that number 7 was the residence of Carlos Trower in the 1870s.

Historic England said Trower, who was known by his stage name ‘The African Blondin’, was a high rope artist, and “his self-liberation from enslavement in America was followed by a prolific career developing and performing circus acts to large audiences in this country and internationally.

The List entry for the Grave memorial to Susannah and William Darby has also been amended to “highlight the extraordinary story of Darby and his wife”.

“Born around 1801, Susannah died on 18 March 1848 when the gallery seating at her husband’s circus collapsed on her during a performance. Her husband, William Darby, was more widely known under his professional name of Pablo Fanque. He was one of the most successful circus impresarios in Victorian England and the first Black circus owner in Britain.”

“It was one of his adverts, for one of the many charitable performances that Fanque staged, that inspired John Lennon to write the 1967 Beatles song “For the Benefit of Mr Kite”. Fanque regularly held performances to raise money for fellow circus performers in need because of retirement or ill health.”

Heritage Minister Lord Kamall said of the new and revised listings: “Black History Month is an important time to celebrate and reflect on the diversity of our heritage. These new listings will preserve important pieces of our history and make sure the stories behind the landmarks are told to new generations.”

Duncan Wilson, Chief Executive of Historic England, added: “The stories highlighted by these new listings and amendments are fascinating and important additions to The National Heritage List for England. These new additions are part of our ongoing commitment to recognising and celebrating our diverse heritage.”