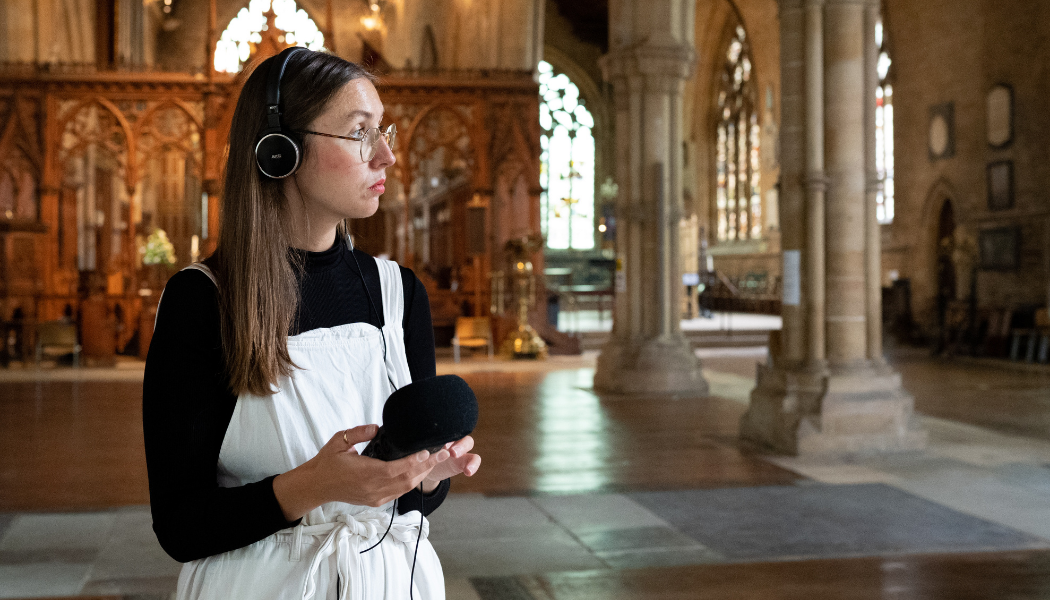 Interviews, tales of community history and found sound make up a new series of audio walks through six of the UK’s high streets, as Historic England hopes to breathe new life into the areas.

A total of 9 UK-based artists were commissioned to create 6 immersive audio walks which make up the High Street Sound Walks project.

The project is part of the High Streets Heritage Action Zones Cultural Programme, led by Historic England, which aims to make high streets more attractive to work and spend time in. The project also has support from the People’s Postcode Lottery.

Listeners are able to stream and download the sound walks from Historic England’s website and take a self-guided route supported by an illustrated map, at their own pace. 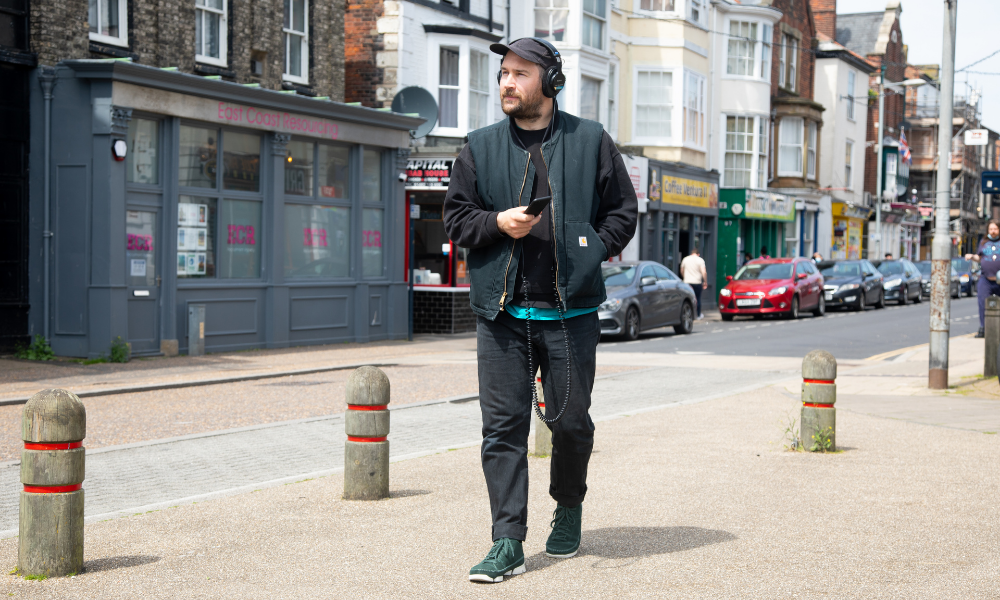 ‘Traces & Echoes: Resounding Grantham’s High Street’ by Sandra Kazlauskaite (Grantham)
Kazlauskaite’s sound walk guides listeners through the St Peter’s Hill and Westgate areas of Grantham, incorporates a collage of local residents’ memories across generations and found sound, to tell a story about the histories of the high street.

‘Knapped Flint Cracked Concrete’ by Oliver Payne (Great Yarmouth)
Payne’s sound walk explores the contrast and diversity of Great Yarmouth’s high street, taking a journey amongst shops selling used electronics and Eastern European groceries next to pop-up spaces, medieval architecture and decades-old market traders, with sounds including a medieval Row to the loud and vibrant music heard from outside a barbershop.

‘A Reading of London Street’ by Aundre Goddard and Richard Bentley (Reading):
Goddard and Bentley’s sound walk takes in well-known local landmarks including the Central Club, Global Café and Great Expectations Pub. Local voices tell stories of the street’s community, food and nightlife while imagined characters from the times of Charles Dickens, Dr Addington, and Huntley & Palmer biscuit makers are brought to life.

‘Barrovia’ by Dan Fox (Barrow-in-Furness)
Fox’s sound walk includes personal stories such as the tale of a mother who survived the Luftwaffe’s bombing of her house, and subsequently walked up Duke Street in her nightclothes to a relative’s house with her pet budgie in a cage. Listeners will explore high street landmarks including iconic shops, businesses and the clubs of Cornwallis Street, alongside and civic events like the carnival and the centenary of the town hall.

Historic England has worked with writer and subtitling specialist Mark Kirkbride to produce creative writing pieces that interpret the sound walks for deaf and hard-of-hearing people.

The artists developed the sound walks through visiting and recording the high streets, creating unique audio records of the sites, their inhabitants and their histories.

The guides, produced by Sounds UK, include on-site sound recordings and audio collages as well as the voices of local people and stories of local landmarks and community history. 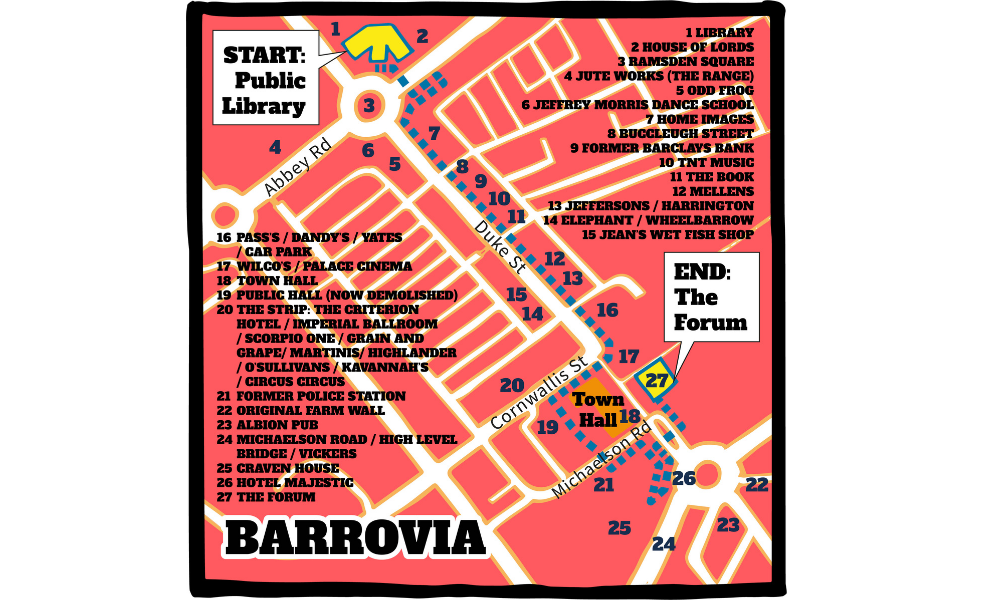 Ellen Harrison, Head of Creative Programmes and Campaigns, Historic England, said: “We hope these new High Street Sound Walks will enable people to slow down, pause and reflect, and to experience their familiar environment in a new way.

“The audio experiences aim to connect listeners with the hidden sounds of the high street, transforming the everyday into something enlightening and new.”