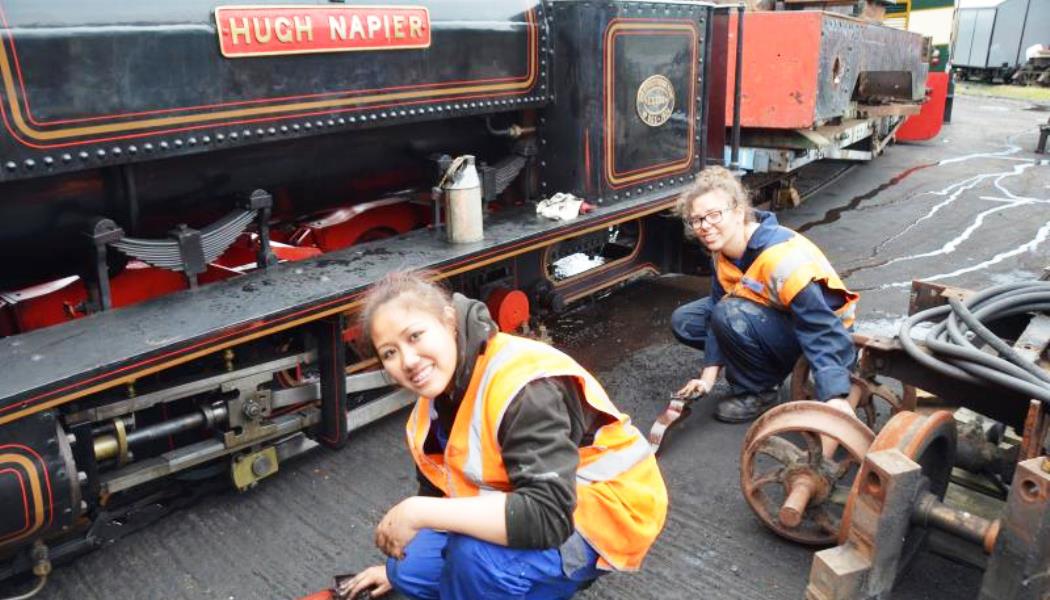 HLF to invest £10.1m in Skills for the Future

The Heritage Lottery Fund has pledged £10.1m to 18 projects across the UK to help train a new and more diverse generation of heritage craftspeople, digital specialists and entrepreneurs

This funding is part of a wider commitment made by HLF in the Government’s Culture White Paper. It will address specific skills shortages to ensure buildings, landscapes, species, industrial heritage and museum and archive collections are sustained for the future, as well as developing important public engagement skills.

First launched in July 2009, Skills for the Future has been a hugely successful grants programme with 75 per cent of past trainees securing a job in heritage following their training.

A strong focus in this latest round be placed on people who may never have considered a career in heritage with opportunities for ex-servicemen training as dry stone wallers, young novices working on historic ships, women training as steam boiler engineers and people from areas of high unemployment working in museums and visitor attractions.

“It’s simple yet highly effective: trainees paired with experts gain access to knowledge plus practical, paid, on-the-job experience,” said Sir Peter Luff, Chair of HLF. “There is no quick fix to this problem. The heritage sector has been slow in widening the profile of its workforce and as a consequence is on a long-term learning curve.”

Projects that have received HLF’s support include:

Thirty-four people will undertake 12-month placements at 22 organisations including the Brent Museum, Geffrye Museum, London Transport Museum and Valance House Museum, Barking. Priority candidates will be under 25, from black, Asian and minority ethnic backgrounds, or from lower socio-economic groups. The project will include training in conservation, collections management, digitisation and public engagement.

Eight people will train over two years as dry stone wallers to address an ongoing skills shortage. Trainees with no previous experience will be targeted including ex-servicemen and ex-offenders.

Twenty trainees, many of whom will be women, under-25s and people from minority ethnic backgrounds, will learn essential skills to work on heritage railway visitor attractions. The training comprises work placements at various heritage railways and includes learning mechanical engineering and joinery skills.

Twenty-seven trainees from a range of backgrounds and based in museums across the UK will train in digital data management, preservation and access. This will enable them to become champions for digital training in the sector and help to place digital best practice at the heart of museums’ work.

Thirty-four people, many drawn from local communities, will have the opportunity to train as shipwrights in Blyth, Northumberland. Placements will focus on specialist skills currently at risk of being lost such as the rigging and repair of wooden ships.

Ulster Wildlife Trust will train 21 people over a three-year programme in natural conservation skills, both marine and land based. Recruitment will prioritise under-24s, those from a minority ethnic background and people with disabilities. The Trust will work in partnership with a number of other organisations, including the National Trust and Butterfly Conservation.

Sixteen participants will learn how to overhaul to overhaul the mechanical components of steam locomotives, ships and road vehicles. The project will recruit trainees from areas of high unemployment.

The other 11 successful applicants are: