Thanks to £70,000 funding from the DCMS/Wolfson Museums and Galleries Improvement Fund new displays have been created and visitor access to the original 1901 Gallery has been improved, allowing the Horniman to re-introduce visitors to its historic Natural History Gallery and collection, bringing more of its stored collection out onto public display. This includes a new space to show the work of artists, and others, inspired by the Horniman.

Jo Hatton, Keeper of Natural History said: “This is a wonderful opportunity for us to display more of our stored collection and share our finest natural history ‘treasures’ with our visitors. The new displays showcase a wide range of exciting specimens, some of them old favourites, and include spectacular taxidermy specimens, Horniman butterflies and beetles – named for our founder Frederick Horniman – and fabulous fossils.”
Areas within the redeveloped gallery entrance explore the museum's longstanding fascination with nature and how it was, and still is, integrally linked to our everyday lives. Areas are dedicated to the origins of Frederick Horniman’s natural history collecting and the formation of his founding collection; how the collecting and discovery of new species fuelled a thirst for knowledge and an ongoing passion for nature amongst collectors and the general public alike; how the practice of taxidermy thrived in the 19th century and how it was increasingly used in home décor and incorporated into fashionable dress, with catastrophic consequences for many species. 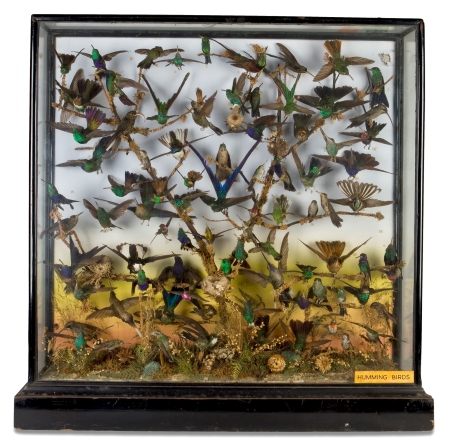 Highlights on display from the Horniman’s collection include:

The new entrance area will also allow the Horniman to borrow interesting large animal specimens from other institutions. It also includes a space for temporary installations by artists, photographers, illustrators, designers, curators and scientists inspired by the Horniman’s collections and displays. 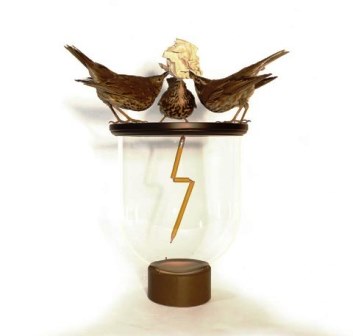 In There Somewhere For No Other Reason to © Polly Morgan

The first exhibition in this space will show works by Polly Morgan, an artist at the forefront of the taxidermy renaissance. Taxidermy Is Dead (Long Live Taxidermy) features Morgan’s new and recent work and illustrates how taxidermy is not a ‘dying art’ but an evolving art form. This display runs until Sunday, 7 June.