Houses of Parliament announce year-long Parliament in the Making programme

These anniversaries will be brought to life through a year-long programme of public engagement across the UK from tomorrow, Tuesday, 20 January – December 2015. The programme of events launches exactly 750 years since Simon de Montfort summoned his Hilary Parliament to meet in the Chapter House of Westminster Abbey in 1265.

The Parliament in the Making programme encompasses the major political and historical events that can be seen as marking the start of a journey towards our modern day rights and representation. As well as acknowledging the past, it will encourage debate about the future of the UK’s democracy. 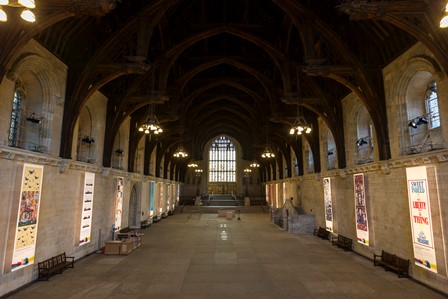 Highlights include a large-scale banners exhibition, The Beginnings of that Freedome, in Westminster Hall at the Houses of Parliament from tomorrow (20 January) and the four surviving original 1215 Magna Carta manuscripts will be displayed in the House of Lords on 5 February. 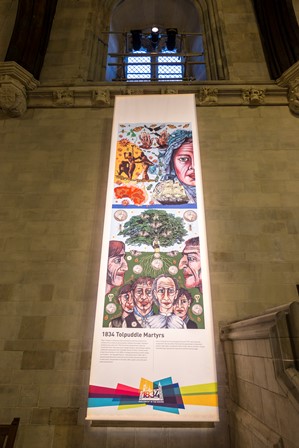 There will also be a 2015 Flag Project with more than 600 UK primary schools taking part in a unique flag-making project inspired by the theme of democracy.

Magna Carta embodies principles that have underpinned the establishment of Parliamentary democracy and the legal system in the United Kingdom and around the world. It limited arbitrary power, curbed the right to levy taxation without consent, held the executive to account, and affirmed the rule of law.

Montfort’s parliament of 1265 built on these principles and included representatives chosen by both the towns and shires to discuss events of national concern – something that ultimately paved the way for the emergence of the House of Commons.

The Speaker, Rt Hon John Bercow MP, said: "Over the past eight centuries the public and their Parliament have shaped society and changed the way we live our lives. The sealing of the Magna Carta in 1215 and the Montfort parliament of 1265 marked the start of the journey towards modern rights and representation, paving the way for the House of Commons and democracy as we know it today.

“Throughout 2015, the Parliament in the Making programme will commemorate these major anniversaries with public events, activities, and exhibitions across the UK, including the opening of Parliament’s Education Centre and the report of the Digital Democracy Commission.”

A video featuring an interview with Professor David Carpenter explaining the connection between Magna Carta, Simon de Montfort and how this laid the foundations of our modern Parliament is also available here.