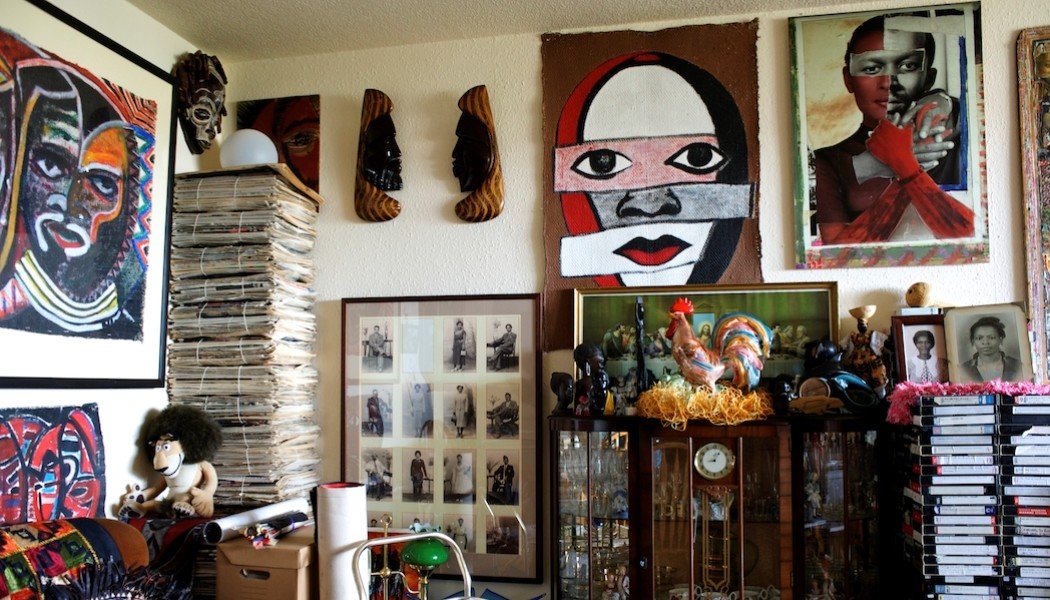 At Home with Vanley Burke is a unique exhibition from Birmingham-based artist Vanley Burke, which sees the entire contents of his flat in Nechells, north-east Birmingham, transported to Ikon’s main exhibition space

At Home with Vanley Burke, which opens tomorrow, will display a vast collection of printed material – posters, flyers, publications – clothes, records, ornaments and countless other items, and provides an invaluable insight into Britain’s African Caribbean communities. The exhibition has been supported by funds raised through Art Happens, the Art Fund’s crowd-funding platform with £5,415 raised in total for the exhibition.

Vanley Burke’s extensive photography holds a mirror up to the lives of the African Caribbean community in Birmingham, and throughout England, and he is often referred to as the “Godfather of Black British photography”. However, Burke, who was born in Jamaica in 1951 and moved to Birmingham in 1965, is also a dedicated archivist and collector of objects relating to black culture in Britain and his flat’s distinctive interior is an embodiment of his compulsive acquisitiveness.

The countless objects that fill Burke’s space, serve as a portrait of religious and political beliefs, artistic activities, fashions, leisure pursuits, food, health issues and many other aspects of everyday life. This exhibition reveals Burke too as a subject of his own enquiry.

Burke’s collection stands as one of the most significant bodies of material in the city of Birmingham’s Archives, and exists in part within the Library of Birmingham; the majority, however, remain in his flat near the city centre.

“This flat is many things, it’s an archive, it’s a gallery, it’s my home, it’s where I collect a part of our history. History is part of a lived experience,” he said. ”It’s those objects which might look so insignificant, so kitsch, but to a lot of people it contains so much information about how their parents lived.” 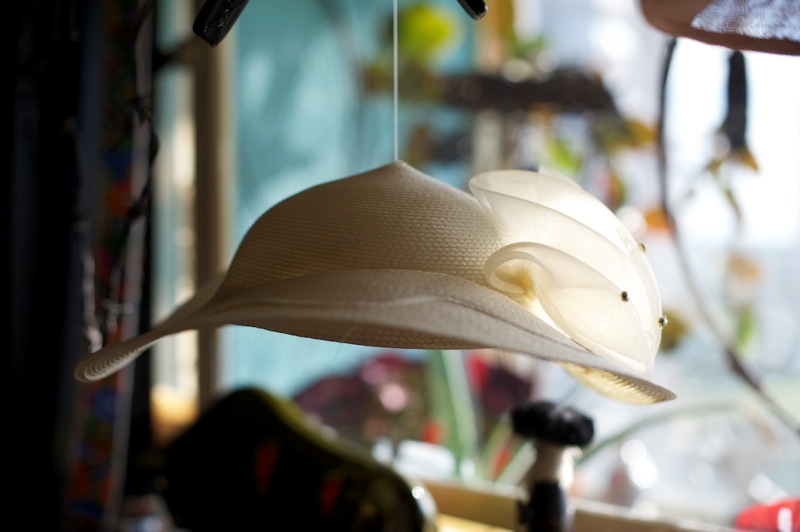 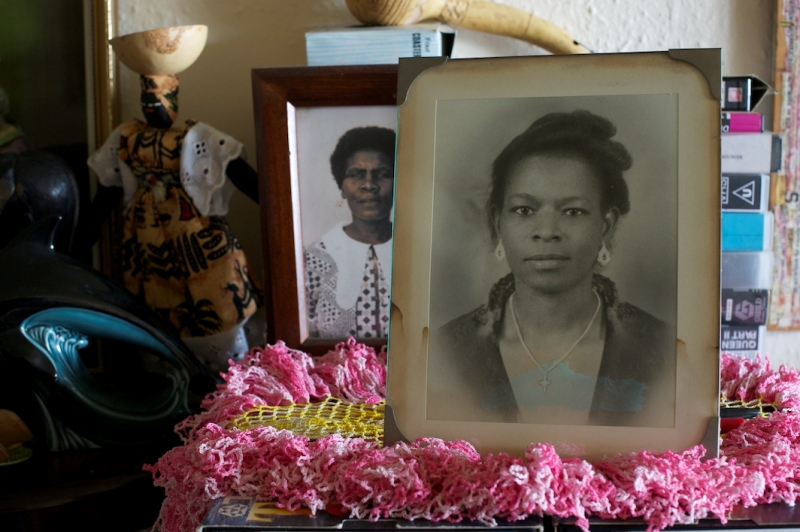 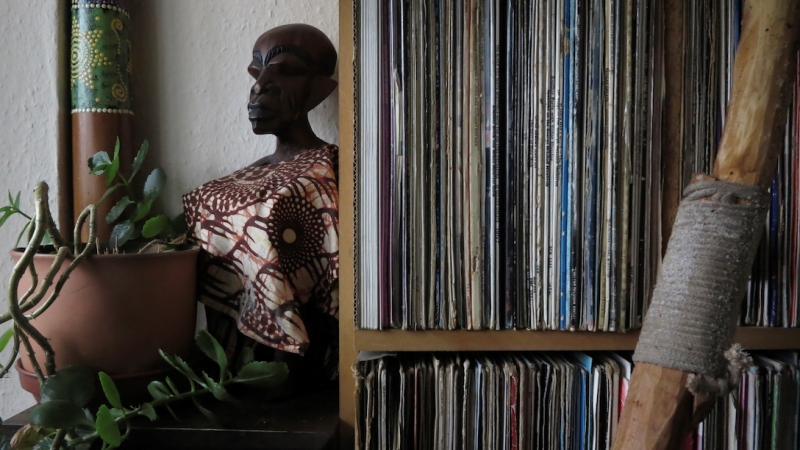 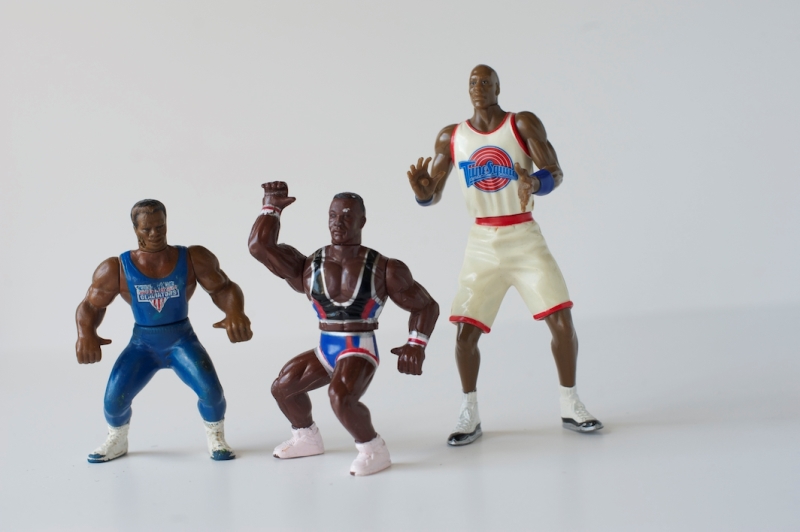 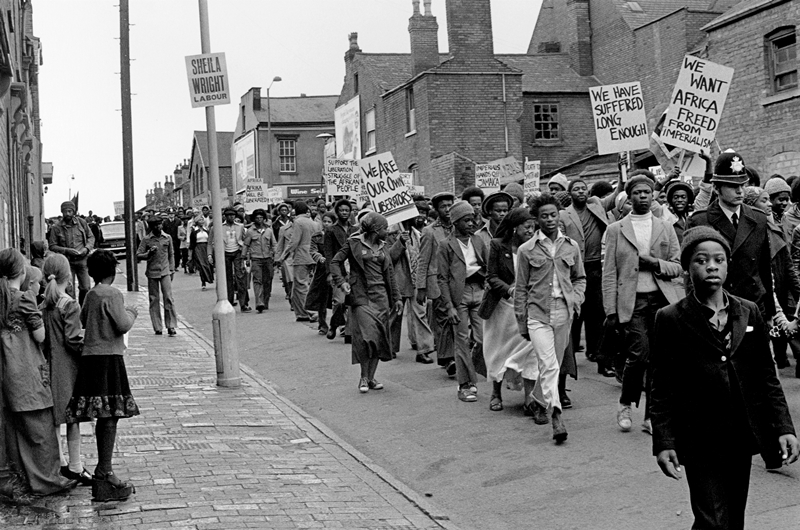 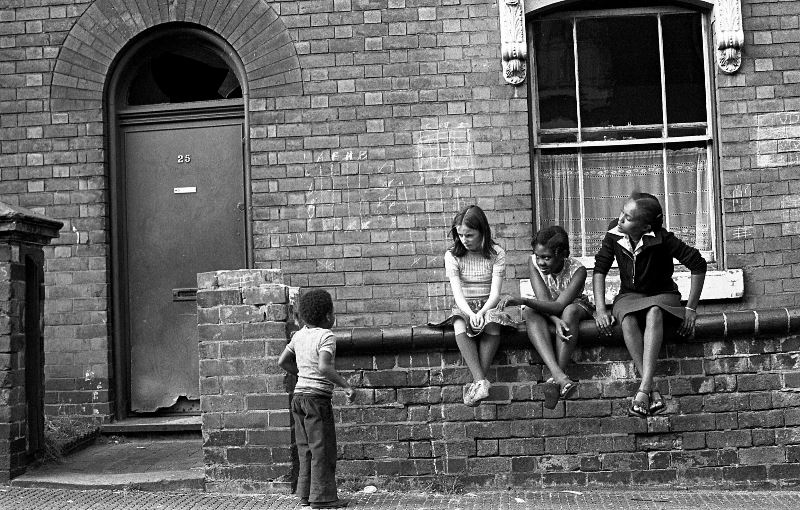 Burke’s extraordinary career as an artist has carried him from capturing the streets of Handsworth, Birmingham during the disturbances of the 1980s to recording black life at the end of apartheid in South Africa. Arriving in Britain in 1965, Burke has documented the experience of black people in the UK for over 45 years, producing what is regarded to be the greatest photographic record of African Caribbean people in post-war Britain.

At Home With Vanley Burke runs from tomorrow until to 27 September 2015.

Vanley Burke was born in St Thomas, Jamaica in 1951 and it was a gift of a Box Brownie camera from his parents, who were living in England at the time, on his 10th birthday, which was to be the catalyst for his photography career.

Burke began taken photographs more seriously circa 1967, a couple of years after joining his parents in Birmingham, and made a conscious decision to document the black community and lifestyle in the second city and throughout England.

Since then he has documented the life of African Caribbean communities, which include mundane happenings to demonstrations and marches including those against Apartheid. His work was first exhibited in Manchester in 1979 and his first major exhibition was held in Birmingham at Ikon in 1983. Since then he has exhibited numerous times in Birmingham and throughout the country.

At Home with Vanley Burke runs until September 2015 at Ikon.