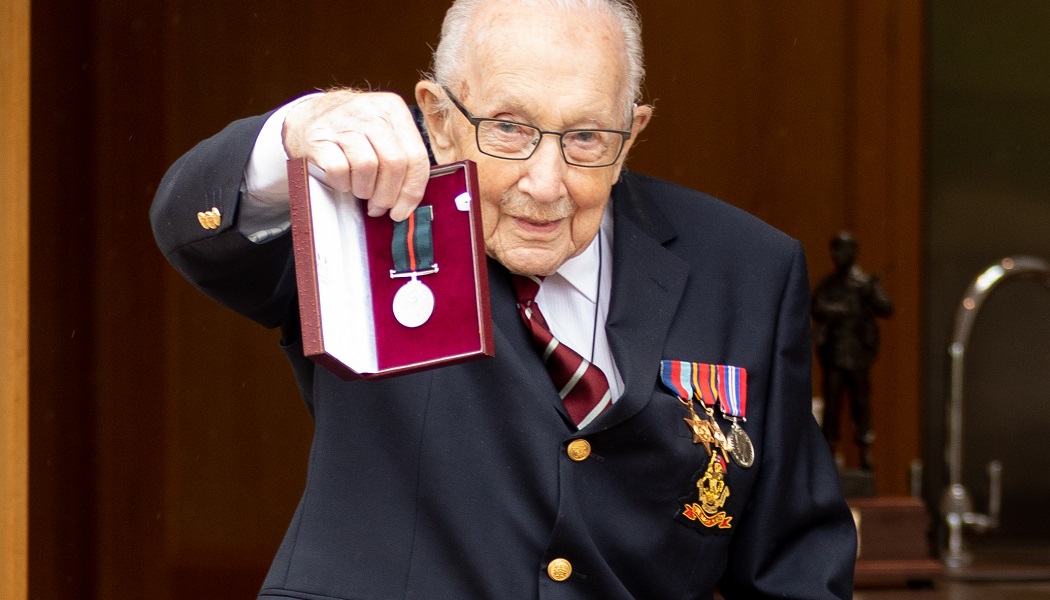 Captain Tom Moore, who has become famous for his NHS charity fundraising effort during lockdown, has been appointed the first honorary patron of Imperial War Museums.

Announced to coincide with the 75th anniversary VE Day commemorations, Imperial War Museums has bestowed the title of honorary patron on the Captain who served with the British Army during the Second World War.

In the role Captain Moore’s name will be inscribed on the donor board in IWM London’s Atrium and he will be invited to a range of exclusive events across the organisation’s five sites. This will include access to receptions, private tours and all gallery and exhibition openings.

“Captain Tom Moore is a truly inspirational individual who has won the hearts of the nation and indeed the wider world during these uncertain times. Having been engaged in the struggles of the Second World War in India and Burma as a member of the British Army, Captain Tom has continued to demonstrate a spirit of resilience and giving through his fundraising efforts for NHS frontline workers,” says Diane Lees, director general of Imperial War Museums.

“We are delighted he has accepted our invitation to become the museum’s first honorary patron and hope to be able to meet Captain Tom at one of our museums in the not too distant future.”

In addition to the Captain’s recognition, the institution marked VE Day 75 by inviting UK households to play a four-minute soundscape via its website, designed to which brings together first-hand accounts of VE Day – all sourced from its archive.